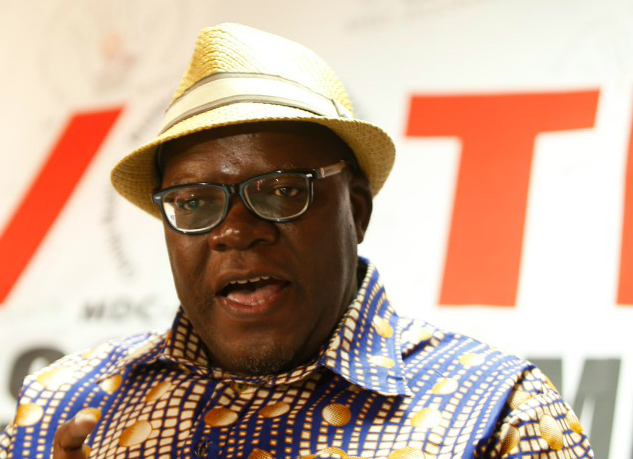 THE MDC Alliance, which is currently rejoicing that Zimbabwe will not feature at the Democracy Summit in the US next month, has once again penned another lie.

The opposition allegedly claimed their vice-president Tendai Biti had been abducted on November 8 2021.

The US will host the first two summits for Democracy from December 9 to 10 2021 and it is not surprising the MDC Alliance wants to create a background to democracy issues in Zimbabwe since they have neither been succeeding in stage-managing nor creating an updated document about democracy.

In fact, ‘democracy’ has proven to be a problem word for the opposition because they equate the word with their power ambitions.

The media was awash with fake abduction news and facebook flew a post on MDCA Western Cape Chamisa on November 9 2021 reading in part:

“Zimbabwe’s leading opposition party MDC Alliance says the whereabouts of its deputy party leader Tendai Biti are unknown after he was attacked and kidnapped at his Borrowdale home in Harare last night.”

After realising that their lie is too redundant since Biti was supposed to represent a client in court on the same day, the MDC Alliance changed their statement, with their spokesperson Fadzayi Mahere calling it ‘fake’ news and instead choosing to sanitise the lie by implying that ‘Biti was being followed’.

This is the extent the opposition has gone in their failure to stomach the progress of the nation under the new dispensation.

There have been previous claims of abduction of MDC members meant to derail Zimbabwe’s engagement and re-engagement efforts.

Zimbabwe has gone all out to ensure the success of engagement and re-engagement; an example being, meeting the Archbishop of Canterbury and presenting the Zimbabwean case that the sanctions imposed on the country are not achieving their intended target is not a move to be looked down upon.

The Archbishop promised to take the letter to the UK Prime Minister, Boris Johnson.

Zimbabwe’s bid to rejoin the commonwealth also shows the country’s commitment to re-engagement.

President Emmerson Mnangagwa spoke to the Commonwealth Secretary-General Baroness Patricia on Zimbabwe’s application recently in Glasgow, Scotland, on the sidelines of the UN Climate Change Conference.

In retrospect, the new dispensation submitted applications to re-join the Commonwealth in May 2018, which culminated in two assessment visits to Zimbabwe by the Commonwealth Secretariat in June 2018 and July 2019.

Zimbabwe had withdrawn from the Commonwealth in 2003 and requires members’ consent to be re-admitted.

A decision was due to be announced during the Commonwealth Summit that was scheduled for Kigali, Rwanda, in July 2020, with Zimbabwe hopeful that its application would be granted but this delayed due to the COVID-19 pandemic.

There are also a number of previous meetings between President Mnangagwa and the Commonwealth Secretary-General.

In another instance, in October, the Minister of Foreign Affairs and International Trade, Dr Frederick Shava, toured Italy, Serbia, Brussels and France in a move meant to strengthen trade, business and diplomatic relations.

Previously, there have been contacts with the US, UK and Belgium on the same mission of re-engagement.

Since the coming in of the new dispensation and its mantra that ‘Zimbabwe is open for business’, Zimbabwe received delegations from the UK, the US, Sweden, France, Germany, Belgium, Italy and Canada in to response to re-engagement efforts.

What to note here is that there is no way Zimbabwe will continue to be in isolation.

Soon after his inauguration, President Mnangagwa sent special envoys to a number of Western countries, like the UK, France, Germany, Sweden, Italy, the Netherlands, Spain and Portugal, with messages of Government’s willingness to start a new chapter and normalise relations by explaining the new policy thrust of engagement and re-engagement.

Moreover, Government has hosted many UK delegations, while many Zimbabwean delegations visited the UK.

All the same, there has been ongoing dialogue between Zimbabwe and the EU both at Ministerial and senior officials’ levels.

The IMF task force was allowed to monitor the implementation of international best practices under the staff-monitored programme to stabilise the economy.

The Government has also been re-aligning existing laws to the 2013 Constitution and amending the existing ones to suit the needs of a modern day State.

These included, but are not limited to, the repeal of Public Order and Security Act (POSA) and the Access to Information and Protection of Privacy Act (AIPPA) as well as amending the Electoral Law in line with the recommendations of the 2013 Election Observer Missions.

The few hints here warrant that the MDC Alliance must change their way of thinking and support a patriotic cause.

Instead of thinking of ways out of sanctions they called for, the MDC Alliance is still pushing for self-interests by peddling lies that project fake problems with regards to democracy.

The MDC Alliance will not allow engagement and re-engagement to flourish because they know that it means they will not get any more attention from their Western handlers.

That is the naked truth and they know it.