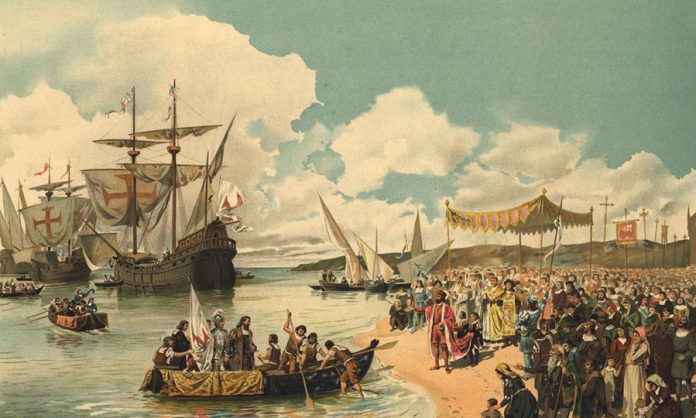 As a result, on the one hand, Mesopotamians had to import a wide range of goods in large quantities, while on the other, they were subject to frequent disruptions caused by migrations and invasions of new peoples.

By contrast, the Nile River Valley of Egypt lay in relative geographic isolation, with deserts to the south, east and west and an inhospitable coastline to the north.

As a result, the Egyptians were seldom invaded successfully until long after their earliest civilisation had disintegrated.

Moreover, Egypt was a land replete with natural resources. Copper, turquoise, gold, limestone and sandstone were found in the desert regions surrounding the valley.

The only serious deficits in the Egyptian supply of necessary raw materials were wood and iron.

Babylon, the greatest city of Mesopotamia, grew to occupy 2 500 acres and controlled an empire that included all of southern Mesopotamia.

The Babylonians and their neighbouring city states later developed the earliest system of economics as we know today, in terms of rules on debt legal contracts and law codes relating to business practices and private property.

Money was not only an emergence, it was a necessity.

The primary occupation of all the people of Mesopotamia and Egypt was agriculture, with grain the principal item of trade.

“Grain was for the ancients what oil is to the modern world,” was said by a commentator.

Like much of the economy of these early civilisations, trade was usually either directly or indirectly under the control of the State or of various religious institutions.

Indications of the extensive roles of the palaces and temples in the economies of the ancient Near East abound in surviving literature which indicates the ruler of Egypt, Pharaoh, collected one-fifth of the harvest from all non-priestly cultivators.

Considerable knowledge of these ancient economies has been derived from archaeological excavations.

The discovery of 20 000 clay tablets and fragments was made in the ancient city of Ebla dating back to 2500 BC.

A fairly clear picture was gleaned from thousands of tablets of what constituted wealth and how it was accumulated at the time.

Records of the Mesopotamian city of Ur in the Second Millennium BC show two merchants of that city would repay their investor a substantial profit based entirely on the initial investment, not a percentage of the profits.

While it is not clear who would bear the burden of catastrophic loss from natural disaster or theft, it is clear that any risk arising from the vagaries of the market were to be borne entirely by the merchants.

These conditions were framed in a contract ‘sworn conjointly by the king’, indicating that the document conformed to the laws of the city and would be enforced by the authority of the State.

Another common pattern is shown in the trading practices of the merchants of the cities in Mesopotamia of Ashur, Babylon and others.

Merchants in these communities were typically organised into guilds – karums.

These were private firms, licensed by the State, that controlled various categories of trade and commerce, most often at State direction.

We know from the tablets that there was a king in Ebla, elected for a term of seven years, apparently by a group of wealthy merchants who ruled with him as a council of elders.

The rulers of Ebla, unlike those of many of the States of Mesopotamia, were more interested in creating a commercial empire than a political one.

The treaties the kings of Ebla made with other States dealt with freedom of movement, the establishment of trading colonies within each State’s territory and matters of taxation, but they most always confirmed the respective States’ autonomy.

Beside facilitating trade with neighboring States, the Government of Ebla was heavily involved in the production process.

Cloth was made in state-owned mills, while similarly during the Munhumutapa empire in the 10th-16th Centuries, the State employed its own smiths and metalworkers to fashion objects from copper, tin, gold, silver, bronze, lapis lazuli, and the like.

This practice of Government ownership of much of the means of production was common throughout the Near East.

One single tablet from Ur lists that the Government’s textile mills had 6 400 tonnes of wool for processing and indicates that as many as 9 000 slaves may have been employed in that State-owned industry.

While it is clear that free enterprise also played a role in the economy, the dominance of the State is apparent – tonnes of silver and gold moved through the Ebla State treasury.

Indeed, although they did not possess money in the sense of paper or coins, the Eblaites used, as an accounting standard, 11-pound gold and silver ingots.

Moreover, gold and silver were used for the purchase of imported goods, including the metals that they refined and fashioned.

If money is defined as a medium of exchange, a standard of accounting and a means of payment, then the Ebla tablets demonstrate that in the Near East, throughout the Third Millennium BC, there was monetary as well as barter exchange.

From evidence from other sites and sources, it is clear that Ebla was not unique in this regard.

Not only were the people of Ebla interested and deeply involved in commerce, but it is very clear that the city-State’s great wealth, like Munhumutapa’s, came from trade.

It has been estimated that the farmers of Ebla harvested enough grain to feed 70 times their own population.

Add to this the surpluses created in the textile and metal industries and the centrality of trade to Ebla’s economy becomes unarguable.

Trade, as with production and so much else in the economy, was in the State’s hands.

Merchants were most often agents and representatives of the Government, with a commissioner overseeing their activities.

In the absence of international agreements protecting trade and commerce, the involvement of the State in some fashion was essential.

Only the government could secure from other governments the kinds of guarantees crucial for the uninterrupted flow of commerce.

Although the Government appears involved in virtually all aspects of commerce, there is no evidence in these documents that prices were established in any fashion other than by market forces.

State control is found in many near-eastern societies, including that of ancient Israel.

King Solomon built a merchant fleet and, in league with the King of Tyre, sent it to Ophir on the Red Sea coast of the Arabian Peninsula.

His merchants returned with more than 15 tonnes of gold.  Traders in his employ are also recorded buying horses in Egypt and elsewhere and then selling them in Syria.

In fact, much of King Solomon’s reputed wealth was generated by acting as an intermediary in the trade between Egypt and western Asia.