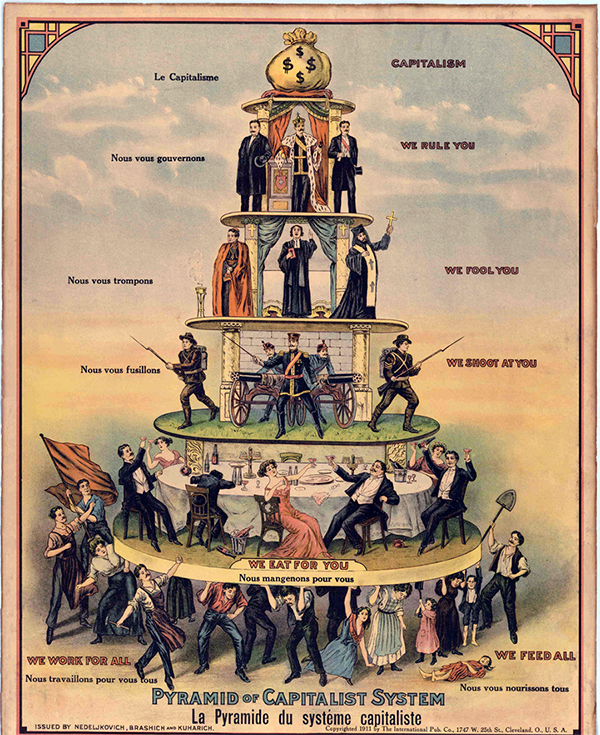 THE entry of so many Germans into the Greek Empire resulted in an amalgamation of the two cultures.

As a result, by the 7th Century, a basic form of land management, known as the Manorial Age, evolved in many parts of Western Europe, involving both dependent peasants and controlling magnates called ‘manorialism’.

In this system, the relationship between the dependent peasants and their lords who controlled large agricultural estates or manors, was roughly standardised.

Peasants would retain the use of strips of arable land for their own maintenance, while owing labour service on lands held by the local noble, baron or high-ranking churchman, such as a bishop or abbot.

Among these labour services would be planting and harvesting the lord’s land and building as well as maintaining property on the manor.

Perhaps a majority of Europeans were serfs — peasants bound to the soil under the thumbs of their respective lords.

However, peasants in much of Europe had specific economic rights.

Their homes, poor as they were, their tools, furniture and some livestock were, in theory, their own property.

They could also own land, though this was subject to conditions set down by their lord.

Peasants were subject to manorial justice, in which the lord was their sole judge.

While they might bring cases against fellow peasants and hope for a just verdict, against the lord they had no rights; and peasants, of course, had to pay taxes to both the lord and the Church.

The capitalism that had marked part of life in the Ancient World had no place in such a society.

Indeed, all conspired against it.

Part of the reason was the Christian religion itself, which at the time considered this life the antechamber for the more important stage — the afterlife and the resurrection.

This, however, was not new; Egyptian religion was based on a similar concept.

But unlike the Egyptians, who considered great wealth an accompaniment to the afterlife, the Christians considered private wealth a sign of vanity, hardly an imitation of the life of Jesus, who told the affluent of his time to give what they had to the poor.

It was all well and good for the Church to enrich itself for the purpose of spreading the gospel, but how might an ordinary person become wealthy except by taking from others, argued the religious establishment, If this wealth could only be acquired in acceptable ways!

This is not to say the medieval economy was without money.

Funds were needed by nobles and knights to obtain armor, ransom for their relatives seized in battle, or provide a dowry for a daughter.

Artisans might borrow money to purchase tools or materials and the matter of interest arose in the cases of such loans.

Usury was condemned by the Church, and lenders usually trod carefully when it came to such things.  The concept of investments in order to obtain profits and wealth was also muted at that time.

As pirate activity in the Mediterranean Sea increased and commerce declined by the 7th Century, Moslem incursions made travel there perilous.

Roman economic institutions were maintained by the Germans until the Moslems effectively closed down the Mediterranean, which cut off Europe from the gold of Africa and compelled the continent of Europe to evolve an economy that was less reliant upon commerce and coinage.

As a result, by the beginning of the 9th Century, commerce had become deeply depressed, although it never vanished completely.

As early as the middle of the 8th Century, Christians in Italian coastal towns and Moslems in North Africa competed with the Jewish merchants.

While Jewish influence in commercial activities continued, in time, others came to dominate European and Mediterranean trade.

Lacking safe access to much of the Mediterranean Sea, the European traders and merchants were obliged to resort to the continent’s rivers and the roads.

However, land travel in Europe, despite the fabled Roman roads, was always slow, expensive and tortuous.

It was also more dangerous without the presence of the Roman military might to maintain order along the way.

In any case, gold and silver were scarce and the possibility for any profit and wealth was severely limited.

It would not be going too far to state that from the fall of the Roman Empire, to around the 12th Century, medieval Europe was not capitalistic in spirit or action.

This is not to say that capitalism was dead in all of Europe; rather, it hardly existed in areas controlled by those people generally deemed to be European, and not all of the continent was under their rule.

To the east lay the surviving remnant of the Roman Empire and its capital, Constantinople, was flourishing commercially, artistically and culturally.

Banking, insurance and other occupations that had grown increasingly sophisticated during the Hellenistic Age continued apace.

In 711, after conquering North Africa, Islamic forces invaded Spain then went on to threaten France, and were finally stopped by the Franks under Charles Martel at Tours in 732.

Moslems took the Balearic Islands, Corsica, Sardinia and Sicily and from bases there dominated the Tyrrhenian Sea, the body of water bounded by Italy and these islands.

They ruled the eastern Mediterranean trade, forcing the remaining European and many Byzantine ships from the waters.

To the east, Moslems had a lively trade with India and China, giving birth to a new economic age. Their ships plied the Red Sea and Persian Gulf, bringing rubies, emeralds and other precious stones from Persia, ebony and sandalwood from India, and spices and musk from China.

A Moslem colony, with diplomatic representation, was a permanent fixture in a number of Chinese ports.  In addition, gold and slaves arrived from Southern Africa.

While Moslems attacked from the south, others invaded Europe as well.

From the north came the Vikings, who traded with Russia; established outposts in Iceland between 874 and 930, went on to Greenland; raided England, Scotland and France; and came to America around 1000.

The Slavs were arriving from the east.

Magyars settled in the Danubian region and threatened Italy itself.

While it might appear that Europe was doomed, the myth of the Dark Ages was just that.

However, during this period, there was much technological innovation and consolidation of power by kings, but European economic life reached its nadir in the 9th and early 19th Centuries.

Even under these trying circumstances, however, some commerce continued, as did the pursuit for money!