Home Feature Money and the pursuit of wealth: Part 17 …the rise of Mapungubwe 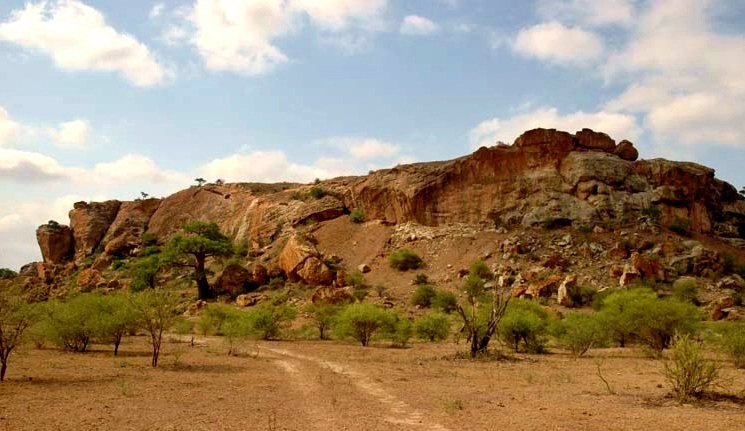 IN sub-Saharan Africa, concurrently with the early-to- late Middle Ages in Europe and elsewhere, there was the development and rise of the Munhumutapa Kingdoms of the royal Korekore rulers.

Tracing the veins of economic power in the ancient people and tribes of Zimbabwe in their pursuit of wealth, we begin with the Iron Age Kingdom of Mapungubwe (c. 900–1000), the pre-MaDzimbahwe and pre-colonial State in Southern Africa located at the confluence of the Shashe and Limpopo rivers. The kingdom was believed to be the first stage in the development that culminated in the establishment of the kingdom of MaDzimbahwe in the 11th Century, and their extensive gold trading links with the Arabs in north Africa, traders along the east coast of Africa and beyond.

The immediate predecessor to the settlement of Mapungubwe was a large settlement of the early Korekore people, labelled the Leopard’s Kopje culture, known as K2 culture.

K2 was a particularly large Iron Age site where the people are believed to have derived from the ancestral Khoi culture.

They were the first Korekore/Shona people to cross the Limpopo River to the south, and established their kingdom where the Shashe and Limpopo conjoined.

They were attracted to the Shashi-Limpopo area because it provided mixed agricultural possibilities.  The area was also prime elephant country, providing access to the valuable ivory that was also part of their trade.

The Kingdom of Mapungubwe was believed to have lasted about 80 years and, at its height, its population was estimated to be 5 000 people.

However, since there are no written records, most speculation about these early Iron Age societies are based primarily on archaeological studies on the remains of their buildings and uncovered artefacts.

Society at Mapungubwe is thought by most archaeologists to be the first class-based social system in Southern Africa; that is, its leaders were separated from and higher in rank than its inhabitants. Mapungubwe’s architecture and spatial arrangement also provide the earliest evidence for sacred leadership in Southern Africa.

Life in Mapungubwe was centred on family and farming.

Special sites were created for initiation ceremonies, household activities and other social functions. Cattle were kept in pens located close to the residents’ dwellings, signifying their value.

The growth in population at Mapungubwe may have led to full-time specialisation, specifically in agriculture, mining, iron smelting, pottery and basket weaving.

Gold objects were uncovered in elite burials on Mapungubwe Hill — the royal hill.

Vast deposits containing a wealth of artefacts, such as glass beads and pottery, were often found in the numerous graves of the villagers.

The spatial division that occurred first at Mapungubwe was later replicated elsewhere.

The kingdom was likely divided into a three-tiered hierarchy with the commoners inhabiting low-lying sites, district leaders occupying small hilltops with the capital at Mapungubwe Hill as the supreme authority.

The elites within the kingdom were buried on hills.

Royal wives lived in their own area away from the king.  Important men maintained prestigious dwellings on the outskirts of the capital.

Mapungubwe became the origin of the Zimbabwe culture.

These Iron Age villagers living at Mapungubwe were generally healthy people due to their nutritious diet.

They adorned themselves with numerous beads made of ostrich eggshell, large land snails, bone and ivory, wore bracelets made of ivory, decorated their clothes and hair with pins made of bone and ivory and wore perforated cowrie shells imported from the East Coast.

Artefacts of animal origin were made by some of the last inhabitants of Mapungubwe and they used polished bone arrowheads and arrow link shafts, similar to the arrows used by the San or Bushmen. Some bone arrowheads from Mapungubwe had flattened front ends into which iron tips were fitted. The people used awls and flat needles made of bone, probably for making clothes from animal skins.

Thousands of glass beads have been found in the middens and graves at K2 and Mapungubwe. Burial customs show that children and adults wore strings of beads in a traditional African way.

Large quantities of these beads were traded through Swahili ports on the east coast of Africa. Trade beads were imported from foreign countries, such as Egypt or India, in exchange for ivory and gold from Africa.

Whole and broken trade glass beads were melted and the molten glass was wound into a prefabricated clay mould to set.

The clay mould was then broken to remove the new garden roller glass bead.

These are the oldest glass objects made in Southern Africa.

Accounting for the rise of the Zimbabwe culture, archaeologists speculated that the shift in power from K2 (Leopard’s Kopje Phase I) to Mapungubwe (Leopard’s Kopje Phase II/Early Zimbabwe culture) was concomitant with an ideological shift which crystallised sacred leadership and class distinction on Mapungubwe Hill in the early to mid-13th Century.

Because Mapungubwe was thought to be the only Leopard’s Kopje site with evidence of class distinction, it was seen as the capital of Southern Africa’s first State which flourished until CE 1290.  Upon its demise, Mapungubwe was followed by Great Zimbabwe (CE 1300-1450), which in turn was succeeded by Khami (CE 1450-1820).

Geographically, Mapela possessed all the advantages of K2 and Mapungubwe.

Archaeological fieldwork established that Mapela contained prestige stone walls with evidence of class distinction, which suggest that the Zimbabwe culture was expressed earlier at Mapela than at K2 and Mapungubwe.

Furthermore, its spatial extent and density of stone walling are indicative that Mapela is the largest known Leopard’s Kopje site in Southern Africa.

Mapela flourished between c.1055-c.1400 and pre and post-dates the generally accepted dates for the flourishing of Mapungubwe (c.1220-1300).

It is situated in rich elephant hunting country close to perennial water sources and within kilometres of a strategic gold belt.

They were the first industrialists with a natural desire for wealth!