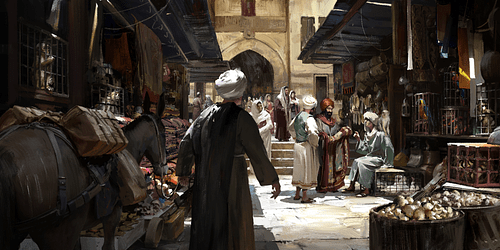 LIKE the Munhumutapas in Southern Africa, Venice became the leading naval power of the time and grew into an imperial force during the early 13th Century, seizing the Sporades Islands off the coast of Crete as well as cities on the Black Sea.

Genoa was defeated in a struggle for supremacy on the Black Sea and the Levantine trade, but continued to control commerce on the Tyrrhenia Sea.

Venetian merchants traded grain, lumber and wine with their counterparts in Constantinople, receiving manufactured goods which they subsequently sold to areas north of the city.

Genoa did not go into decline as a result of the defeats.

In 1293, its Mediterranean commerce was three times that of France, whose kings, along with those of other countries, sent their emissaries to Italy for loans.

In fact, most of the Italian city States prospered in this period of reviving commerce.

In the late 13th and early 14th centuries, with their new ships developed by Venetian naval architects that were more than 120 feet in length, with crews of between 100 and 200 to provide the muscle power, and sails for use when the winds were right, Venetians traded with England and Flanders and even with the Scandinavians.

To these places, they would take spices, cloth, drapery, paper and glass obtained from as far East as China and India and then load for the return trip with wool, hides, leather, iron, lead, tin, pewter and other products, some of which were obtained at the fairs.

A good deal of the trade was indirect.

An Indo-Chinese or Malaysian merchant might travel to China and make a purchase of silk, which he would bring home and sell to an Indian merchant, who might then use it in trade with an Egyptian merchant.

That same silk, sold in Alexandria, might attract a Venetian merchant who would then bring it home for further resale. Some of the transactions were quite impressive and involved violence.

In 1319, Nicoleta Basadona, who served a Venetian merchant as his agent, arrived in London to sell 10 000 pounds of sugar and 1 000 pounds of sweets.

He invested the money he received in wool, and then sailed for Flanders.

Basadona either died or was murdered and the crew sold the wool.

Three years later, the crews of five Venetian galleys docked at Southampton and battled with some of the city’s natives, resulting in deaths and property destruction.

The following year, two Venetian ships were ravaged by the Southamptonites.

However, these Venetian excursions did not elicit any objections from King Edward III, who had close ties with the Venetians and in any case did not want to forgo the taxes he was charging them which constituted an important part of his income.

A combination of naval power, shrewd investments and capable political leaders enabled the Venetian Republic to remain independent until the arrival of Napoleon in Italy in the late 18th Century.

If ever there were superpowers in the Mediterranean world of the 14th Century, Venice was certainly one of them.

Although somewhat surprising that Florence would rise to such eminence, it was one of the leading challengers of Venetian commercial supremacy.

It is landlocked and located a distance from major land routes as well.

The Florentine landscape is rocky and unsuited to most farming as well as lacking in mineral wealth and forests.

While Florence is located on the Arno River, that waterway is not navigable all the way to the Tyrrhenian Sea, and, in any case, could not be used without the sufferance of Pisa and Lucca.

But in1406, Florence conquered Pisa and its port, Porto Pisano, gaining access to the sea.

By then, however, Florentine banking had become so important that commerce played only a secondary role in the city’s fortunes.

Florence’s major asset was its cloth industry, but since the wool in the area was second rate, the prices obtained for the product were low.

Therefore, Florentine merchants purchased wool in northern markets and by the 1330s, the city had become an important source of cloth.

The profits from cloth were used by manufacturers to enter into pawnbroking, money-lending and eventually banking and other activities.

A good third of this sum remained in the land as the reward of labour, without counting the profit of the entrepreneurs.

To be sure, we find that some 30 years earlier, there were 300 workshops, or thereabouts, which made more than 100 000 pieces of cloth yearly, but these cloths were coarser and one-half less valuable because at that time, English wool was not imported and they did not know, as they did later, how to work it.

One of these, the Alberti, left fairly extensive records that indicate how they operated and became wealthy.

The family arrived in Florence in the late 13th Century from Catenaia, some 50 miles to the south, and soon were involved in the wool business.

Three brothers, Alberto, Neri and Lapo started the firm, which began by purchasing wool wholesale at the Champagne Fair.

They then brought the wool to Florence to be dyed at an establishment managed by Lapo. The dyestuffs were purchased from merchants who obtained them from the East.

An account book dated 1307 documents the shipment of 466 bolts of cloth, which was a sizeable amount for the period and an indication that the Alberti Family were doing well.

A partnership contract from the following year provided for the partners to invest all of their funds in the company and receive a minimum dividend of eight percent.

There were minimum contributions, but the partners could add to this and receive the same return on the supplementary funds.

At that time, the company had agents in Venice, Naples, Barletta and Milan. By 1348, there were offices in London, Majorca, Constantinople and Flanders as well.

By then, the company had moved into spices, dyes and banking.