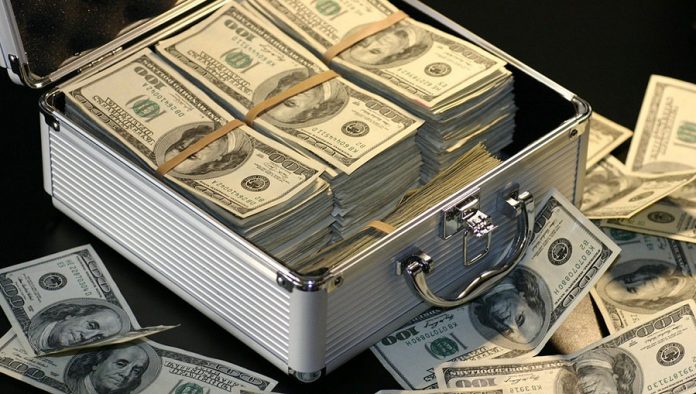 THE nobles of Europe were able to tax both of the rising classes, but their powers were waning.

Increased commerce and the removal of barriers to trade enhanced the powers of the monarchs.

While some nobles, such as the Count of Flanders, who drew large revenues from the fairs were wealthy, the decline of the fairs and the inability of the nobles to band together on the European continent, if not in England, caused their powers to diminish.

This was a lengthy and uneven process, taking different courses in the different countries and, in some areas, most notably Italy, consolidation did not occur until much later than the rest of the continent.

Moreover, none of this takes into account the powers of the Church, which remained a strong, if somewhat diminished, element in late medieval society.

It has been said, during the Middle Ages, life was a contemplation of the hereafter.

While this is an exaggeration, it, however, certainly contains more than a little truth.

By the 12th Century, this situation had already changed markedly.

Materialism was no longer frowned upon.

Even the Church had to come to terms with it.

In the past, it had condemned usury; now it only censured those who charged unfair interest.

This century and the one that followed have often been designated the ‘High Middle Ages’, a period in which the revival in commerce was making for a more worldly and less contemplative Europe.

By the 14th Century, inventions, such as the compass, prepared the way for oceanic navigation.

The spinning wheel and the treadle loom made cloth production cheaper.

Universities sprouted in all corners of the European continent, such as Oxford and Cambridge in England, Bologna and Padua in Italy, Salamanca and Valladolid in Spain as well as Paris and Toulouse in France.

By then, merchants entered the Red Sea route and the Persian Gulf, then moved on to the Arabian Sea and from there sailed to Indian and Chinese ports.

Some adventurous Italians and Jews traversed the Black Sea and from Trepezond and Caffa on the Crimea then travelled by caravan south to Delhi and east to Peking.  A trip that could take a year to complete was now deemed reasonably safe to undertake.

The European traders and sailors learned of the wealth of the region from travellers.

John of Piano Carpini and William of Rubruquis both had visited China in the mid-13th Century and wrote of what they found there.

Marco Polo, the scion of a Venetian trading family, went to China afterwards and served Kublai Khan as an official between 1275 and 1292.

His book, A Description of the World, was published and translated into several European languages.

In the book, Marco Polo also told of the wealth of China as follows:“The inhabitants of the city (Hangchow) are idolaters, and they use paper money as currency.

The men as well as the women have fair complexions, and are handsome.

The greater part of them are always clothed in silk, in consequence of the vast quantity of that material produced in the territory of Kij-sai, exclusive of that the merchants import from other provinces.

Amongst the handicraft trades exercised in the place, there are twelve considered to be superior to the rest, as being more generally useful; for each of which there are a thousand workshops, and each shop furnished employment for ten, fifteen, or twenty workmen, and in a few instances as many as forty, under their respective masters.”

The book was a sensation, but Europe’s merchants had known of what Marco Polo had written long before it became widely available.

By then, of course, the search for new avenues to the East was intensifying, and for reasons that would be understandable today, new forces in the area threatened to cut off existing routes.

Historically, merchants have always searched for new sources of supply and new markets and, of course, the two go together.

In our current times, this often takes the form of a quest for items to be acquired at low prices in one market and then taken to another where higher prices and willing customers are waiting.

Prophetic merchants, then as now, know that the best places to obtain goods are those where the natives are not aware of their value to others and will sell them for the proverbial song.

In like fashion, the best markets are in locales where the natives are wealthy, have strong demands which are not being met, and are prepared to pay high prices for what they want.

What it comes down to, therefore, is that the successful merchant is the one who possesses the ability to fill the needs of wealthy customers and whose demands for his goods or services are usually extremely unbending.  Thus, the voyages of Marco Polo and others to the East, and their writings, helped to stimulate demand, which in this case meant the search for other pathways to the East and to wealth and, in time, power.

If merchants were blocked from one route, they would soon, and inevitably, seek another.

In this way, what is often called the ‘Age of Exploration’ was initiated.

This age was not predicated upon love of adventure, curiosity about geography, science or even the desire of rulers for new lands to dominate.

But rather, it was founded on the pursuit of wealth by merchants, rulers and the two groups in league with each other.

As a result of these beginnings, modern rules, regulations and laws of commerce have developed from 5000 BC, through today’s monetary, virtual and technological battleground.

The desire for money has fuelled humankind’s greatest achievements and produced our most profound tragedies.

Money has become inextricably intertwined with every thread in the fabric of human history.