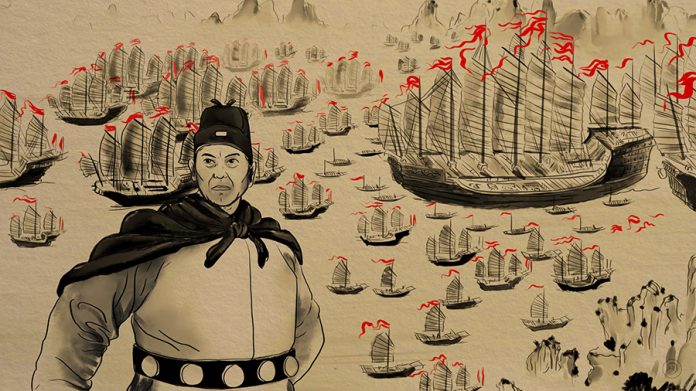 THE opening of the Americas to Western civilisation is considered one of the most important benchmarks in human history.

It had major consequences for humankind’s pursuit of wealth.

In this regard, it had a greater impact than even the creation of Hellenistic civilisation.

While Alexander the Great’s efforts brought the wealth and knowledge of the East to the Mediterranean world,

commercial contacts with the East predated Alexander. This was not the case, however, with the Americas before 1492.

More wealth in the form of gold and silver was extracted from Central and South America in the 16th and 17th centuries than from Asia in the previous millennium.

In addition, the period of discovery united the destinies of the Americas, Europe, Asia and Africa as nothing else had since the dawn of history.

The explorations, settlements and related developments provided an impetus to wealth creation that continues even to this day.

In the period of discovery, the Chinese had the most advanced civilisation in the world, as well as ships that were more seaworthy than those used by the Iberians, Venetians and other Europeans.

Admiral Cheng Ho went on journeys to Arabia and East Africa that were longer than those undertaken by Columbus and other Europeans of his time.

Why did he and others not consider a voyage to the East, to the western coast of North and South America?

The pursuit of wealth was the motivating force in the discovery and subsequent exploration of the Americas.

Whereas in the 1960s, advocates of space exploration compared their proposed efforts to the discovery of the ‘New World’, nothing could be farther from the case.

During the debate on space, there was little mention of the economic benefits that might be realised.

Indeed, one problem was that would-be explorers had to justify the enormous costs of their projects.

Perhaps there would be military and technological payoffs, but nothing economic, at least not for the foreseeable future.

If there are to be economic rewards from space exploration and settlement, these will not come from the desire to explore the cosmos but rather in the form of products developed for the mission that can be applied to general uses, such as electronic miniaturisation and fuel cells.

The larger benefits will not likely become evident for many generations and when they do, they could take forms those living at the end of the 20th Century could hardly imagine.

Such matters did not interest those considering voyages to unknown areas (and known ones as well) during the 15th and 16th centuries.

They were not primarily concerned with pure knowledge and the joy of discovery.

Columbus and those who set the stage for his celebrated 1492 voyage and the many more who followed wanted to enrich themselves.

The support from monarchs and others who bankrolled them was seen as an investment, not a contribution to the greater glory of the human race.

One reason for the search for new routes was the desire of western Europeans to expand their commerce, but there were other factors as well.

France, the Netherlands, England and the Iberian nations, Portugal and Spain had hoped to enjoy the kinds of profits reaped by the Italian city-States, the Moslem and Jewish traders as well as others who dominated the Mediterranean. Capital had accumulated, banking techniques were evolving, and it had become possible to raise substantial sums for profitable ventures and loans.

During the early Middle Ages, monarchs concentrated on the division of wealth.

But by the 14th Century, they were more concerned with its creation.

The Ottoman Turks took Constantinople in 1453.

This had been expected for several decades and so did not shock Christian Europeans, but the emergence of the Ottoman Empire that displaced the Byzantine was more consequential.

Not only was that empire the new dominant force in the eastern Mediterranean, but it was more powerful militarily than any European nation or any possible combination of them.

The Turks were willing to permit the Mediterranean trade to continue and did not challenge the Venetian monopoly, but they blocked other expansion and trade eastward.

Meanwhile, there were stirrings in the Atlantic that were barely noticed in the face of all these changes.

They occurred at a time when the European habit was to look to the east for opportunities, and the Europeans continued doing so in the 15th Century, despite some isolated precedents that had come earlier.

Around 1270, Genoese sailors entered the Atlantic and reached the Canary Islands.

In 1291 Ugolino and Vadino Vivaldi, two Genoese merchants, loaded two galleys with trade goods and sailed west through the Straits of Gibraltar and kept going into the Atlantic, hoping to discover a new route to the Orient.

They never returned. We know little of their plans, but given the times and the knowledge of the world they would have had, it can be assumed they hoped to go south and seek another route to the Indies.

In this period, merchants would send their ships to eastern Mediterranean ports and from there organise caravans to travel across Asia Minor, eventually discharging their cargoes in Chinese and Indian towns.

The overland routes were costly, but the rewards were great.

By way of contrast, such necessities as rye, wheat and barley, all of which were homegrown, sold for less than four marks a tonne, while salt fetched six marks. European merchants would send out a dozen or more expeditions and if even one returned with a full cargo, they would realise large profits.

So they did: the Italians, the Moslems, the French and the Aragonese who sent their vessels from Barcelona and the Balearic Islands, all went searching for new routes to lands where spices and finery were inexpensive.

Portugal, in the western corner of the continent, was not well situated to engage in Mediterranean commerce.

It had become an independent country in 1385, ruled by the House of Avis.

In 1386, King John I married Philippa, the daughter of the English noble, John of Gaunt, and the two countries signed the Treaty of Windsor, which began a long-standing relationship between them.

However, the key figure in Portugal in this period was not the monarch, but a prince, namely Henry (the navigator), John’s third son, who was more interested in religion, knowledge and business than in politics.