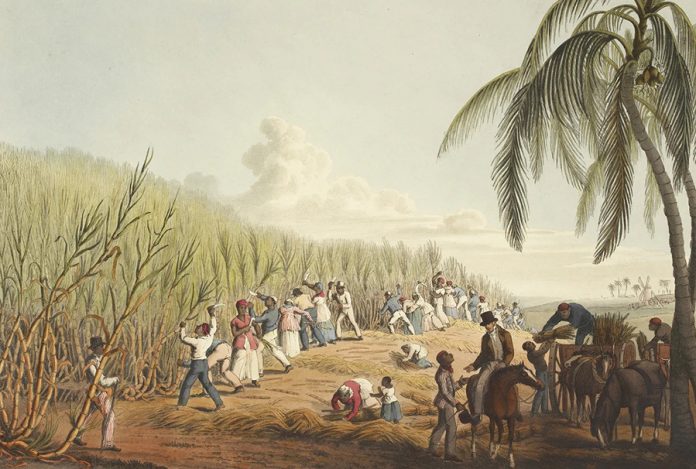 THE mercantilists held that a nation’s wealth could be measured by the amounts of precious metals it possessed.

From this, it could be inferred that nations could seek gold and silver through explorations or through the collection of taxes and tribute.

Nations could seize the metals by force if necessary, mining if possible, and trade as well.

Africa was the main source of global wealth in the middle ages.

In so far as trade was concerned, mercantilists favoured exports and discouraged imports, although they encouraged the import of raw materials, which could be turned into finished goods and then exported.

This implied tariffs on imported finished goods and government support and encouragement to those people and industries who produced goods that might be exported.

In 1565, a law was passed in England prohibiting the export of sheep.

A century later another legal act forbidding the export of raw wool was passed; both to encourage the English cloth industry and deny wealth to rival nations.

“Although a kingdom may be enriched by gifts received, or by the purchase taken from some other nations, yet these are things uncertain and of small consideration when they happen.

The main thing is to possess goods; if you have them you will get money, ‘He that hath ware hath money by the year.’ The ordinary means therefore to increase our wealth and treasure is by foreign trade, wherein we must ever observe this rule; to sell more to strangers yearly than we consume of theirs in value. Behold then the true form and worth of foreign trade, which is the great revenue of the King, the school of our arts, the supply of our wants, the employment of our poor, the improvement of our lands, the terror of our enemies”.

He went on to assert that England could increase its wealth by growing its own tobacco, flax, hemp, and other products, “…which we now fetch from strangers to our great impoverishing.”

Mercantilists favoured the removal of barriers to internal commerce, such as tolls, taxes and harsh regulations.

This policy was necessary in order to facilitate production. Yet they also supported grants of monopoly rights, the rationale being that monopolies were easier for the Crown to monitor and control and recipients of exclusive rights would be more efficient than individuals obliged to compete with others.

This implied the presence of a strong central government working hand-in-glove with prominent and affluent businessmen, bankers and landlords.

For the most part, mercantilists were unconcerned with the interests of small farmers and labourers.

Indeed, the lower the wages and returns to these classes, the more resources there would be for the Crown and the wealthy of the land.

Mercantilists considered colonies necessary for national strength and wealth—but not all colonies.

They favoured colonies that produced items the mother country had to import from foreign nations; those that produced precious metals; those strategic for military or naval purposes; or those colonies that served as outlets for surplus domestic populations.

They also supported the establishment of colonies to deny them to rivals.

Mercantilists had a static view of the global economy, believing the amount of goods in the world to be finite and that possession by one country diminished the wealth of the others.

“The product of one man is the damage of another,” wrote Michel de Montaigne in 1580. “No man profiteth but by the loss of others.”

In Europe the 16th century was an era of fierce religious and dynastic conflict.

On October 31, 1517, Martin Luther, the son of a German miner, an Augustinian monk, a priest and a professor of theology at the University of Wittenberg, nailed his theses to the door of the church in Wittenberg.

Luther questioned several aspects of Catholic dogma and practice, but initially, Luther demonstrated no desire to leave the Church.

The inability of Catholic leaders to deal effectively with him, combined with pressures from nationalistic German nobles, set into motion a chain of events which led to Luther’s excommunication three years later and to the establishment of the first major Protestant sect.

A still more dangerous threat to the Church and of consequence for the pursuit of wealth, came from John Calvin, who in 1536, went to Geneva in the hope of ending a religious quarrel there and at the same time established a new church.

At the heart of Calvin’s theology was the doctrine of predestination, the belief that man was born with original sin and that all but a select few, who had been redeemed by Christ’s sacrifice on the cross, were destined for damnation.

The devout Calvinist might spend a lifetime seeking signs to determine whether or not he was one of the ‘elect’.

This created complications in business.

Recall that during the Middle Ages, merchants, while they did not enjoy high status, were necessary and operated on the basis of trust.

The Hanseatic and Rhenish Leagues, which traded throughout Europe and the Near East, and the Venetians and other Italians, could not have engaged in the scope of trade they did without faith in their pledges.

Trade in goods that took months and in some cases years to complete was made possible by the willingness of merchants’ to undergo hardships to preserve their reputations.

Merchants were so trusted that they were asked to arbitrate rows between nobles and to provide assurance for treaties.

The merchants of Brabant pledged to seize the properties of Emperor John I if he reneged on an agreement made with a lesser noble.

Yet this code of honour limited competition and restricted profits, which Calvinism, in its more diluted forms, addressed.

At the core of Calvinist theology were original sin, predestination and the salvation through Christ of a small group of people, the ‘elect’, some Calvinist theologians came to believe, God would indicate just who these people, were by endowing them with intelligence, beauty, talent and success in business.

Calvin did not sanction the fast-and-loose business practices that eventually evolved.

Indeed, while he was in power in the city-state of Geneva, he denounced bankers and forbade the opening of new banks.

“Whence do the merchant’s profits come,except from his own diligence and industry?” Calvin asked.

Dr. Michelina Rudo Andreucci is a Zimbabwean-Italian researcher, industrial design consultant and is a published author in her field. For comments e-mail: linamanucci@gmail.com