Home Feature Money and the pursuit of wealth: Part 48…birth of the slave trade 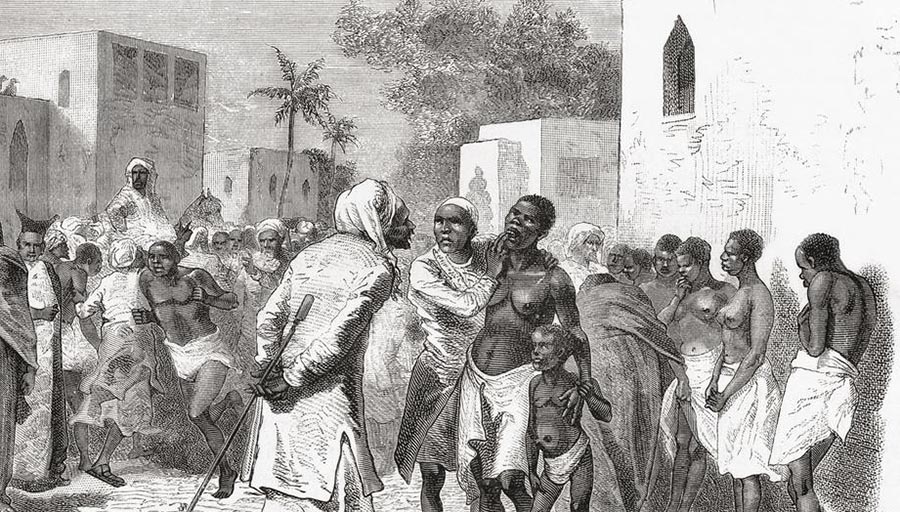 THE Bourbons controlled much of France’s domestic commerce and industry as well as overseas ventures.

The English rulers, with limited exchequers overseen by an increasingly powerful Parliament, had to allow private enterprise to develop trade and industry.

English investors, faced with opportunities and possibilities, were encouraged to risk their capital on new ventures as well as on established companies.

England was one of the first countries to enter the race for exploration and discovery; although initially they found little of what was then considered wealth.

Its efforts were complicated by the Crown’s lack of funds to finance the sort of expeditions that enabled Spain to tap into the wealth of South America.

At the time, England’s monarchs were in constant need of funds but were reluctant to ask the House of Commons for taxes and bequests, knowing that in return for providing capital, the legislature would demand greater freedoms and rights.

Paradoxically, the government’s inability to act more forcefully than it did in this aspect of the pursuit of wealth

and its need to rely on private capital enabled England to become one of the most successful nations at colonisation.

Lacking the mineral wealth that the Spaniards discovered in South America, England was obliged to turn to agriculture instead.

The Spaniards had found some of the world’s most fertile soils in present-day Argentina, but they were there for gold and silver, not farming.

As a result, they did not send families to Argentina, but rather conquistadores to plunder.

The English sent families to settle and farm.

During the 17th Century, the English hoped to find three things in North America: enormous amounts of gold and silver, or mines from which they could be extracted; large numbers of natives wealthy in trading goods that would fetch high prices in Europe; or, lacking these, fertile lands on which to grow the kinds of crops needed back home and elsewhere.

Crops also would be required to sustain the original settlers. In retrospect, this was beneficial.

It ensured that the English colonies actually created wealth, not just transporting precious metals and goods from one part of the world to another.

The English in North America were settlers, not conquistadores concerned with plunder.

All looked upon the New World as a potential storehouse of wealth.

When the English North American holdings proved unpromising, the land became an appendage of European civilisation and ultimately a major carrier of its traditions. None of this could have been imagined at the time but clearly, this experience coloured the development of what, in time, became the US.

The settlements required large infusions of capital, which the bankers stood prepared to provide, at a price.

At the same time, as mercantilist sentiment grew and as the price revolution altered business activities, the power of the businessmen and bankers increased.

In this period, new ventures obtained their financing in several ways; one of which was the issuance of securities, which enabled those Europeans who were fascinated with the new world developing in the Americas to participate financially in the settlements.

But while the Americas were glamorous places for investment, larger profits were being made elsewhere.

For example, in Africa and Asia, and in the beginning, the Indies proved more fruitful for investors than the mainland colonies.

In 1496, King Henry VII granted John Cabot, a Venetian mariner who had relocated to Bristol, exclusive rights to explore the north Atlantic in search of a north-west passage. Cabot made two voyages but did not find that route, but may have reached as far as the coast of New England.

Other voyages followed, with no impact on English life or fortunes.

More important for England’s Exchequer were intrusions on Spanish commerce, adventures in slaving and attempts to carve out a role in the Spanish colonial economy.

As a matter of official record, Queen Elizabeth I did not openly support the pirates and slavers, but everyone in Europe knew she was the guiding force and went so far as to license privateers.

John Hawkins was one of the first consequential figures in both areas.

He spent his early career in the slave trade, following in his father’s footsteps, William, who had dabbled in the trade, transporting Africans from the Guinea Coast of Africa to Portuguese settlements in Brazil.

In 1562, Hawkins obtained financial backing from a group of London businessmen and set out for the Coast of Guinea, where he stole or purchased from natives more than 300 Africans.

He then took them to Hispaniola, where he traded them for hides, ginger, sugar and pearls.

The settlers needed the slaves, and so Spanish strictures against such trade were overlooked.

Besides, Hawkins’ ships were well-armed and denying him trade might have invited violence.

Alonso Arias de Herrera, President of the Audencia in Santo Domingo, wrote of this to the King:

“A Lutheran Englishman with a large ship and a shallop, both well-supplied with artillery, and a caravel and a large bark, both handsome vessels which they had taken from merchants as they left the Portuguese islands, arrived off the town of Puerta de Plata in this island.

As soon as the captain and the mayor of this town saw them, fearing lest they march inland to pillage the country, they entered into negotiations with them to the end of procuring their departure and inquired of them what they wanted.

The English said they would go if they were shown a port where they could careen a caravel and shallop. In order to get rid of them they sent them to the port of La Isabela, which is twelve leagues from here.”

Hawkins got what he wanted and proceeded to La Isabela where he sold most of the slaves and arranged for the disposition of those who remained.

Other slaving expeditions followed, and his success led to royal favours and commissions.

In 1588, Hawkins served as rear admiral against the Spanish Armada.

Afterwards, he had a career as a privateer, raiding Spanish treasure fleets.

By then, however, he was eclipsed by other English raiders, one Sir Francis Drake in particular.