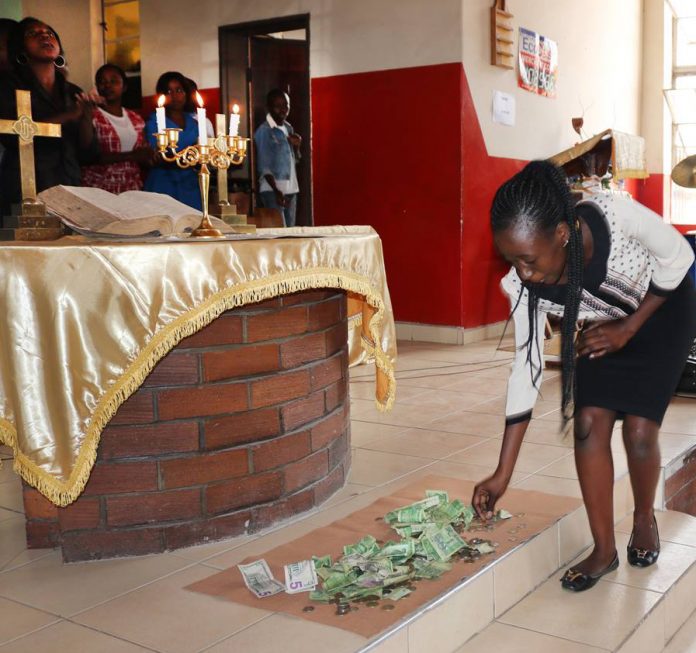 IT is said the love of money is the root of all evil.

That said, three of the most powerful human motivations are the pursuits of wealth, status and power.

No single idea has had more impact on the development of human history and been less understood than the drive for money.

At some time, we have all met people with a desire for wealth in order to purchase status and power, and others who use their status to achieve wealth and power, while those with great power employ it in the acquisition of wealth and status.

But, more often than not, wealth was the stimulus.

While wealth accumulation is an intrinsic part of human nature, methods for acquiring it have changed dramatically over 5 000 years to meet changing conditions, circumstances and opportunities.

Money or wealth motivates people to labour and create. Its absence or removal leads to stagnation.

During the long nomadic period that preceded sedentary life when man lived mainly by hunting and gathering, most things were shared among the members of the group and there was little competition for private wealth.

Even then, however, some social hierarchy developed and, in sharing, some became more equal than others.

With villages (and later cities) came private property and land ownership; in short, the pursuit of wealth.

Civilisation, those human cultures in which cities and complex levels of political, social and economic development are commonly present, saw the pursuit of wealth become a central feature of human activity.

While the desire for wealth may not be a prerequisite for civilisation, it is found in all civilised societies.

Man’s desire for money fuelled his greatest achievements and fashioned his most profound tragedies throughout the annals of history.

From time immemorial, the pursuit of wealth took many forms, primarily land ownership as well as precious metals, stones, ships, slaves and things/goods.

It was obtained in several ways, the most obvious being agriculture, herding, mining, commerce and finance. Wealth could also be amassed through the exercise of power.

For example, the right to collect taxes was an early form of accumulating wealth.

Rulers granted such rights in return for other kinds of wealth or services.

A good reputation for business, governance or warfare was also considered a form of wealth.

In antiquity, the creation of wealth through commerce was usually behind growing crops and breeding livestock.  Today, the majority of the world’s population is engaged in some aspect of commerce.

This simple wealth-building technique appeared early in the history of civilisation and remains important to date.

But how did commerce originate?

Some theorise that it may have arisen from simple gift-giving.

In gift-giving, valuable goods and services would be given without any obvious agreement for immediate or future rewards, that is, a farmer with a surplus would help out a neighbour with no formal ‘quid pro quo’.

Later, even some trade took the form of modified gift-giving or barter.

For example, from as early as 9 000 BC, both grain and cattle were used as money or as barter.

With barter, an individual with any surplus, such as a measure of grain or a quantity of livestock, could directly exchange for something perceived to have similar, or greater value or utility, such as a clay pot or a tool.

Over time, many things have been used as medium of exchange in markets besides livestock and sacks of grain.

Sometimes, things directly useful, such as a hoe for tilling or merely attractive items such as cowry shells or beads, were considered useful items and given in exchange.

There was no agreed standard measure which both a ‘giver’ and the ‘taker’ could exchange commodities according to their comparative value of all the various goods and services offered by other potential barter partners.

The giver or ‘seller’ of food grain had to find a taker or ‘buyer’ who wanted the grain and who could, in return, also offer something the giver needed or wanted, which is to say a ‘coincidence of wants’.

In hunter-gatherer societies, food-sharing was a safeguard against the failure of an individual’s daily foraging.

This custom may be considered altruism, a form of informal insurance, which brought with it social status or other benefits.

Ideally, however, simultaneous or recurring ‘giving’ in a gift economy served to circulate and redistribute valuables within a given community.

Fourteenth Century BC communication between the kings of Babylonia and Egypt stipulated a wide range of items being given as well as significant transferals of wealth. One gift to the King of Babylon included over 1 000 items of clothing, over 100 bronze objects, jewellery, furniture, and chariots adorned with more than half a tonne of gold.

The most renowned example of a major exchange of goods as the result of gift-giving is recorded between the Queen of Sheba and King Solomon.

The Queen of Sheba gave the King 120 talents (about four and a half tonnes) of gold, (long hypothesised to have come from the gold mines of Munhumutapa), in addition to a large quantity of spices and precious stones.

In return, King Solomon gave the Queen of Sheba ‘all that she desired’ besides what was given to her by the bounty of King Solomon. (1 Kings 10:10, 13)

Sometimes, the gift-giver would hint at what an acceptable gift would be in return.

According to historians, the pursuit of wealth in one form or another appears to have been present from the time when human beings (as a result of agriculture) began a sedentary life.

It might be accumulated by priests by accepting gifts for performing services or for granting absolution or access to paradise.

In short, Government and those in religious callings were to the ancient Near East what multi-national corporations are in today’s economy.

But land, herds and other capital assets could also be held by families, companies and individuals.

Likewise, trade and commerce were also conducted by individuals and private concerns.

Those with wealth could lend it and receive interest, or invest funds in projects, which, if successful, would bring them profits.

As a solution to the limitations of a simple barter trade came in commodity money, which brought liquidity to the market in all other commodities.

The Mesopotamian civilisation in western Asia developed a large-scale economy based on commodity money. Besides cereals and livestock; wine, copper, tin, lead, bronze, iron, silver, gold, lapis lazuli, woolens, linen, timber, slaves, perfumes and olive oil were all commodity-traded throughout the Near East.

Olive oil, in particular, was an important multi-purpose product used as the primary cooking oil, as a skin lubricant and as fuel in lamps to provide light. 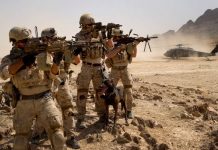 US interests masked as democracy