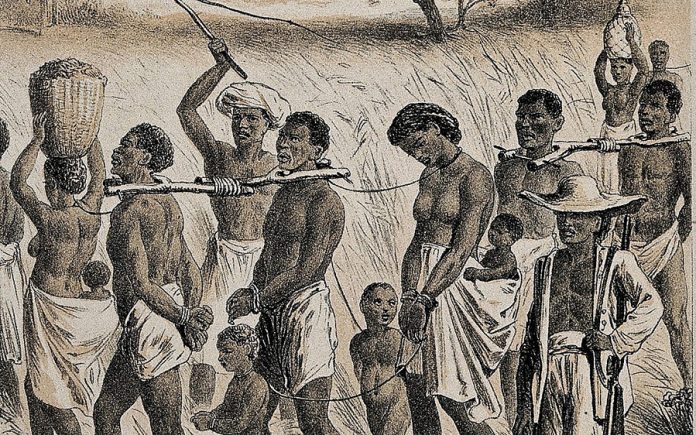 DURING slavery, African motherhood was intentionally distorted for the economic benefit of white enslavers.

Among the captured slaves, women, especially mothers, endured the pain of slavery and having their children taken away from them.

Enslaved African mothers were forced to breed children that would also be enslaved for the duration of their lives.

Black children inherited the status of their en-slaved mothers to ensure a continuation of permanent servitude.

The abolishment of slavery and gaining of independence from the bondage of colonialism must be celebrated across the continent for it also restored the dignity of Africa and African motherhood.

In other words, the end of slavery and colonialism dealt away with a stereotype created by whites in which an African mother was viewed as someone who took pride in nurturing white children over her own.

The month of May is sacred for Africa for it provides her great and better reasons for her people to celebrate.

It is in the same month that Africans celebrate Mother’s Day and Africa Day.

These two days are essential for they remind Africans of the sacrifices, torment and endurance that Africa went through as well as how African mothers strive for the happiness of their children.

One can take the commemoration of Mother’s Day as symbolism of celebrating Africa for enduring both slavery and colonialism.

Like a mother, Africa continues to be the provider for her children with many vast natural and mineral resources on the length and bredth of the continent.

In his famous poem ‘Africa’, the late David Diop, a Francophone West African poet, glorifies mother and likens her to Africa.

He highlights that the struggles that a mother goes through are similar to the toughest hardships and torment Africans underwent.

Some of the words in the poem read:

“…Is this your back that is unbent

This back never breaks under the weight of humiliation

This back trembling with red scars

And saying no to the whip under the midday sun? …”

The endurance and torment that Diop writes about is similar to that which a mother experiences and endures to ensure the safety of her children.

Take rural women, for example, not only are they resourceful economic agents for the society, they do not just provide for their children but also instill good values in them.

Rural women are involved in food production and form a large proportion of the agricultural workforce while at the same time taking the responsibility of nurturing children.

Despite facing many challenges associated with healthcare, climate change and poverty, among other issues, rural women enjoy the responsibility of ensuring development of their children and society.

Motherhood in Africa is entrenched in cultural practices of African people; therefore it is difficult to separate the values that a child learns from his or her mother and the society.

In other words, one can say a mother who raises her children with good values is also effectively serving society with distinction.

While mothers are honoured as providers, protectors and nurturers, they inspire as well as make a great impact in their children’s lives.

The idea of self-sacrifice emphasises the centrality of motherhood in African society.

In her book The Joys of Motherhood, the late Buchi Emecheta reveals through her protagonist Nnu Ego that the joy of a mother comes through providing for her children.

“The joy of being a mother was the joy of giving all to your children,” writes Emecheta.

Today, the responsibility of providing for the family is not only left to the men, many mothers in Africa work very hard to ensure they provide for their families.

From an African perspective, motherhood is highly praised and regarded as a sacred blessing.

“What great honour is there for a woman than to be a mother,” adds Emecheta.

African motherhood is not only important at the socio-cultural level but also at a political level.

Queens and First Ladies are viewed as reigning political mothers of a given nation.

One is reminded of Yaa Asantewaa, the Queen Mother of Ejisu in the Ashanti Empire, who confronted the British by offering active resistance in the bid to protect her people.

Here in Zimbabwe, we also have Mbuya Nehanda who displayed her motherhood by leading the 1897 war against the British because she did not want her people to suffer the bondage of colonialism.

Examples of brave political mothers, like Queen Mother Ejisu ,Mbuya Nehanda and other hardworking women in our societies clearly show a cause for celebrating Mother Africa’s mothers.