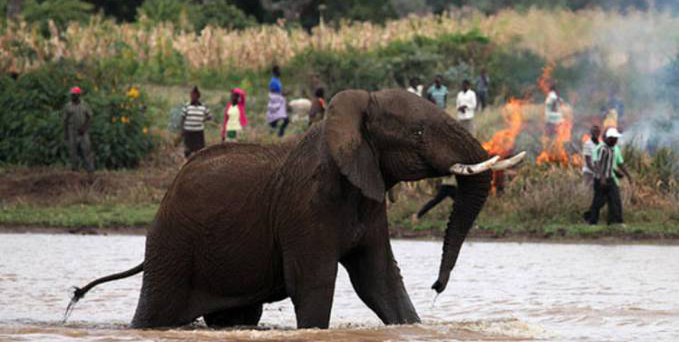 By Emmanuel Koro, in

MOZAMBIQUE’S international hunting challenges and opportunities, including those of other African countries, come under the spotlight when it hosts the African Wildlife Consultative

The return of the Southern African country to international hunting after the 1977-1992 civil war had a difficult beginning that later shaped a promising future.

This is the important lesson that Piet Hougaard learnt.

He was one of the first post-Mozambican civil war international safari hunting operators in Tete Province’s Chintopho Ward.

There was no benefit-sharing agreement with the Tete Province Chintopho Ward residents.

The local residents resisted and viewed the Zimbabwean safari hunting operator as an intruder.

In turn, Hougaard negatively viewed them as poachers.

The villagers said that Hougaard would get them beaten up if they used roads in his hunting concession that he had specially constructed for his international hunting clients.

“No person was beaten up,” said Hougaard in a recent right of reply interview.

“Unless my employees did this without my authority. Yes, trespassers were put in a vehicle and taken to authorised pathways. They were warned not to walk into certain areas as this was disturbing wildlife.”

To demonstrate their resistance to the arrangement between the Mozambican government and Hougaard, the local community continued to poach wildlife from Hougaard’s hunting concession.

So did the threat to Hougaard’s international safari hunting business.

The help came from the most unlikely source — students who had just graduated in wildlife management at Tanzania’s Mweka College of African Wildlife Management.

The two wildlife management graduates managed to bring the Chintopho Ward Community and Hoggard together in what later became a very successful and harmonious international hunting operation.

“This initiative involved educating the community on how wildlife could benefit them, using examples of Zimbabwe’s Communal Areas Management Programme for Indigenous Resources (CAMPFIRE),” said Namanha.

“When dealing with a programme unknown to the community and the government institutions, it’s very hard to convince them but luckily we managed to convince them. Today, the Tchuma Tchato programme is benefitting the communities here that are now working closely with the local safari operator, making sure that wildlife is not poached.”

The birth of a successful international model for Mozambique came out of a conflict that was turned into a success story through the introduction of the Tchuma Tchato Project (Our Wealth). It was intended to be used as a blueprint for Mozambique’s Community Based Natural Resources Management (CBNRM).

business had been illustrated for other safari hunting companies to emulate.

“Inspired by the rich CAMPFIRE experience in Zimbabwe, Tchu-ma Tchato became a source of  creative adaptations of tools and methods for CBNRM in a country where such experiences had not yet been explored,” said Namhana, in a paper that he co-authored with Abacar and Estevão Filimão, a social expert at the Community Based Natural Resource Management Unit of the National Directorate of Forests and Wildlife, Mozambique.

To date, safari operators who succeeded Hougaard in Tete Province’s Chintopho Ward are working harmoniously with the local community. So too are safari hunting operators throughout Mozambique today.

No stories of conflicts between safari hunting operators and communities have been reported so far.

Meanwhile, Anthony Michael Maughan Brown recommends in his Kwazulu Natal University Master of Science thesis focused on the Tchuma Tchato international hunting model for Mozambique that “…the division of trophy fees (35 percent to national government, 32 percent to local government and 33 percent to the community) must be immediately increased.”

The Zimbabwe Parks and Wildlife Management Authority announced in May 2022 that CAMPFIRE communities will soon receive 100 percent benefits from hunting revenue.

Today, Mozambique hunting hubs of Niassa and Tete Province have effectively become the centres of hope for conservation and development. It’s in these provinces that international hunting revenue has made communities that once hopelessly faced a future without education where they are beginning to hope that education can lift them out of poverty.

Other hunting revenue-funded projects include the drilling of boreholes to provide clean drinking water and the building of clinics.

The Mozambican hunting communities have also become actively involved in anti-poaching activities, including tree planting. These communities’ protein base is also being boosted by the provision of game meat from international hunting.

Women from the hunting communities are no longer walking long  distances to the nearest grinding mills as the international hunting revenue has made it possible to buy grinding mills that are operated near their villages. Gone are the days when some women were bitten by snakes, attacked and killed by wildlife, such as elephants, lions and buffaloes, while walking barefoot to distant grinding mills. The availability of boreholes means none of them can risk fetching water from crocodile and hippo-infested river banks where life and limb were lost.

The poverty that Mozambican hunting communities had suffered,  squeezing out their hopes for a better future from their hearts and minds is slowly but surely being replaced by a better future for increased wildlife and habitat conservation, including socio-economic development.

This CBNRM-driven development approach involves the use of all forms of natural resources, including wildlife through international hunting. It is a conservation and development

approach that emerged in response to the perceived failure of past approaches to meaningfully promote conservation and development.

“One option that has been receiving growing attention in Mozambique is the management by local communities of their resources (CBNRM), in particular the wildlife resources,” said

Emmanuel Koro is a Johannesburg-based international award-winning environmental journalist who writes independently on environment and development issues in Africa.