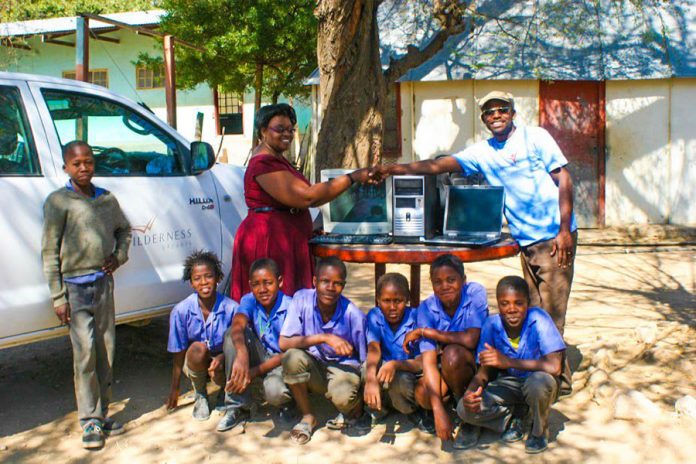 By Emmanuel Koro in Johannesburg, SA.

NAMIBIANS have welcomed the return of uninterrupted hunting following a near-total absence of international hunting in 2020, caused by the COVID-19 pandemic travel bans.

As hunting returns to normal in Namibia, rural communities, such as Anabeb Conservancy, made history by stopping cattle production in favour of the more viable wildlife hunting and conservation; look back to forgettable hunting 2020 losses while planning for a brighter hunting future.

“It’s not only us the leadership who are happy about the opening of the economy that has brought back hunting to Namibia,” said Anabeb Conservancy chairperson Ovehi Kasaona.

“The Namibian rural communities, including the Anabeb Conservancy, are equally excited and looking forward to a better future that will bring more hunting revenue-supported socio-economic activities.

“The year 2020 was very difficult because we didn’t collect any hunting revenue.

“Fortunately, their employment benefits will be restored and everything will be moving in the right direction as it was before COVID-19 hit us.”

The Namibian safari hunting companies also struggled to keep their workers in their jobs during the COVID-19-forced  hunting absence in 2020.

“Like so many others, we suffered in the past year, meaning no income,” said Robin Hurt, owner of a well-established Namibian safari hunting company.

“Fortunately, we have managed to keep our 14 staff members fully employed and salaried over this difficult period.

“From my personal company’s point of view, we expect some normalcy to return to our business as from the middle of this year (2021).”

Players in the Namibia hunting industry say that international hunters ‘are starting to come back now’.

“2020, with all its challenges, surprisingly still saw a small number of hunting clients visiting Namibia,” she said.

“None of these numbers could, however, be considered to be sustainable for our outfitters and hunting professionals in the long-run.

“Namibia’s leadership luckily realised that we would need open borders to earn foreign currency, meaning that keen travellers could at least enter our country, whereas we, as Namibians, do not have any control over border closures and travel restrictions imposed on our global hunting clients abroad.”

Therefore, it was up to the adrenaline-seeking international hunters to come and hunt in Namibia.

“In 2017, Namibia’s 87 rural conservancies earned a total of US$8 854 949,” according to the Namibian Association of Community-based Natural Resources Management (CBNRM) Support Organisations 2017 State of Conservancy Report. Conservation hunting grossed US$2 166 870.

Among other things, the money was used to support community conservation and community development projects, ranging from separate boreholes for wildlife and communities to barriers to protect livestock from lions, hyenas and leopards during the night.

Additionally, rural communities’ protein base was boosted by game meat distributed among them.

A Torra Conservancy leader, Euphrasius Dawids, said decisions on how to use wildlife hunting revenue ‘are democratically made’ in his community.

“We are happy with our benefits from hunting,” he said in a recent interview.

Today, wildlife roams freely in Anabeb, where herds of cattle used to graze.

Cattle are considered a status symbol in Africa.

A family’s wealth or status is generally measured by how big their herd is.

Despite this, the Namibian wildlife recently ‘told’ Namibia’s Anabeb Conservancy residents to switch from using their land for cattle production in favour of wildlife hunting.

“Therefore, our Conservancy decided, in 2019, to sell all our cattle and use the land for wildlife hunting and tourism lodges that we have built using hunting revenue.”

The hunting benefits that have brought unprecedented wildlife conservation benefits to Namibia’s Anabeb Conservancy include the provision of water ‘within a five-metre distance for each household’.

This has drastically cut the long distances that women and children used to walk to fetch water in the dry landscape.

“We have a lot of hunting revenue-supported programmes in place, including the Community Trust Bank Account Project as well as women’s projects, such as sewing and backyard food gardens,” he said in an interview this month.

“We are also planning to venture into projects such as real estate, provision of solar power to each household and computer classes in order to further develop our community.

“Hunting is one of the most valued socio-economic practices in the Anabeb Community.

“We have been doing good in terms of sustainability and we are happy with the current understanding and perception our members have on hunting.”

In an interview this month, NAPHA CEO Dahl said Namibia’s conservation and development benefits from hunting are immense.

“First, hunting areas ‘set aside’ certain land for wildlife to roam,” she said.

“Were it not for such roaming surfaces, most of our land would be related to livestock and agricultural activities. “Second, wildlife – carrying value – is furthermore protected within such areas in order to gain financially from conservation hunting, which brings good money and employment to Namibians.”

Dahl noted that the financial resources from hunting can be used to promote education in communities co-existing with wildlife.

This, in turn, will make people understand and appreciate the importance of responsible sustainable use of ‘our precious resources’.

“A good number of areas in our dry country are not suitable for regular photographic tourism, but are perfectly suited to conservation hunting,” she said.

“This way, such areas are able to generate income, which keeps tummies full and children in schools.”

In contrast, ‘regular tourism, for instance, requires’ lodging and provision of more detailed creature comforts, like bungalows, chalets, hot showers and extravagant meals, among others, whereas hunters normally ‘rough it up’.

“Ethical conservation hunting only targets male animals past their prime, thus assuring genes can be passed on during prime – in this regard we proudly refer to NAPHA’s Age-Related Trophy (ART) Measurement System which rewards hunters for animals harvested past their prime,” she said.

Sadly, Namibia’s impressive hunting benefits, together with those of other SADC countries, continue to be threatened by Western animal rights groups who, together with some Western governments, are planning to lobby representatives of world governments attending the May 2021 UN international wildlife trade regulating body CITES’ 73rd Standing Committee Meeting to agree on a permanent worldwide ban on hunting.

Led by 150 Western animal rights groups and supported by some unnamed Western governments, this anti-hunting campaign represents one of the biggest threats to hunting in the 21st Century.

“These developments are indeed a sad state of affairs,” said Dahl.

“Having come a long way in Namibian conservation and preservation of habitat, such a decision (Western animal rights lobby to ban hunting worldwide) would most certainly hamper our successes achieved with, and for our, communities and wildlife.

“Western urban dwellers appear to be far removed from nature and its processes and there most certainly is a lack of understanding within individuals who – presumably with good intentions – actually jeopardise the exact conservation efforts achieved through responsible and sustainable utilisation.”