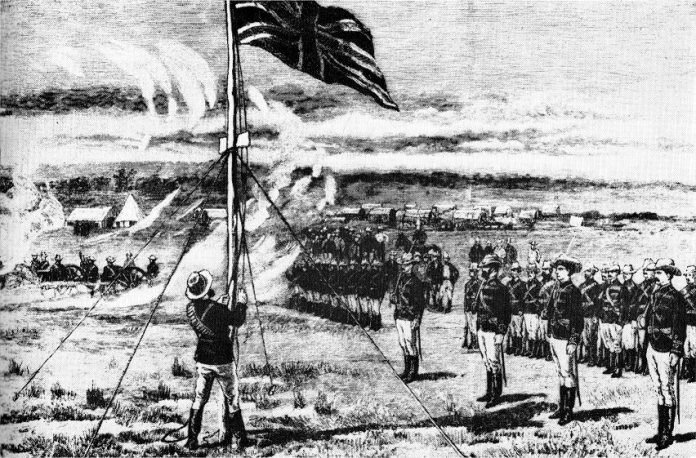 “REVOLUTION has been about land everywhere in the world. It is about land because land is the thing on which you live, you build your house on it; you get your food from it. Life is sustained on the land and without it you really are facing death. That is what revolution is about.” – Chairman Herbert Chitepo:1974.

Is the above assertion by Chairman Chitepo what we have taught our children, our graduates?

Many who have acquired land through the land revolution in our country have no-one to inherit the land when they die.

They have no-no one to assist them with capital to farm even though their children are abroad and earning sufficient money to assist them.

It would seem the value of land has not gone beyond their parents even if the parents might be war veterans.

The children whom they posted abroad are not willing to come back and work the land, profit from it and enrich the nation of Zimbabwe.

They don’t see the essence of land ownership.

Something happened on the way to heaven.

We did not teach our children political economy even at the level of the family.

We fought a bitter war to repossess this land, and if no-one sees how precious it is, then we do have a tragedy.

Said Chairman Chitepo in 1974: “We looked upon the situation we were facing.

We were, to all intends and purposes, being made to live under compulsion and force, under duress of a very vicious type, to serve in the mines, to be minions, to have no place, no education, to live like serfs in the country of our birth.”

Have we taught our children this?

Do they know why we took up arms against the whiteman and do they understand how brutal it was?

If they understood what Chairman Chitepo explains above, they would understand and appreciate why, for us, nothing was, nor yet is, as important as eradicating the white menace.

If they understood Chairman Chitepo, we would not be having so many of them believing that being like ‘Mr and Mrs White’ is the epitome of being.

The males even walk with the slouch characteristic of the Caucasian male.

Just listen to both males and females on the radio, or on TV.

All traces of the African have been erased.

They have discarded who they are; they pine for whiteness — whatever they can do to look like the whiteman is their moment of arrival.

The females strive to transform their African looks, Michael Jackson style. ‘Unfortunately’ for them, plastic surgery is too expensive and so they must live with the flat nose and broad, generous lips but whatever else they can transform, they do so with unparalleled vengeance against whoever had the temerity to curse them with Africanness.

Inside, they are bristling with anger against He who made them.

They take tablets to look yellow.

They apply creams to neutralise the ‘black’ pigment. They wear blonde, brunette or whatever colour of hair pieces or weaves to assuage their hunger for whiteness. Long lashes to flatter like the white female and the long brightly coloured false nails assure them that they are not too far from the white female.

So the whiteman wins the day!

Those who pine to be white can never be the ones to defend and preserve their heritage (Zimbabwe) against the covetous white menace, because they do not identify with it but they reject its everything, it’s excruciating beauty and untold riches.

These are not of such value to them.

They will exchange them for a penny as long as they win Paris, London, Brussels, New York.

Therefore, that sacred gift from Musikavanhu (Zimbabwe) is left without defence and vulnerable.

But shall it be so?

But this is because of us, in the homes, in the schools, in the institutions of higher learning and in the media. We have eschewed to be at peace with who we are.

We have alienated Zimbabwe’s heirs from their heritage.

So now how much resistance can there be among our young against the looters and plunderers who crave and covet our riches and who, for so long, have fought our rich cultural heritage in order to soften us for the kill?

We have dangerously exposed our land through our sins of omission or is it not sheer negligence and/or selling out, kutengesa?

That is why our university students had the temerity to say to one of the fathers of the nation: “Makatumwa nani kuenda kuhondo kwacho kuzotisunungura?”

In this country we have morals.

We do not insult those who selflessly sacrificed their very lives for us.

That is why our young, our graduates, do not want to hear us say: “So, Blair, keep your England, and let me keep my Zimbabwe!”

They cannot identify with this ethos.

That is why they want to forget freedom fighters and the liberation struggle.

Whenever they said: “Chava chiwar-vet,” they meant education in the liberation struggle has no place in university discourse.

This is what we have done to the heirs of Zimbabwe, to those who should be taking Mbuya Nehanda’s mantle.

Next year (2023) it will be 60 years since our declaration of war against the white menace, since the formation of ZANU as an instrument to end white rule, to get rid of the white menace by armed confrontation.

Are we still at war with the white menace?