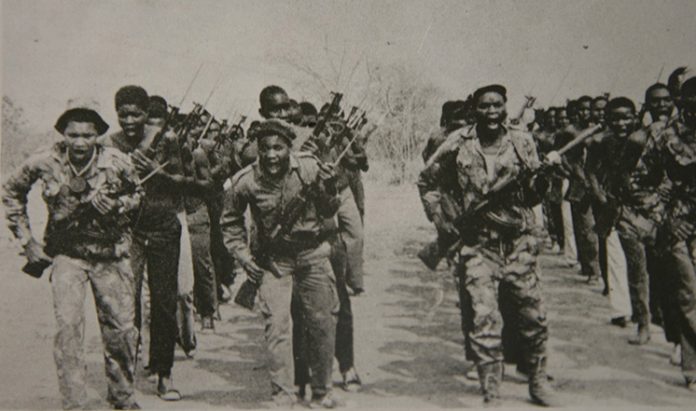 THE ZANLA code of conduct outlined above (Nzira dzamasoja) is basically the same code of conduct (outlined below) which Chairman Mao taught the Chinese Red Army and which ZANLA adapted.

We were able to adopt and adapt it because it resonated with our own code of conduct as a people with our cultural values.

In Mao’s Selected Works, this code of conduct is presented as Eight Points of Attention:

Our cultural values, as Zimbabweans, insist on respect for each other, speaking politely and being peaceable.

Adultery is anathema, theft is condemned in the strongest of terms and integrity is critical (hunhu/ubuntu).

We do not take advantage of the weak and we do not accept cruelty.

Violence is not accepted, only self-defence.

At the time of the opening of the operational Tete Province in the early 1970s, three groups of comrades were sent by Cde Herbert Chitepo and Cde Josiah Tongogara at the behest of Dare reChimurenga to prepare the ground for the launch of the Second Chimurenga via the North-Eastern Frontier.

The three groups were to consult with spiritual leaders of the land on how to execute the war of liberation in the particular areas and to seek their blessings for its prosecution.

Cde Chinodakufa’s group was guided by a medium from Deveteve in Mozambique to go to Cde Obert Gwerevende’s homestead in Chesa, where the group met the spirit Tumbare, an ancient warrior spirit of the land who commissioned them to fight the liberation war and gave them a code of conduct for the Chimurenga war.

Cde Chinodakufa summarises the comrades’ (his group’s) meeting with the ancient warrior spirit:

“Why have you decided on war, why have you not talked it over? (Madii kutaurirana?),” he asked.

The comrades replied that they had exhausted all avenues of negotiation.

Spirit Tumbare then told the cdes: “You will kill the enemy but you will also be killed, but if you follow the laws, the war will not be too harsh on you.”

The spirit then gave the comrades a code of conduct:

“Go my children, it is I who have sent you, I will be with you,” commissioned Tumbare.

The Tumbare code is very succinct.

It basically is the embodiment of Nzira dzemasoja and, also, essentially it is consonant with the ‘Eight Points of Attention’.

Tumbare’s counsel was not idle preaching.

Abrogating these rules invited harsh penalties because Musikavanhu departed and the transgressors were left without cover.

It did follow harshly and, ultimately, it would end in the death of the perpetrators.

Thus, though we may not know what the Chinese say about God, their eight points of attention reveal a moral code comparable to that of the people of Musikavanhu and to that of the Hebrews.

On the contrary, Europeans do not seem to have God in their history nor lives, outside their ensconcement with Judaeo Christian traditions.

Indeed, their relationship with the world reflects the absence of a deep-rooted divinity in them.

It reveals a lack of an inherent moral fibre and an absence of intrinsic ethics:

They still kill millions for greed and lust for what belongs to others.

Adultery is not anathema, lasciviousness is normal to them.

Cruelty is not forbidden.

They massacre children, mothers, the defenseless as long as they covet what is yours they will kill and maim and for this, they have committed untold atrocities across the globe without compunction.

There is no respect for other peoples and nations.

They use armed robbery to loot resources across the globe.

They distort the purposes of international institutions of justice and peace to suit their purposes of armed robbery.

They torture and maim prisoners.

They steal and loot resources belonging to other nations for a song and to them, integrity is a foreign concept.

It is the path of hunhu/ubuntu for us as Zimbabweans.

It is the core of who we are and our covenant with Musikavanhu. Nzira dzamasoja is the embodiment of hunhu/ubuntu.