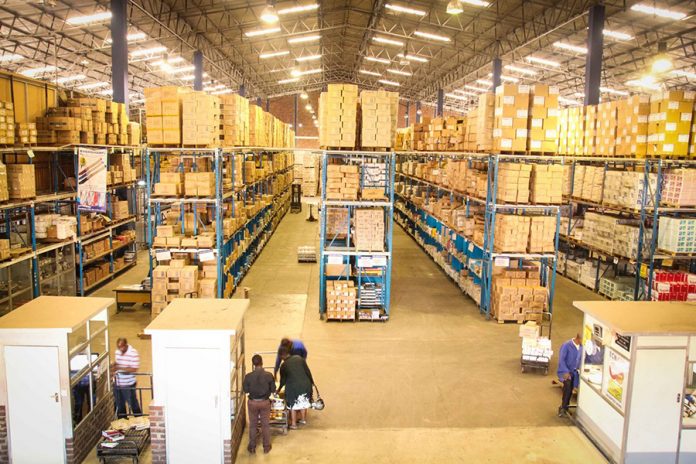 BECAUSE of regional trade arrangements, trade with neighbouring countries was becoming increasingly important for Zimbabwe.

There was a marked difference between applied tariffs on agricultural imports from the region and those from outside the region.

For example, Zimbabwe’s applied tariffs for imports from the COMESA region were either zero-rated or zero, and this applied to agricultural products.

However, with the implementation of the SADC Trade Protocol, applied tariffs on imports from the region were also much lower.

Zimbabwe did not maintain any quotas and did not have the right to invoke special safeguards. Import restrictions were minimised and most imports entered Zimbabwe without any licensing restrictions.

While domestic controls on maize were decreased in Zimbabwe, the Grain Marketing Board (GMB) still exercises some controls over maize imports.

This was done mainly to ensure the avoidance of the importation of GMOs and to ensure that the imported commodities conformed to the country’s bio-safety regulations and standards.

Under domestic support, Zimbabwe did not make any major commitments except notification obligations. Prior to ESAP, the Zimbabwe Government manipulated production through pre-planting and/or pre-harvesting policy statements and price guarantees.

With the implementation of ESAP and trade liberalisation, such distortions were removed, even though the Government retained the right to announce a benchmark price to influence the market.

However, there was an 81 percent increase in Government spending on the Department of Lands and Technical Services from 1998 to 1999.

This was due to the increased demand for technical services on the newly acquired farms.

The adoption of ESAP in 1991 led to the banishing of inward-looking growth strategies and the removal of export incentives. By 1994, export incentive measures such as the Export Revolving Fund, the Export Support Facility, Export Retention Scheme and the Inward Processing Rebate Scheme had been phased out.

Thus, in Zimbabwe, export incentives were removed long before the country made commitments within the UR. In effect, Zimbabwe had no export subsidies, and thus it had nothing to implement on this commitment.

Nevertheless, there was a threat from subsidised products from overseas finding their way into regional markets where Zimbabwe has a competitive advantage.

SPS measures are regulations and standards applied to both imported and domestic goods that aim to protect human, animal, plant life or health from pests or diseases.

In addition, SPS standards are always changing, and are becoming increasingly stringent with the blessing of the international standard-setting bodies.

These changes have increased production and marketing costs for developing countries, which is a major concern to Zimbabwe.

With the exception of beef during foot-and-mouth disease outbreaks, the SPS requirements and environmental awareness and concern have generally remained high in Zimbabwe.  Various legislative, regulatory and monitoring instruments were in place on SPS, affecting both imports and exports.

For example, arising from the implementation of the National Environmental Protection Act, producers and exporters realised the importance of good agricultural practices to encourage top yields and quality produce free from pathogens and pests.

Zimbabwe had one of the most stringent pesticide legislations in Africa.  Over the years, reducing pesticides ensured a safe and acceptable product.

As one of the leaders in the development and use of Integrated Cropping Management Systems, the Zimbabwean horticultural industry was able to reduce agro-chemical usage.  Producers have always been aware of the need to utilise recyclable materials for all their packaging requirements.

Growers have always been encouraged to undertake (Hazard Analysis Critical Control Point) HACCP reviews of their entire product from seed to dispatch of the final product.

Under the Lomé Convention between the ACP and the EU, Zimbabwe received technical assistance from the EU to deal with foot and mouth disease, which has enabled it to export beef to the EU under the protocol arrangement.

However, provision of technical assistance on SPS ceased since the freezing of relations between the EU and Zimbabwe.

Since independence, Zimbabwe applied international patent and trademark conventions.  It is a member of the World Intellectual Property Organisation (WIPO).

Generally, the Government of Zimbabwe seeks to honour intellectual property ownership and rights with legislation on protection of bio-diversity, patents, copyrights and traditional knowledge in place.

To protect traditional knowledge and farmers’ rights, Zimbabwe was pursuing possible sui generis policy options under TRIPS. The strict restrictions imposed by pharmaceutical companies through the TRIPS agreement on the right of countries to provide health care to their peoples and to acquire drugs at affordable prices is of major concern.

In this regard, Zimbabwe advocates the right of developing countries to provide health care, develop pharmaceutical industries and secure drugs at affordable prices for the majority of people.