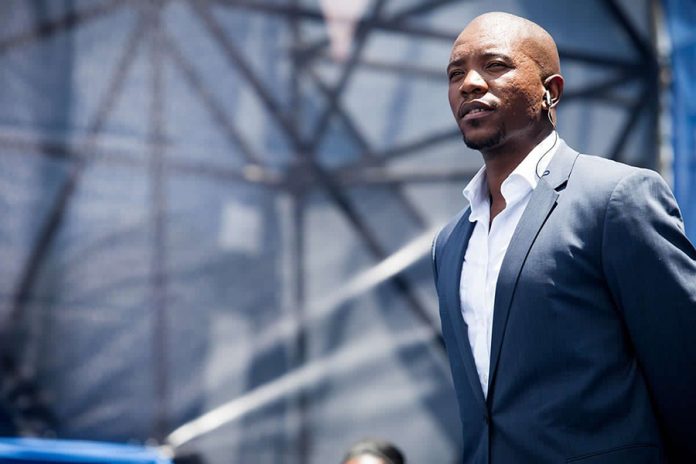 WHEN our people say: “Zvikoni zvikoni mai havaroodzwe,” they are underlining the deep-rooted sacredness of motherhood.

A mother gives and nurtures life.

You do not insult her or sully her name in any way.

Kutanda botso isn’t so much that a mother’s spirit comes back to haunt you to seek revenge; in fact, long before she dies, she disenconces but you don’t feel it so much because of her material presence. But when she dies, you feel more acutely the departure of her spirit.

The disensconcement becomes so real you cannot bear it and it becomes extremely difficult for you to bear. What happens sometimes is not mystery, there is normal spiritual logic that governs life.

The eternal logic that derives from Musikavanhu is that when you break His law, He departs and everyone knows what follows His departure.

Mmusi Maimane, the South African sellout masquerading as opposition, has already made himself an enemy of South Africa, the mother of his force.

He has sunk so low he has appended another diabolic mission to his resume, to attract more money from his handlers.

His ever escalating tirade against Zimbabwe is his latest obsession to please his masters but remember, mai havaroodzwe.

Instead your are ‘your master’s voice’.

There is nothing new as many like you have come and gone.

The force of Africa will defeat you still.

Mobutu Sese Seko seemed invincible, but he was not.

You will go the way of all African sellouts.

Samora Machel would tell you the same, so would Mwalimu Nyerere: ‘Mandela laughs at you from his grave. He gave his all and with many other martyrs, docked the great ship South Africa.

Fireflies have the shortest life span.

We are not worried, but we must limit the fall-out from such nonsensical alignments with the West.

Great heroes die for Africa, they don’t sell out.

We have no reason to listen to you.

You would dare attack Zimbabwe’s heroes and heroines.

You would accuse them of ‘dying for nothing’.

You would pit yourself against the titanic force which freed this great gracious land.

You have over-reached yourself!

Hellen Zille is not an African.

The lessons you perfected from her are a death trap and the cause you both are treading is a dead end road, but for the ‘African’, the end might just be catastrophic.

Mother Africa will disown you so that you can belong where you truly belong — with the white masters of the West.

But when the time comes, they just might not be too ready to grant you exile, sometimes they are not so amenable.

Zimbabwe is not yours.

You contributed nothing to its freedom, neither did your handlers, so you don’t know what we sacrificed for, what people died for.

In fact, you have never done anything for anyone except to do everything against your people; so you can never know, you don’t even know what sacrifice is, not even remotely.

Africa rallied together to free the continent, South Africa included.

Many sacrificed life and limb, many perished for Africa and you do not have the decency to honour such greatness.

The material, moral and political force of Africa freed the continent — not you nor your fellow sellouts, not your white masters of the West even.

No one needs you to extol the virtues of our struggle, of our heroes – you wouldn’t know how.

“Zimbabwe heroes died for nothing,” you proclaim?

As a sellout, an instrument of the West?

Why don’t you tell us first how the ravages of white racist rule of centuries has incarcerated South Africans mentally, emotionally, psychologically and physically?

Why don’t you quantify for us the excruciating agony and sorrow of South Africans under white oppressive and exploitative rule for centuries?

Why don’t you narrate to us of Africans treated more harshly than South Africans under white rule?

Why don’t you charge them to heal the wounds they caused instead of attacking the very force (the ANC and its Government) which is trying to suture the wounds they left to fester for centuries?

Why don’t you indict them for harassing and sabotaging the very force which fought, defeated and brought to an end legalised prosecution, incarceration and denigration of the African simply because of skin colour?

The whites cannot reconcile with the breakdown of their institutions  and so, anyone trying to heal the wounds, to restore the dignity and sanguinity of the African, anyone who tries to bridge the economic gap between the whites and the Africans is tormented unto death.

To bury everything evil the whiteman did against South Africans for centuries, and what he is doing against the indigenes today, and to pretend that the ANC is the enemy of the people is the ultimate betrayal you have committed for a fee.

It is so rich you can work and subsist without harvesting luxury from the tears of your people.

You target the fathers of the revolution.

You prostitute yourself before the South African people, claiming Jacob Zuma is their enemy – Zuma, one of the bravest South Africans who carried the weight of the bondage of South Africa for so long, until final victory, without giving up or selling out.

We did not hear you sing first of Zuma’s achievements as a hero of the South African freedom struggle.

Where and when did you chronicle his achievements in the titanic struggle to free a giant which was being crushed between the jaws of the shark for centuries; a vast rich country which the West had determined would be theirs eternally.

It was the harshest struggle.

South Africa was the last bastion of the West’s plundering and looting in Africa which they would hold on to at all costs.

However, some of the bravest men and women fought this harshest enemy to free this great, rich, vast African land.

Oliver Tambo, Nelson Mandela, Winnie Mandela, Jacob Zuma and thousands others, their suffering is unfathomable and you would be blind to this and only open your eyes to the greed of the former masters which South Africans routed at untold expense.

South African heroes provided a platform for freedom and you use it to abuse the very heroism which made that platform possible.

You do paint such a perfect picture of yourself.

And we don’t hear you extol the virtues of South African Heroes.

How can you know what Zimbabwe’s heroes died for when you cannot see or acknowledge South African heroism?