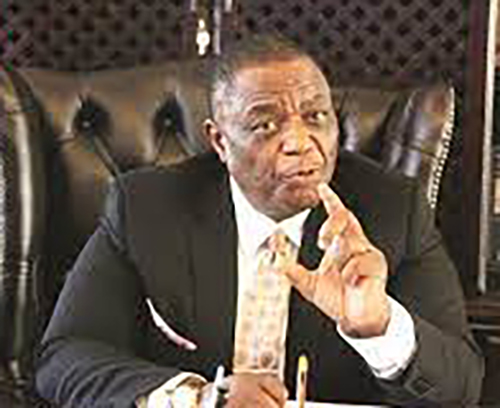 THE possibility of any EU, US and UK foreign policy shift in the near future is highly unlikely, especially in the face of the 2000 Land Reform Programme.

With that in mind, the recent promises to remove some highly renowned Zimbabwean officials from the sanctions list, including the Vice-President and Health Minister Dr Constantino Chiwenga and Defence Forces Chief Valerio Sibanda, cannot simply be taken as a changed narrative on Zimbabwe but a categorical way to cause division; especially considering that the arms embargo on Zimbabwe and sanctions on the Zimbabwe Defence Industries are still subsisting.

Of course, this is not the first time the EU has promised to remove sanctions but still maintained them anyway, together with a litany of other demands for reforms.

Rapprochement of relations between Zimbabwe and its erstwhile coloniser has been a Herculian task because Zimbabwe’s assertive land redistribution was disruptive and contrary to the colonial discourse.

The question is on the possibility of the change of stance by the EU, US and UK with regards to their repeated negative projection of Zimbabwe as a problem nation to justify renewal of sanctions.

‘Othering’, which is a fitting explanation here, is stereotyping or oppositional analysis in gender, race, class and cultural studies; which attempts to justify the self by negative representation of the other.

Sanctioning is sustained by this othering.

Sanctions thrive by placing objects in self-other binaries with the other presented as requiring some makeover and realignment.

EU policies aim to ensure the free movement of people, goods, services and capital within the internal market; enact legislation in justice and home affairs, and maintain common policies on trade agriculture, fisheries and regional development but that was conditioned with regards to Zimbabwe.

The EU is known for implementing trade sanctions (general or specific), arms embargoes, financial sanctions which include freezing of funds or economic resources, prohibition on financial transactions, restrictions on export credits or investment, flight bans and restrictions on admissions.

When it renewed sanctions on Zimbabwe in 2021 to February 2022, the EU claimed, in a document titled ‘Position of the European Union on Sanctions against Zimbabwe’, that:

“(i) The EU is not imposing economic or trade sanctions against Zimbabwe. The EU shares the opinion expressed by a number of international organisations”

The argument was: “These measures do not affect the people of Zimbabwe, its economy, foreign direct investment, or trade, and Zimbabwe continues to benefit from duty free and quota free access of its exports to the EU, with negotiations to deepen the Eastern and Southern Africa (ESA) Economic Partnership Agreement (EPA) ongoing.”

Just as the stereotyped representations, the colonisers sought to paint a picture of ‘terrifying’ cannibalism and savageness to justify the need to take territories.

It is not just the EU; on February 1 2021, the Foreign, Commonwealth and Development Office updated the ‘UK Sanctions list of Government of United Kingdom on Zimbabwe’s security chiefs.’

The sanctions were illegally imposed on Police Commissioner General Godwin Matanga; the Director General of the Central Intelligence Organisation, Isaac Moyo; the then Minister of State in the President’s Office for National Security Owen Ncube; and Brigadier General Ambassador Anselem Sanyatwe.

The UK ‘Treasury Financial Notice’ served by the Office of Financial Sanctions for Implementation on February 1 2021 reads: “…freeze accounts of the sanctioned persons. Check whether you maintain any accounts or hold any funds or economic resources for the persons set out in the Annex to this note;

(ii) freeze such accounts, and other funds or economic resources and any funds which are owned or controlled by persons set out in the annex to the Notice.”

(iii) refrain from dealing with the funds or assets or making them available (directly or indirectly) to such persons unless licensed by the Office of financial Sanctions Implementation (OFS).”

In this example, UK’s boorish stance carries the same sentiments that project the self as big brother in the international community.

In the financial matrix, sanctions impact on key economic enablers, such as access to foreign finance and exchanges and foreign direct investment (FDI), but these aspects are not mentioned when the big brothers argue that sanctions are not harmful to the general populace of Zimbabwe.

This means that the other is still presented as evil and in this example, UK is still justified to impose sanctions.

On another note, the US imposed travel and financial sanctions on Zimbabwe’s political, military and economic elite as well as companies linked to the State about two decades ago, citing human rights problems as one reason.

Zimbabwe’s Second Republic has been claiming her rightful place among the community of nations and among other areas, including economic diplomacy to project Zimbabwe as an attractive investment destination.

However, Zimbabwe’s overtures are being rebuffed by most of the West except by the East.

A process to normalise the country’s strained relations with the West, which include ending Zimbabwe’s estrangement with hostile nations and re-opening lines of communication at the highest political level with the aim of having sanctions and other impediments removed, is being rebuffed as manifested by the renewal of sanctions.

President Emmerson Mnangagwa has made strides in forging good relations with all the nations of the world guided by the mantra: ‘Friend to all and enemy to none.’

Soon after taking over power, President Mnangagwa sent Special Envoys to a number of Western countries like the UK, France, Germany, Sweden, Italy, the Netherlands, Spain and Portugal with messages of the Government’s willingness to start a new chapter and normalise relations but sanctions still linger.

As if that was not enough, the Government has hosted a number of UK delegations, while many Zimbabwean delegations visited the UK.

Maria Leek and Viacheslav Morozov posit that: “…the role of specific others’ and ‘interaction with them shapes the EU’s identity (…) turns the attention back inside and looks at the hegemonic struggles around the purpose and meaning of the European project.”

This 2022 is another opportunity to reach out for representational practices in the sanctions discourse and see whether they will ever change since Zimbabwe’s development efforts cannot be simply be homogenised into a bag of negativity.