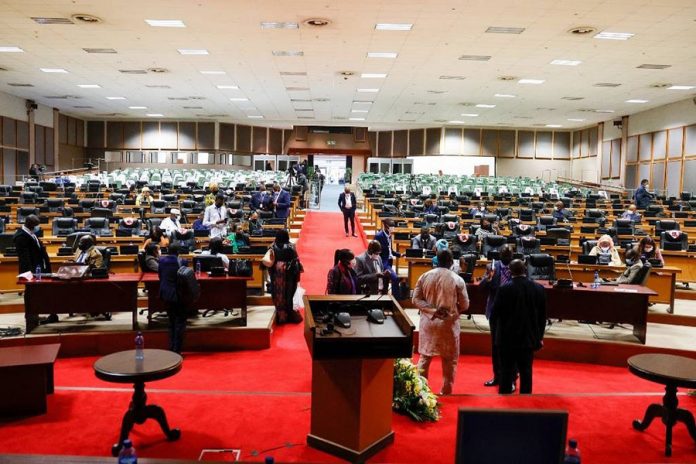 THE chaos that erupted in the Pan-African Parliament (PAP) in Johannesburg, South Africa, recently, about votes for a new president of the continental legislative body, was shocking.

It is a sign that Africa needs to find ways to deal with fault-lines drawn by colonisation as well as rethink unity.

The session of the PAP started on May 21 and ended on June 4,with the election of a new bureau one of its key objectives.

The session was marred by chaos among members because of strong disagreements about the rules of procedure in conducting the elections.

For days, the Southern African delegation refused to go ahead with the vote, calling for the upholding of the African Union (AU)’s principle of rotation, while delegates from West and East Africa demanded that the vote go ahead as they pushed their candidates from Mali and South Sudan.

“The two caucuses have been using their majority in the continental Parliament to ensure only their candidate occupy the Presidency and when the time comes to account they use the same majority to shield them from accounting for how they spent the funds of the PAP,” said ANC veteran and leader of the South African delegation Amos Masondo.

Zimbabwean Chief Fortune Charumbira, representing Southern Africa, has been in line to take over from 2021.

However, he is still in acting capacity until the next Plenary Session of the PAP when a full Bureau is expected to be reconstituted.

The major challenge that has been rocking the PAP is that Francophone countries have been fronting their candidates for the influential post on the basis of their numbers and disregarding the principle of rotation.

In addition, they have used the same tactic to shield the candidates from being held accountable, a problem that can be traced back to colonisation.

The position taken by Southern African states to push for the body to stick to the rotation procedure is just a reminder for the need to always adhere to binding rules of the game.

Article 12:1 of the Protocol to the Constitutive Act of the African Union Relating to the Pan-African Parliament reads:

“There shall be a Bureau of the Pan African Parliament which shall be elected on a rotational basis among the five (5) regions of the AU.”

Moreover, according to the fourth preamble paragraph to the Parliament’s founding protocol: “The expectation is that the Pan African Parliament will provide a common platform for African peoples…to become more involved in discussions and decision-making on the problems and challenges facing Africa.”

The west and east African countries have argued the Malabo Declaration, upon which the principle of rotation is based, is yet to be ratified and, as such, is of no effect.

They argued on a technicality that the principle of rotation could only take effect once it has been ratified by the required number of member-states.

It is important for the AU to now provide the required leadership when the session resumes in October 2021.

The AU regional groupings are divided into Anglophone, Francophone and Lusophone states.

These are Angola, Cape Verde, Guinea-Bissau, Mozambique, São Tomé and Príncipe and, since 2011, Equatorial Guinea.

However, these countries have not been vocal by virtue of their history. When the colonialists left, however, they got the opportunity to re-assert their self-autonomy.

Besides, Lusophone and Anglophone countries have also proved to be those that can stand on top of a mountain and shout about their independence because of the perceived levels of sovereignty.

Background of the PAP

The PAP emerged from the African Economic Community (AEC), also called the Abuja Treaty, which was adopted in Nigeria’s capital and came into force in May 1994.

The establishment of a Parliament was to ‘ensure that the people of Africa are fully involved in the economic development and integration of the continent’.

However, it was not until March 2001 that the Fifth Extraordinary Session of the Organisation of African Unity (OAU) Assembly finally adopted the Protocol to the Treaty Establishing the African Economic Community Relating to the Pan-African Parliament (AEC PAP Protocol).

This Protocol received the requisite ratifications and came into force in December 2003, subsequent to which the PAP’s first parliamentarians were sworn in on March 18 2004 in Addis Ababa, Ethiopia.

The stated objective of the PAP is to ‘evolve into an institution with full legislative powers, whose members are elected by universal adult suffrage’.

However, the Parliament currently enjoys only consultative and advisory powers, which means that the organ is restricted from setting standards.

The Pan-African Parliament has 235 representatives that are nominated/seconded by the legislatures of 47 of the 54 AU states, rather than being directly elected in their own capacity.

Each member-state sends a delegation of five parliamentarians to PAP, at least one of whom must be a woman.

The composition of the delegation should reflect the political diversity of the member-state’s legislature.

The Bureau is the leadership group of the Parliament and consists the President and four Vice-Presidents.

Each member of the Bureau represents a different region of Africa.

A study of history of Francophone Africa reveals that France has never really allowed space for the countries that were once it’s colonies to enjoy real independence.

It is a fact that Francophone countries do not exercise freedom over their funds, which are kept in France.

Their budgets are regulated from the budget of their ex-coloniser.

They work with what they are given by France because they do not have full economic independence.

The vindictive nature of France has been recorded before by The Patriot as follows:

France destroyed everything in Guinea which represented what they called the benefits of colonialism.

And to ensure it retained all colonial prerogatives, just before France conceded to African demands for independence, it forced all its 14 former colonies to sign a colonial pact.

It is the colonial pact that obliged the African states to put 65 percent of their foreign currency reserves into the French Treasury, based on the convertibility, at a rigid exchange rate of the CFA, a currency France had created for them.

The 14 African States deposit another 20 percent for financial liabilities, making the dizzying total of 85 percent.

The Francophone countries, therefore, have only access to 15 percent of their own money for national development in any given year.

If they are in need of extra money, as they always are, they have to borrow from their own 65 percent in the French Treasury at commercial rates.”

The Colonial Pact demanded all French colonies in Africa to pay tax for slavery and colonisation.

Francophone countries fail to operate as free nations as well as stick to African business as independent states.

They have been assimilated by France and are not independent thinkers per se.

Therefore, whose interests are they serving in PAP?