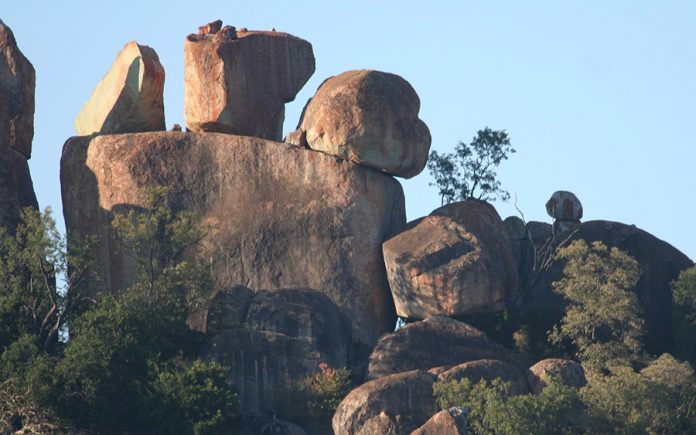 IF ‘Zimbabwe’ means ‘house of stone’, it gives critical symbolic significance to that material.

And, what this means is that patriotic Zimbabweans cannot afford the simple-minded privilege of perceiving the entombment of a British homosexual in ‘Zimbabwe stone’ as innocent aesthetic indulgence.

The act must be perceived as having completed the physical occupation of Zimbabwe and the beginning of the institutional processes that would sustain Rhodesia.

The movement from Zimbabwe to Rhodesia would not be as simple as a change of name translating to territorial title deeds.

Physical occupation alone was not enough to deliver the objectives for which Rhodesia was being established as a commercial enterprise.

The commercial enterprise known as Rhodesia could succeed only as a paradigm networking various other forms of occupation.

The victim population would have to be occupied too in the same manner their land had been occupied.

They would have to be occupied politically, mentally, spiritually, religiously, culturally and economically.

The homosexual had become the resident evil in that most sacred space, complete with tour guides tasked to turn the attention of African visitors away from their godfather (Murenga) towards the obscenity.

The First Chimurenga had confirmed Murenga as the godfather and, in that regard, the central authority in the land.

Murenga constituted a point of unity and a point of view even among previously warring tribes, clans or chieftaincies.

Around his name, hostilities were suspended in truces that enabled a reading of the colonial threat from the same page.

By the same token, it also enabled the patriotic front formations that confronted the threat with a common purpose.

While it may appear needless to reiterate that Murenga was a Shona godfather, it is very critical to emphasise that he was also revered as ‘Mlimo’, which is not a Shona but Nguni reference.

If anything, the ‘reverence’ registered an ironic spiritual conversion of the Nguni late-arrivals to the God of the people they had come to despise as amahole.

This observation is not overstretched.

World history is replete with conversions of raiders to the religions of their victims. The cases of Sparta and Athens; Alexander’s Macedonia and Egypt; Rome and Israel are prominent examples of the phenomenon.

Having established the foregoing, it is pertinent to re-emphasise that Nguni reverence to Murenga as Mlimo was critical in blurring the traditional hostilities between Ndebele and Shona in the Matabeleland chapter of the First Chimurenga.

Due recognition is acknowledged that the same reverence to Mlimo was compromised (but not destroyed) by the early defeat of the Ndebele.

When Frank Rhodes handed over the ‘homosexual stock’ for safe-keeping by the Zansi chieftaincies, the Shona ‘stakeholders’ of the Murenga/Mwari cult were not part of it.

The Shona were still in mourning.

The hand-over ceremony coincided with the fourth anniversary of the hanging of the spirit medium of Murenga’s own daughter, Nehanda.

The majority of the chieftaincies who had championed the resistance in the ‘astonishing collaboration’ (patriotic front) between Shona ancestors and their descendants had been subjected to the same fate as Charwe.

But, the exclusion of the Shona from complicity with the racist sacrilege, whether by design or default, worked to deepen the breach of the already damaged Mkwati-initiated Shona-Ndebele patriotic front – a breach that had been ‘brokered’ by the deceased racist at the very first indaba in the Matobo Hills.

Forty-two years after winning the mandate to remove the homosexual obscenity from Murenga’s shrine, the default breach is still working to disable all patriotic front effort mobilised for the purpose.

Notwithstanding the seeds of disunity that had already been sown between them, the Zansi beneficiaries of the homosexual’s amnesty and the survivors of the genocide

in Mashonaland would, in the new Rhodesia, be subjected to the same inhumanity.

It has to be restated ‘again’ that the entombment of a British homosexual in our most sacred space marked a watershed in the occupation history of Zimbabwe.

It must be restated again that the movement from Zimbabwe to Rhodesia could not be as simple as a change of name translating to territorial title deeds.

Physical occupation alone was not enough to deliver the objectives for which Rhodesia was being established as a commercial enterprise.

The commercial enterprise known as Rhodesia could succeed only as a paradigm networking various other forms of occupation.

The victim population would have to be educated.

The Shona would have to be educated to believe and accept that the invasion and conquest of Matabeleland had been to avenge the murder of Shona women and children by the Ndebele.

The contents of Jameson’s letter to Rutherford Harris who was BSAC Cape secretary would be kept from both the Ndebele and the Shona colonial subjects.

Palmer, 1977: Page 29 refers:“We have the excuse for a row over murdered women and children now, and getting Matabeleland open would give us a tremendous lift in shares and everything else.”

The Ndebele would have to be educated to believe and accept that it was an honour to be given the responsibility to look after the remains of a British homosexual.

Both the Ndebele and the Shona would have to be educated in the language of the coloniser; a point which begs us to recognise that language is an instrument of thought whose resources predispose us to look at the world from a position predetermined by the experience encoded in the language.

In that respect, language ultimately comes across as a point of view.

It is a worldview.

In post-colonial Zimbabwe and Africa for that matter, the resultant discrepancy would compromise indigenous capacity to bring about sustainable development once the elements constituting the paradigm of Rhodesia as a commercial enterprise had been damaged or dismantled by armed liberation struggle.

The indigenous mind had been occupied with the critical point of breach being the official language of English that had been used to exclude indigenous languages from statecraft, education and commerce.

The exclusion incidentally excluded the indigenous point of view from government.

On the other hand, white children were taught English, French, Latin, German, Afrikaans, Portuguese and Spanish in a bid to unite the colonising community into a European front against the ‘divided’ indigenous population.