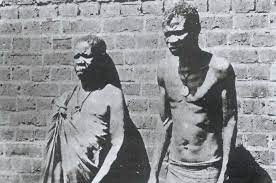 IT has already been stated that in the First Chimurenga, Mashonaland presented a more complicated story.

There were no standing armies or regiments to speak of and the commanders were ancestral spirits operating through mediums.

The motivations and commitments to fighting were thus more complex than in Matabeleland.

The point person in Mashonaland was Chinengundu, the reigning Chief Mashayamombe at the time.

His residence in the Chena Hills, along the Mupfure River, became the command centre of the campaign in Mashonaland. But the key figure was Charwe, the spirit medium of Nehanda.

In the national hierarchy of ancestral spirits, Chaminuka and Nehanda occupied the top, second only to Murenga.

In real life, Chaminuka and Nehanda had been siblings — the children of Murenga, the founding ancestral spirit of the nation.

However, at the time of the First Chimurenga, the spirit of Chaminuka had no medium. The last one, Pasipamire, had been murdered by the Ndebele in 1882. The act had left Nehanda’s medium alone at the top of a hierarchy where she commanded the most religious influence on all paramount chiefs in Mashonaland, particularly those in the north-east and central Mashonaland districts like Salisbury, Hartley, Mazoe, Shamva, Lomagundi, Marandellas, Makoni and Charter. (Muchemwa, 2015)

To complement Charwe’s efforts, Mkwati recommended the identification of a male spirit medium to work with the fighting men.

The recommendation was made to Chinengundu who subsequently identified Kaguvi’s medium, Gumboreshumba, who he summoned and hosted for spiritual consultation during the war.(Ranger,1967: 216-218)

Gumboreshumba was born of the Chivero chieftaincy in Paramount Chief Mashayamombe’s territory.

He was Paramount Chief Mashonganyika’s son-in-law and a relative to Pasipamire, the late spirit medium of Chaminuka. He was the regional spirit medium in the Salisbury District, resident in Chishawasha.

The majority of chiefs in Mashonaland responded to the national call-to-arms of which the war-cry or slogan of confrontation was ‘Murenga woye!’. The notable exceptions were Paramount Chiefs Churumanzu (Chinyama) and Gutu (Makuwaza) who fought on the side of settlers as the Friendlies/Black Watch (bhurakwacha).

It is worth noting that by August 1889, trade with the Portuguese had heavily equipped the majority of Shona chiefs with firearms. (Cobbin, 1977: 77)

The Portuguese intention had been to beef up Shona capacity to resist British occupation when it came because Rhodes’s ambition of a British empire stretching from Cape to Cairo was interfering with Portuguese plans to link Portuguese West Africa (Angola) and Portuguese East Africa (Mozambique) situated on opposite sides of Southern Africa.

The ultimate idea of the Portuguese was to collect territorial spoils from the war-wearied British and Shona in the event of such a development in Zimbabwe where their paths were likely to cross.

The first shots of the war in Mashonaland were fired from the Mashayamombe command centre on June 14 1896, three months after the Matabele outbreak.

Three notable acts of war happened simultaneously on this date.

The trial of Native Commissioner Pollard by the spirit medium of Nehanda for atrocities committed against her descendants is worth looking at in finer detail.

Native Commissioner Pollard had been captured by his Native Police led by Constable Gutsa who had defected and joined the national call-to-arms by Murenga.

Oral history of the First Chimurenga says that when Constable Gutsa made his intentions known to the spirit of Nehanda, she had asked if he had enough manhood to rise to the task.

It is important to note that if Native Commissioner Pollard was tried by the spirit of Nehanda in her court, it means that he was tried, found guilty and sentenced and punished in accordance with the dictates of the indigenous laws of the land. In that regard, the trial epitomized David Lan’s definition of Murenga’s wars as an ‘astonishing act of collaboration between ancestors and their descendants, the past and the present, the living and the dead’.

The trial defined another Patriotic Front.

For instance, a display of skill-at-arms in an engagement Kunzvi Nyandoro’s men had with a settler patrol and its accompanying friendlies on March 15 1897 was described by one Hubert Howard as a “…a heavy fire… more accurate and uninterrupted than I have yet seen in this country.” (Ranger 1967:304)

Again, Konia’s last stand on June 19 1897 went down the whiteman’s history as ‘…the fiercest action of 1897’. Native Commissioner Campbell reported how ‘… the fire, for an hour, was something awful … the niggers only left their walls after we were over them.’ (Ranger 1967:305)

On top of all that, the biggest operation in the war was one against Mashayamombe’s few fighters and not Ndebele regiments fashioned for the purpose. It was accordingly code-named Operation Mashayamombe.

The superlative actions in Mashonaland mounted to what Palmer (1977: 55) rated as ‘the most violent, sustained and highly organised instance of resistance to colonial rule anywhere in Africa. (It was) a genuine people’s war in which individuals fought because they chose to, not because they were ordered by their leaders. The European casualties were much higher than in any comparable revolt …’

It is important to note that the same detail and superlatives would be excluded from the history that would be taught indigenous children in Rhodesian schools. But then, of course, curricular are political decisions designed to sustain an establishment or decision maker’s worldview.

It was important to create, in the descendants of Shona, a worldview not of fighters capable of defending themselves but of victims forever grateful to European intervention saving them from the Ndebele scourge.

It was equally important not to let Ndebele children forget that multitudes of their superior warrior ancestors had suffered crushing defeats by a few heroic white settlers. For that reason, the remains of the 34-man Allan Wilson Patrol were interred in the monument muraled to tell the Pupu story from the settler-view at the World View in the Matopos.

In 1902, at the burial of Rhodes in the same place, Frank Rhodes, the brother of the deceased, would give the Ndebele survivors of the battle at Pupu, together with their descendants, charge to look after Rhodes’ grave and that of the Allan Wilson Patrol and not that of their ancestor, Mzilikazi, or the hundreds of Ndebele fighters who fell at Pupu. And it was a responsibility which Mtshana, the protagonist at Pupu, took with amazing grace in the eulogy he was allowed to recite for Rhodes.

Indeed, the suggestion by Catholic bishops to kill all Shona people aged 14 and above years of age fell into the same paradigm.

If followed through, it was a suggestion that would have wiped out all memory of Shona self-determination.

It is worth noting that the war in Mashonaland started with a trial; the trial of Native Commissioner Pollard by the spirit of Nehanda for atrocities committed against her descendants.

It is equally important to point out that the same war ‘ended’ with a trial; the trial of Charwe, the medium of the spirit of Nehanda, for standing up for her people.

The case was between Nehanda’s medium and the queen of Britain who had granted the charter that had authorised homosexual Rhodes’ BSAC to occupy Zimbabwe without the consent of the owners.