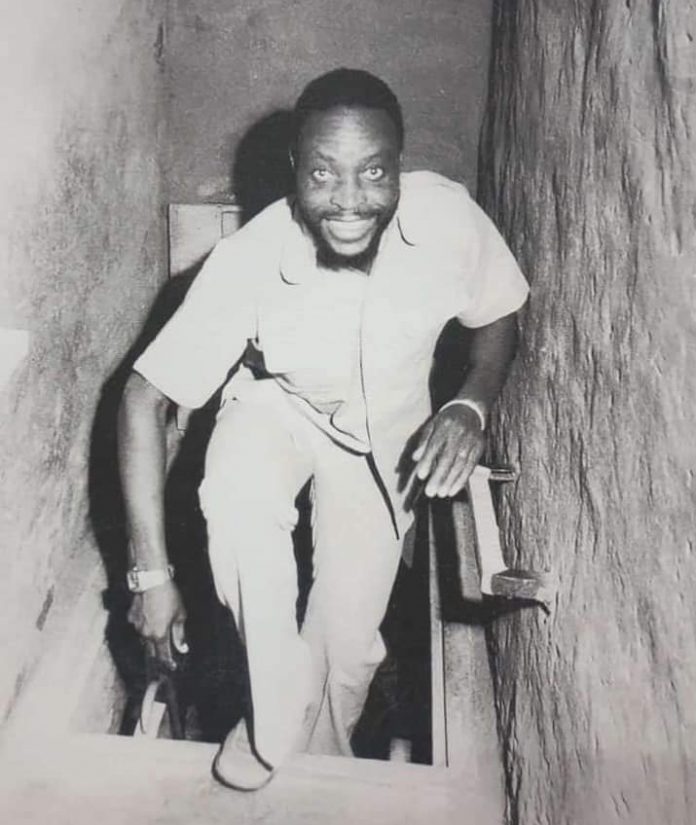 THE history of Zimbabwe up to the April 7 1902 desecration of the sacred Matobo Hills through the entombment of the homosexual Cecil John Rhodes in the sacred rock begs to be studied as a laboratory of experience.

And, within that laboratory, every reaction to enemy action should be studied as an experiment or test that confirmed critical truths that should, today, inform the choices we make in our bid to present a patriotic front against the genocidal siege we have been subjected to since initiation of colonial occupation.

In the foregoing sense, a laboratory should ‘essentially’ be considered a frontier of knowledge not much different from a war front where ‘strange’ enemies are engaged for the first time without foreknowledge of what they are capable of.

In the same logic, no experiment/experience in that laboratory should be considered a failure.

And the benefit of every outcome should be perceived in the sense of the indigenous idiom:“Chakachenjedza ndechakatanga.”

In the ‘delimited’ laboratory of experience, our indigenous forebears operated without functional foreknowledge of the evil on their doorsteps and the tragic experience translated to an invaluable blueprint all Africans struggling to survive the neo-colonial tragedy can benefit from if only they cared to read.

Part of the general import of this was apparently not lost to General Josiah Tongogara, the ZANLA supremo who asserted: “We have learnt a lot.

In fact, I would rather say Smith is a great teacher … because all the attacks he has made on us have improved our tactics. Each attack he makes … we sit down, analyse it … make scientific analysis and then we come up with some solution to it. And that is part of improving our knowledge.”

The longer perspective, unfortunately, casts the General Tongogara instance as an exception to the general tendency of Africans not learning from experience – a general tendency ‘yekukanganwa zvazuro nehope’.

We have apparently not recognised the indispensability of our own laboratory of experience in the search for answers to our problems, mostly emanating from our failure to present a patriotic front against our enemies.

We have chosen, instead, to study the biblical history of Israel – a futile effort that has doomed all patriotic front initiatives right in their spiritual foundations and filled churches and stadia with stubborn sheep and not patriots and soldiers to defend the African birthright.

In the longer perspective, the blueprint drawn in the blood of King Lobengula, Charwe, Gumboreshumba, Chinengundu, Chingaira, Nyandoro and Chikwaka, among others indicts us for blunders that could have been avoided in our navigation of the hostile neo-colonial world.

The first experiment in our laboratory of experience was our indigenous forebears’ acceptance of the first European settlers as innocent hunters, prospectors, traders and missionaries who would go away and leave them in peace.

It became the first and deepest cut that drew the first blood with which the indelible blueprint would be drawn for us.

The tragic outcome proved (for all time) that European hunters, prospectors, traders and missionaries do not have peaceful intentions and they do not go away ‘zvekumhanya’.

In the history of Zimbabwe and Africa, European hunters, prospectors, traders and ‘men of god’ were the advance guard; the scouts/intelligence gatherers; the decoys diverting attention from the main swindler-body who would constitute the garrison population or ‘immediate local agents of (a) huge international capitalistic maneuvers to control and continue to exploit the resources of Zimbabwe which … in which they include ourselves.’ (Herbert Chitepo)

When the time came, this consciousness would be part of Chitepo’s ‘regime of political education of the masses to get them to appreciate the goals that the (armed) struggle (Second Chimurenga) was aiming at.’

“I think it is very important for us to appreciate that the struggle we are engaged with is not simply against the immediate European settlers by themselves.

They are not alone!

With them are in the background, a whole lot of other people. South Africans, the Portuguese, the British, the French, the Germans, the Americans.

They are all in it.

They are all trying to get something out of the wealth of Southern Africa.

They are all part of the exploiting machine.

That is really what we are fighting against.”

Forty-seven years after Chitepo’s death, and over a century of lived experience of the proof with the added advantage of cutting-edge information age technology to inform us, we are still accepting, at face value, versions of the same hunters, prospectors, traders and missionaries as well-meaning well-wishers.

We have not used our highest literacy rate in Africa to unmask NGOs masquerading as food aid donors, scholarships and culture exchange programmes (among other configurations) as the same hunters, prospectors, traders and missionaries who delivered Africa to Europe.

We have not used our highest literacy rate in Africa to recognise the language they use, the radios they give the locals, the broadcasts they make, the homosexuality they promote, the education programmes they sponsor as ‘anti-personnel mines’ in the path of all possible patriotic front formations to defend and protect African interests.

We have not used our highest literacy rate in Africa to see the Moffat Treaty, Grobler Treaty, Rudd Concession and Royal Charter as all experiments in make-believe — white ‘strangers’ advising an ‘illiterate’ black king to commit to paper that he could not have other ‘strange’ friends of his own choice without their approval; an ‘illiterate’ black king exchanging all the mineral wealth in his whole kingdom for forex (£100)  he could not use in his own barter and trade economy; a thousand rifles not immediately available and a boat he could only imagine and not sail; a white queen authorising her subjects to impose their own authoritarian government over native sovereigns.

Over a century down the line, the experience/experiments assigns ‘literate’ history students and responsible citizens awed by the 19th Century scandal to ask why the same Moffat Treaty, Grobler Treaty, Rudd Concession and Royal Charter have literally become the templates of 21st Century treaties signed by literate black beneficiaries of information age education and technology to give away our natural resources (diamonds, platinum and gold, among many many other rare minerals) to ‘foreign investors’ without any returns to us.

Zimbabwe’s highest literacy rate in Africa indicts patriotic Zimbabweans to revisit their laboratory of experience and determine why the ‘body count’ keeps rising on the same sites of struggle.

How can the issues that disabled patriotic front formations in 1887 be the same ones still disabling patriotism in 2022?