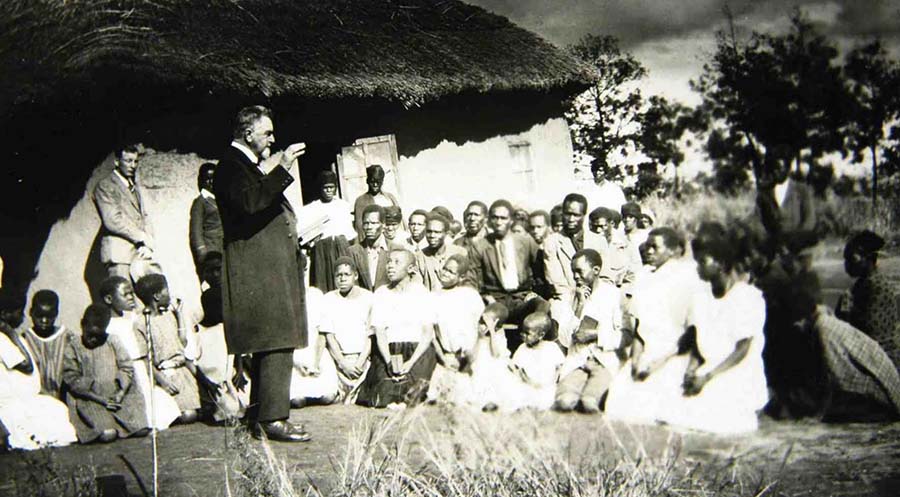 IT is Abrahamic superstition of the Christian religion that informed the decapitation of the Shona heroes of resistance (Charwe, Gumboreshumba, Mashonganyika, Chingaira, Chinengundu) and the archiving of their heads as trophies of conquest in the museums of Britain.

It was the white settler-calling card across the British Empire.

The obscene attempt to re-cast the story of David and Goliath (1 Samuel 17) to sanitise colonial genocide was obvious.

David took back the head of Goliath to Jerusalem.

In Zimbabwe (and across the world), the homosexual Cecil Rhodes’ thieving disciples took back many heads of murdered natives to their British Queen.

In retrospect, it turns out to have been not only obscene but an altogether ill-conceived narrative – a scrambled parochial narrative that has complicated logical or productive resolution by indigenous victims right to this day.

Then followed the mission schools and translations of the Bible into Shona.

The first generation of the post-First Chimurenga nationalists was born then.

And they were largely the children of converts.

Their first names show how their parents (whether by choice or duress) literally emptied the Bible of names as if to exorcise the spiritual DNA of the First Chimurenga patriots who include:

The tribal leaning in the foregoing list is too obvious to ignore and it can rightly be taken to indicate the amount of missionary effort prioritised to subvert the spiritual patriotic front in Mashonaland where it was strongest.

And, most importantly, the translation of the Bible to Shona appropriated Mwari and gave it to the Hebrew Jehovah.

It was a kind of decoy – a signposting surreptitiously redeployed to lead the Shona away from spiritual patriotism/nationalism so that those lured by the name Mwari would not find themselves in Njelele, Matopos.

They would find themselves in missionary schools and Christian temples where the exorcism of the Syrophoenician Woman’s daughter (Mark 7:24-30 and Matthew 15:21-28) would be taught as the epitome of faith and the gateway to heaven.

They would find themselves not chanting the name Mwari as a slogan of confrontation, a call to arms or a mantra for self-determination, but a self-condemning confession of sin and submission to punishment.

Matthew 22: “A Canaanite (Syrophoenician) woman from that vicinity came to him, crying out, ‘Lord, Son of David, have mercy on me! My daughter is demon-possessed and suffering terribly’.

27: “Yes it is, Lord,” she said. “Even the dogs eat the crumbs that fall from their master’s table.”

28: “Then Jesus said to her, ‘Woman, you have great faith! Your request is granted’. And her daughter was healed at that moment.”

The reader is reminded that at the second indaba in the Matopos, the Shona/Mahole chief had refused to be treated like a dog.

He had challenged the homosexual Rhodes:

The missionary education target group was the 14-years-and-below age group which had originally been excluded from the physical genocide recommended by the Catholic missionaries during the war.

In essence, the recommendation of genocide had not been shelved, as it were.

Only the execution had changed.

It had been upgraded to wholesale.

The spirited hazard taken by the disciples of the homosexual Rhodes to scale down the enormity of the problem on their hands would not take long to manifest.