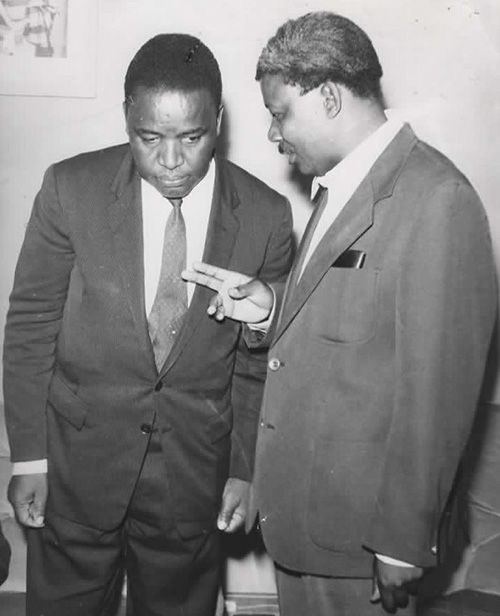 That was at the end of the First Chimurenga when white settlers were being offered lucrative terms to come and occupy land taken by force of arms from Zimbabweans.

The idea was to grow a majority white population along the same lines as had happened in the US, Canada and Australia.

In those lands, the indigenous populations had literally been wiped out.

Like Southern Rhodesia, Kenya and South Africa had also been earmarked for the same fate as the US, Canada and Australia and a large part of that investment included an education system intricately designed to anchor the colonial superstructure.

The resettlement ‘promotion’ that brought in the Smiths included premier agricultural land, African slave labour as well as free livestock confiscated from the same African victims.

A critical outcome of the ‘promotion’ was a development, in such immigrants, of a sense of entitlement translating to the pseudo-nationalism that would spawn Ian Smith’s Rhodesian Front in a manner that would, in turn, emphasise the greatest need for patriotic front formations among Zimbabweans.

The context for struggle had been set and the character cast would all be born within a space of eight years.

The move to grant the settlers self-government would have been initiated by Winston Churchill as colonial secretary in 1918.

Herbert Chitepo would be born in 1923, the same year the Rhodesians would be given self-government.

Mugabe would be born the following year (1924). Abel Muzorewa would be born in 1925 and with his birth, the main cast in the patriotic front formations of the future would have been completed.

The whole cast would be educated in Rhodesia and South Africa but to different ends and purposes in the way it ultimately anchored the colonial superstructure.

Zimbabwean nationalist education would be distinctly ‘patchworked’ or improvised from what was available to make nationalist ends meet.

And, what was available were resources (schools, teachers, religion, literature) brought in for the very same purpose of creating ‘super-serviceable’ colonial subjects.

On the other hand, Rhodesian pseudo-nationalist education was a guaranteed Rhodes legacy super-structured to sustain the imperial paradigm.

Joshua Nkomo, the oldest of the cast, destined to be called ‘Father Zimbabwe’, was the son of a London Missionary Society lay preacher and teacher.

And, ‘native education’ in Rhodesia was an investment in answer to British historian Toynbee’s question:

The London Missionary Society to which the Nkomos were subscribing was the same one that had sponsored the missionary Robert Moffat who had advised Mzilikazi to settle in western Zimbabwe where his kingdom had become the buffer zone that frustrated Boer northward expansion into Zimbabwe until the British occupation force arrived.

It has already been stated that Robert Moffat was the father of Reverend John Moffat who had himself duped Mzilikazi’s heir, Lobengula, into signing Zimbabwe into the British sphere of influence (Moffat Treaty).

And John Moffat was the father of Howard Moffat, the second Prime Minister of Southern Rhodesia who implemented the 1931 Land Apportionment Act following the granting of self-government in 1923.

And the same John Moffat was the father of Emily Moffat, wife to Robert Tredgold, the Rhodes scholarship laureate who was the Chief Justice of Southern Rhodesia who jailed Africans who protested the 1952 Land Husbandry Act led by Nkomo.

Nkomo would himself become a Methodist lay preacher.

Nkomo’s secondary education was at Adams College, Durban, South Africa, and his Social Science diploma was with the Jan Hofmeyr School of Social Science, Johannesburg.

His Bachelor of Arts degree in Economics and Sociology was an external one with the University of South Africa. Nkomo was destined to successively lead the patriotic front formations of ANC, NDP and ZAPU.

Sithole was raised by non-Christian parents but rebelled and started school late, in a school run by British Methodist missionaries.

He ended up at Dadaya Mission School run by Reverend Garfield Todd who would become Prime Minister of Southern Rhodesia.

He became a teacher and, like Nkomo, also studied for his external Bachelor of Arts degree with the University of South Africa.

Like Nkomo, he also became a Methodist lay preacher after which he was sponsored by the Mission Council of the American Board Mission of Southern Rhodesia to study Theology at the Newton Theological College, Andover, Boston, US, where he combined his studies with evangelical work.

Thereafter, he would be ordained and become Reverend.

Ndabaningi Sithole was destined to lead the ZANU split from the ZAPU patriotic front formation.

Herbert Pfumaindini Chitepo was an orphan raised by Anglican priests at St Augustine’s Mission School, Penhalonga, and then went to Adams College, Natal, South Africa before proceeding to Fort Hare for a Bachelor of Arts degree in English, after which he went to study law in the UK.

He sat on the English bench and became Zimbabwe’s first black lawyer in Rhodesia.

Chitepo was destined to spark-off the armed liberation struggle.

Mugabe was mentored by the Catholic Jesuits at Kutama Mission School where his mother, Bona, was a devout Catholic.

He became a teacher and thereafter went to Fort Hare, South Africa, where he obtained a Bachelor of Arts degree in history and English literature (1952).

While teaching in Rhodesia, he got a Bachelor of Education degree by correspondence from the University of South Africa.

And, during his stay in Zambia (1955-58), he obtained a Bachelor of Administration degree from the University of London distance learning programme.

After imprisonment in 1964, he organised study classes for fellow inmates at the Sikombela detention centre, Que Que (Kwekwe).

Examples of fellow inmates who went to prison with rudimentary education and came back as university graduates are Edgar Tekere and Enos Nkala.

He further gained four further degrees (a Masters in Economics, a Bachelor of Administration, and two Law degrees) through the University of London long distance learning programme.

Mugabe was destined to lead the country to independence.

Like Nkomo, Abel Muzorewa was the son of a Methodist lay preacher and he was educated at the United Methodist School, Old Umtali, after which he became a teacher before also becoming a full-time lay preacher.

After studying theology at Old Umtali Biblical College (1949-1952) he was ordained and became a minister at Umtali (Mutare) in August 1953.

He was ordained United Methodist Bishop of Rhodesia at Masera, Botswana, in 1968.

Muzorewa was destined to be used to try to end the armed liberation struggle through an internal settlement.

Smith went to Chaplin School, Gwelo (Gweru), after which he enrolled at Rhodes University College for his bachelor of commerce degree in 1938.

The Second World War broke out in 1939 and Smith abandoned studies to join the British Airforce in the fight against the German NAZIs because the thinking of the Germans as espoused in their national socialist (NAZI) theories was that of German racial superiority over all races.

They called themselves the Aryan race and, it was a position at variance with the one intended in the legacy of the Rhodes Scholarship.

The homosexual Rhodes had believed the British way was the best and should be taught to the world and Smith had backed the notion right to the hilt.

Smith was destined to lead Southern Rhodesia’s Unilateral Declaration of Independence from Britain in a manner that set his Rhodesian Front on an armed collision course with the nationalist patriotic front formations in the cast of Nkomo, Sithole, Chitepo, Mugabe and Muzorewa.