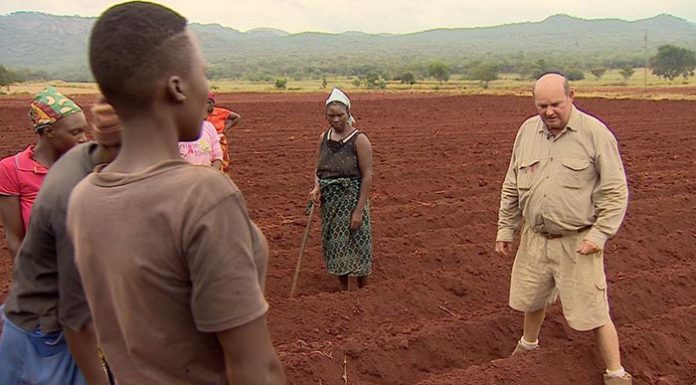 Their combined lives spanned 102 years and the death of the last of them (Mugabe) in 2019 marked the end of an era; the era of patriotic front formations improvised to liberate Zimbabwe.

It has already been suggested that their deaths lay them open for conclusive/final judgment by the longer historical context.

And, it is a historical context that indicts the very nature of the education that cut them out to lead the patriotic front formations that championed our struggle for self-determination; the education that would give Zimbabwe the highest literacy rate in Africa (also one of the highest in the world) and yet not translate to development on the ground.

Earlier instalments to the series insisted that education translates to a mindset and a worldview; an insistence that also suggested that an imperial power’s investment in education is an investment in the predictability or malleability of the victim population to colonial exploitation.

In a way, it is a proposition that makes it easy to understand why missionary education became the choice instrument for opening up Africa for colonisation. The missionary education invested in colonial victims was an investment made to ensure their predictability with the objective of optimising their exploitation in the commercial enterprise founded as Rhodesia.

The process also simultaneously undermined the victims’ critical organic connection with the traditions that had powered the First Chimurenga.

Having established the foregoing, it is worth repeating that Nkomo, Mugabe and Muzorewa had been born into Christian families. Mugabe’s case would be especially unique in the sense that the Catholic mission village at Kutama had been designed by the Jesuits to cut the converted African villagers from their ancestral roots while at the same time not including them in the exclusive comfort of colonial privilege.

The village, put simply, translated to a frugal halfway house to heaven.

On the other hand, Chitepo had been orphaned and then brought up by Anglican priests.

And, Sithole had rebelled from a traditional upbringing and become Christian in order to access missionary education.

All five of them had received primary missionary education, after which Nkomo, Sithole and Muzorewa had become lay preachers.

Again, it is important to understand that it is lay preachers who had taken over from white missionaries the burden of opening up Africa for effective colonisation. Their natural access to targeted kith and kin improved their chances of success.

And then Nkomo, Sithole, Mugabe and Muzorewa had become teachers and, in that respect, implementers of the colonial native education curriculum designed to sustain the colonial superstructure.

After the lay preacher, the teacher had been fashioned by the system to be the most effective agent of Western imperialism.

It is him who imparted the ‘shock and awe’ designed to make Western colonialism seem indispensable to targeted natives.

And, it must be understood that the native teacher was not much of a choice given that the land without which he could not survive had been confiscated and those without missionary education were being funnelled to provide slave labour on white settler-farms, mines and other commercial enterprises.

It is teachers who passed on the education that would make our colonial system sustain itself even after the white architects had withdrawn into the soft-power background of the British Commonwealth and Western regime-change non-governmental organisations to enjoy the unemployment benefits of their investments in colonial scholarship.

The foregoing would be vindicated when Zimbabwe achieved the famed 92 percent highest literacy rate in Africa (on the British colonial curriculum) not before, but after ‘independence’; after winning the right to self-determination! After winning the mandate to consolidate Chitepo’s revolutionary curriculum of: ‘Political education of the masses to get them to appreciate the goals that the struggle was aiming at. To be fired by the new vision of a new Zimbabwe and to participate in its realisation.’

We achieved the 92 percent highest literacy rate in Africa all on our own; with our own missionaries, lay preachers, reverends, bishops, pastors, apostles, prophets and prophetesses, teachers, lecturers and professors.

But it would be unfair not to view the teacher’s role as a critical part of a ‘catch-22’ paradigm that included native police enforcing the laws of colonial exploitation and native military defending the commercial enterprise established as Rhodesia.

In the documentary Frontline Rhodesia, Lord Richard Cecil, the arrogant British aristocrat mercenary who was slain by ZANLA heroes, confirms the ‘catch-22’ suicidal desperation defined by Chitepo in the question:“How can 12 million … 24 million people live on that small amount of land?

Because they can’t survive, what must they do?

Exploit them! Pay them next to nothing, because they have no alternative. They must try to live.”

Chitepo had added that the land issue was ‘the beginning of every other form of exploitation that is in Zimbabwe … in industry, in education, in every other form’ but without the teacher implementing the curriculum of servitude and exploitation, the commercial enterprise established as Rhodesia would have crumbled.

It is education that made it all possible; education under the British curriculum. And, its inconsistency with the development on the ground after the colonial master had withdrawn his ‘commercial enterprises’ translated to the kind of paradox one could call  a ‘successful disaster’.

And yet, if the longer historical context must indict Joshua Nkomo, Reverend Ndabaningi Sithole, Hebert Chitepo, Robert Mugabe and Bishop Abel Muzorewa for what they committed or omitted to turn the revolution into a successful disaster, the indictment must find irrefutable extenuation in the type of education that predisposed the whole victim society’s definition of our problem.

Nkomo, Sithole, Chitepo, Mugabe and Muzorewa were men who tried to subvert into a weapon of liberation, the very worldview that had been fashioned by an education intended to tame them for exploitation.

Their acquittal with regards to the task is what then depended on how much damage the education had inflicted or, conversely, how much consciousness it had induced in each of them as individuals.