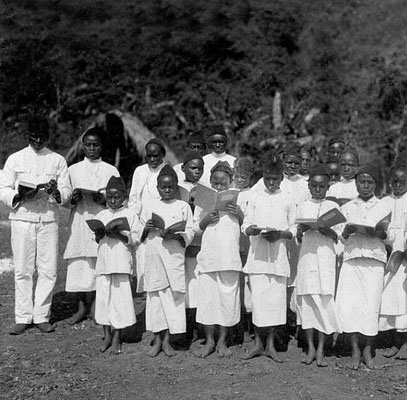 OF the whole patriotic front formations cast, the one actor with the clearest and most unambiguous stance (Herbert Chitepo) is the one who lived shortest (52 years).

Chitepo turned out to be the most unpredictable outcome of missionary upbringing and missionary education investment.

The longer perspective casts Chitepo as a character echo or reincarnation of the Shona/Amaholi chief who came armed to the second indaba in the Matobo Hills.

Both asked the same questions.

“Where are we to live when it’s over? The white man claims all the land.”

Earlier instalments to this series adequately covered the altercation in which the homosexual promised the indigenous owners of the land settlements in their own land.

The warrior chief had been shocked by the homosexual Rhodes’ reply and threatened him with a rifle.

Over half a century into the future, Chitepo would re-cast the warrior chief’s land question (with AK 47 urgency) to Ian Smith, a beneficiary of the Rhodes Scholarship legacy:

“How can 12 million … 24 million people live on that small amount of land?

Both the warrior chief and Chitepo apparently came to the same conclusion.

The warrior chief had declared to the homosexual:

And Chitepo’s  own solution had been to make no whiteman feel safe in Zimbabwe until the establishment of a new Zimbabwe, a new country, a new justice, a new economic system, a new society — indeed a whole new dispensation.

He had acquired modern weapons and embarked on the ‘regime of political education of the masses to get them to appreciate the goals that the struggle was aiming at.’

Time would tell that the true essence of what Chitepo was suggesting totally escaped the ‘educated recognition’ of the Western educated leadership of the masses who were the recipients of the ‘regime of political education … to get them to appreciate the goals that the struggle was aiming at.’

Chitepo was suggesting and instituting a different kind of curriculum – one that vigorously countered the colonial curriculum of servitude by nurturing self-determination in the ultimate life-and-death struggle sense.

And, in those respects, the treaties which the missionaries forged, witnessed and signed could not be altruistic, even in the ‘Eurocentric sense’.

No British missionary ever forged treaties for Portuguese, French or any other competing European nations.

The missionaries were part of the competition.

They were informed by their family, national as well as imperial interests.

Their commitment to those interests would ready them to even lay down their lives to preserve them.

It is ‘an obvious’ that still escapes our famed 92 percent literacy rate that when push came to shove, no missionary or European man of God ever took up arms to defend the victims of their treachery.

The fact was mentioned earlier in the series that in Zimbabwe, those  European men of God who had preached the existence of only one all-loving God actually recommended genocide of all the black children supposed to have been created by that same God.

Of the whole cast of the patriotic front formations of the liberation struggle, it was Chitepo who made it his unambiguous objective to make no white settler feel safe in Zimbabwe in the same way the white people had made all indigenous people not feel safe:

“We were, to all intents and purposes, being made, under compulsion, under force, under duress of a very vicious type to serve in the mines, to be minions, to have no place, no education, to live like serfs in the country of our birth.“ But somewhere along the line, the missionary education mindset to protect the architects of colonial genocide reasserted itself.

Bishop Abel Muzorewa and Reverend Ndabaningi Sithole who had been missionary-educated right into the pulpit naively thought that non-violent reaction to colonial violence through discussion and compromise was the way forward.

Because of the same education the Zimbabwe Rhodesia outcome of their Internal Settlement compromise did not abate white settler-violence against their own kind.

Over 70 percent of both Rhodesia and Zimbabwe Rhodesia’s security forces were black people, largely with rudimentary missionary education that pre-disposed them to defend interests that excluded their own.

Black Selous Scouts and Rhodesian African Rifles, Dzakutsaku and Chimwenje knew that there were no white guerillas among the ZANLA and ZIPRA ranks they were fighting.

They had been ‘missionary-educated’ and bound by an oath sworn on a Bible that was a critical part of that education to understand that when they raided ZANLA and ZIPRA camps every target in there would be their own skin colour.

The August 9 1976 massacre of inmates of Nyadzonia refugee camp was executed by black and white Rhodesian Selous Scouts who knew that every refugee in camp was black.

Even after humanitarian organisations had confirmed the refugee status of the camps, ZANU Secretary-General, Edgar Tekere, would shockingly agree with the Rhodesians that it had been a legitimate military target.

The November 23 1977 Chimoio raid was executed Second World War-style by 58 Rhodesian combat aircraft and ground forces that knew everyone in camp was black.

“Planes came in the morning and carried out such massacres. As these young started running in all directions they were bayoneted. I will never forget the sight of the little kids at the school where the bombs were dropped with their pencils and papers and the little bodies scattered everywhere. It was so brutish it was incredible!

‘They kill the sick! … Dragging them from ambulances and beheading them!

You see, to this day, we have not attacked one white school in the country not because those kids are defended. We have not attacked one white hospital in the country when we are absolutely certain everybody sick in there is white. Princess Margaret Hospital … We could hit it tomorrow. We said no it is barbaric. It doesn’t belong to the 20th Century. That’s not the way you fight a war.

In a like interview, Josiah Magama Tongogara had stated one of his war objectives as: “I would like to see the young people enjoying together … black … white enjoying together in a new Zimbabwe. That’s all.” And, that was notwithstanding what the white racists had done to young black people.

And after ZIPRA heroes downed two Rhodesian Viscounts, knowing everyone on board was white, ZAPU stalwart Joseph Msika did comment that the ZAPU leadership had roundly spoken against the heroic deed.

The downing of the viscounts would be followed by Rhodesian reprisal raids on Freedom Camp and Mkushi by a mafia force that knew everyone in those camps was black.

And at independence, Robert Mugabe had advocated a reconciliation policy that turned out to be a unilateral self-effacing exercise readily exploited by the racist world to re-deploy saboteurs in sheep’s clothing to hack the fledgling democracy.

Decades later, after taking racist former British Premier Tony Blair to the cleaners at the 2002 Johannesburg Earth Summit, Mugabe’s missionary education had softened his hard-line stance and pre-disposed him to say:

“We have said even as we acquire land we shall not deprive the white farmers of land completely. Every one of them is entitled to at least one farm but they would want to continue to have more than one farm. More than one farm indeed … 15; 20;  35 farms one person. These are not figures I am just getting out of my mind. They are real figures. So no farmer is being left without land.”

It is needless to say that the same farmers whose entitlement to the land Mugabe was defending had already snubbed his magnanimity and their campaign for unilateral sanctions against Zimbabwe had already spawned Zimbabwe Democracy and Economic Recovery Act (ZIDERA) (December 21 2001) barely eight months before the summit.

The foregoing pattern of history is extensive in our experience with white settlers and what it emphatically suggests is that the meaningfulness or relevance of any patriotic formations we may forge to create and sustain our self-determination as a people critically depends on our capacity to forensically read and perfectly understand what our famed 92 percent literacy rate in missionary education did to us.

In other words, we need to revive Chitepo’s ‘regime of political education of the masses to get them to appreciate the goals that our struggle for self-determination originally aimed at.’