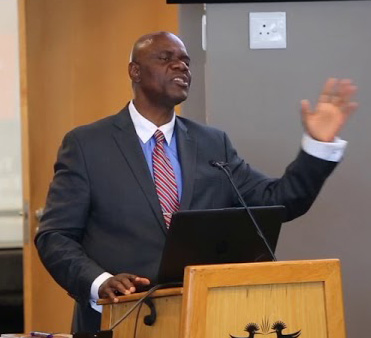 AT this juncture, it is important to note that while the patriotic front cast admittedly had enormous problems using missionary education (meant to subvert) to define the liberation struggle from the same, those mentored to use the Rhodes Scholarship to fight African self-determination as espoused by African patriotic front formations did not have it easy either.

The first inclusion of blacks in the Rhodes scholarship was not a matter of principle but a concession to humanitarian pressure which the benefactors ‘again’ quickly subverted to serve ‘exclusive’ colonial interests.

The first black recipient of the Rhodes Scholarship in Rhodesia (1977) was David Hatendi.

He graduated with a BSc (Sociology) from the University of Rhodesia in 1976.

He won the Rhodes scholarship in 1977 and went to Oxford university where he attained a doctorate in politics in 1980, following which he joined the World Bank after selection into its Young Professionals Programme, courtesy of his Rhodes Scholarship and Oxford credentials. By the same token, Hatendi became an executive director at N.M. Rothschild (1991-1995).

The longer historical perspective confirms that the appointment of the Rhodes Scholarship laureate as executive director at Rothschild was far from sheer coincidence.

Before that, the tycoon had sponsored the homosexual in the development of the British South Africa Company (BSAC) and the de Beers diamond combine.

And then, curiously, 100 years after the establishment of the Rothschild-sponsored BSAC, there emerged violent anti-establishment (regime-change) student activities at the University of Zimbabwe.

The president of the Students Representative Council at the time happened to be Arthur Mutambara and it is him who led the anti-government protests.

The period also curiously coincided with the expiry of the Lancaster House Constitution that had been used to adjourn implementation of the land objectives of the armed liberation struggle. The associated constitutional changes apparently threatened to end the Rhodes colonial legacy.

At exactly that time, Hatendi became an executive director at Rothschild and, guess what, Mutambara won the Rothschild-managed Rhodes Scholarship to study at Oxford University.

It has not been established yet whether there had been any other black recipient of the Rhodes Scholarship after Hatendi but the possibility is very strong that Mutambara was the second ever recipient of the scholarship whose constitutional aim was to identify and bring together young leaders from all English-speaking countries around the world (and Germany) for tutelage at Oxford University to forge bonds of mutual understanding and fellowship for the betterment of ‘mankind’.

And it is important to bear in mind that the British definition of mankind excluded natives like Hatendi and Mutambara.

At Merton College, Oxford, Mutambara obtained a doctorate in robotics and mechatronics.

And then it turned out that the Western regime-change sponsors, led by Britain, had over-estimated the trade unionist’s capacity to push the war-seasoned ZANU Patriotic Front out of power. Tsvangirai’s WikiLeaks rating was that he needed ‘massive-handholding’.

It was a shortcoming they mistakenly put down to his meagre ‘missionary education’, at which point it seemed prudent to impose Mutambara, the Rhodes Scholarship laureate supposedly mentored for the purpose.

It is needless to say that the ill-advised move split the MDC and the Rhodes Scholarship laureate walked away with the minority faction of the regime-change outfit. He barely made it into the inclusive Government of 2009.

In the Unity Government, his Oxford education conversely translated to a default alliance with the super-educated Robert Mugabe.

The war-veteran once remarked how he and the Rhodes Scholarship laureate often had to be patient with the trade unionist whose low intellect always compromised his capacity to grasp issues.

The racists agreed that Coltart’s role in the Unity Government was to protect white interests.

And, in a separate Hardtalk interview, the Selous Scout’s regime-change principal, Rhodes Scholarship laureate Mutambara, uncharacteristically accused the racist Hardtalk host of bearing the white supremacist expectation that African politicians should be accountable to Western governments.