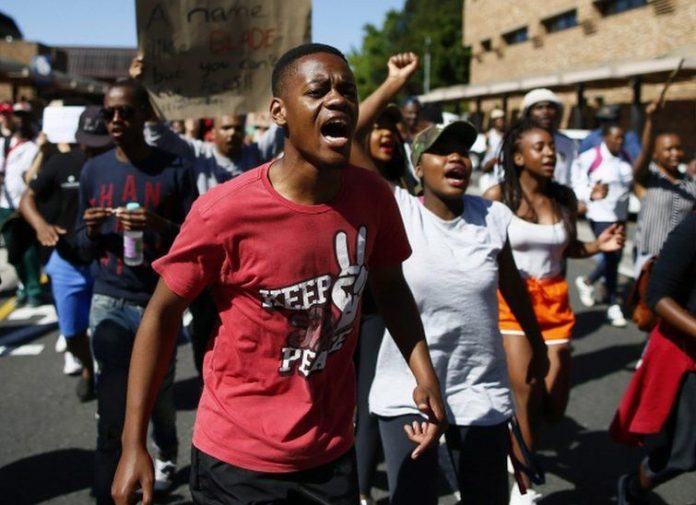 IT is important to take special note that Mutambara was president of the Student Representative Council of the University of Zimbabwe in 1988 and 1989.

He led anti-Government student activities in those years.

In that respect, it is not far-fetched to say that his Rhodes Scholarship was a reward for his leadership of student activism against his own Government.

It is an irrefutable pattern of African history that black rebels against black governments are given scholarships because their rebellions often serve white interests.

In Rhodesia, black rebels against colonial governments were awarded scholarships on the expectation that the education would translate to a default mindset that served white interests.

By the same token, no white activists against white governments are given scholarships to Oxford.

The anti-government student activity which Mutambara led came on the back of the December 22 1987 Unity Accord that saw the end of the ‘moment of madness’ in Matabeleland.

A political disaster that had threatened to ruin the fledgling nation had been averted to the chagrin of the hidden hands behind it.

At independence, Mugabe had espoused a policy of reconciliation that sought to mobilise erstwhile enemies into an all-inclusive national patriotic front formation to re-build the war-battered country.

This was an unexpected turn of events in view of a promise he had made during the war.

In an interview in the period leading up to the collapse of Rhodesia, Mugabe had promised that only the nasty elements of the Rhodesian security forces would be held accountable for atrocities committed against the indigenous majority.

A notable beneficiary of Mugabe’s amnesty was David Coltart, whose war-time credentials placed him among the nasty elements the guerilla leader had promised to bring to book.

He had jumped the age of majority to join the Rhodesian mafia at the age of 17.

In that respect, Mugabe’s all-inclusive call for reconciliation must have sounded too suspicious to accept without personal assurance.

The Selous Scout (now domiciled in apartheid South Africa) had sought that personal assurance through a telegram to the new premier of Zimbabwe.

The response was affirmative and, it is important to point out that in a characteristic show of conceit, the self-righteous white supremacist would, in future, cut out the statement that indicated that Mugabe was responding to him. He would publish it as if it had been the premier’s unsolicited invitation for ‘especially him’ (Coltart) to come and not only ‘serve’ but also ‘save’ Zimbabwe.

Unbeknown to the nationalist premier, the nasty elements of the Rhodesian security forces, whose transfer to apartheid South Africa had been facilitated by Britain, were being re-deployed under all forms of cover to sabotage the fledgling democracy.

For Coltart, the telegram was more than enough cover in the ‘moment of madness’ that almost brought the reconciliation policy to naught.

Patterns of post-independence history show that Coltart was a critical figure among those re-deployed to sabotage the all-inclusive patriotic front formation. He did not work to abate the ‘moment of madness’ but catalogued ‘atrocities’, ironically, at the behest of the Catholic Church that had itself recommended the massacre of all Shona people above the age of 14 during the First Chimurenga.

The infamous CIO operative, Kevin Woods, who became a double agent, with apartheid handlers in South Africa, was another of those re-assigned to sabotage Zimbabwe.

He would be caught and sentenced to death.

And, he would be saved by another amnesty!

Patterns in the longer historical context show that Mugabe’s reconciliation policy was the expected black survivor’s reaction to white supremacist atrocities against black people. Accordingly, Rhodesian criminals had insolently taken it as their due privilege and not worth their apology. For that reason, the racist world and the local agents who, themselves, took Mugabe’s magnanimity without apology have refused to accept the December 22 1987 Unity Accord as a critical patriotic front initiative that averted the ruin of Zimbabwe.

The Unity Accord overshadowed and put to shame the intentions of Coltart’s Catholic Commission. The ‘moment of madness’ passed almost overnight and peace returned to the land ‘in time for the expiry of the 20 percent white representation in Parliament.’

The Catholic-Coltart conspiracy was archived for future use.

A new front against the patriotic front formation, consolidated by the December 22 Unity Accord, was opened in the form of anti-Government student activism. It has already been stated that in the period 1988-1989, the activism was led by Arthur Mutambara.

In a ‘seemingly’ unrelated development at the same institution of higher learning, Welshman Ncube made history when he became a University of Zimbabwe law professor at the age of 31 in 1992.

Within seven years, the greatest opposition to patriotic formations in Zimbabwe would be launched in the Movement for Democratic Change.

Professor Ncube would be the secretary-general and the majority of the leadership would be lawyers and, in that regard, products from his law department.

The same year Prof Ncube made history as a 31-year-old law professor is the same year Selous Scout David Coltart authored the secessionist Umthwakazi founding document and embarked on a whirlwind tour of the Western world speaking on ‘imaginary’ ethnic conflict in Zimbabwe.