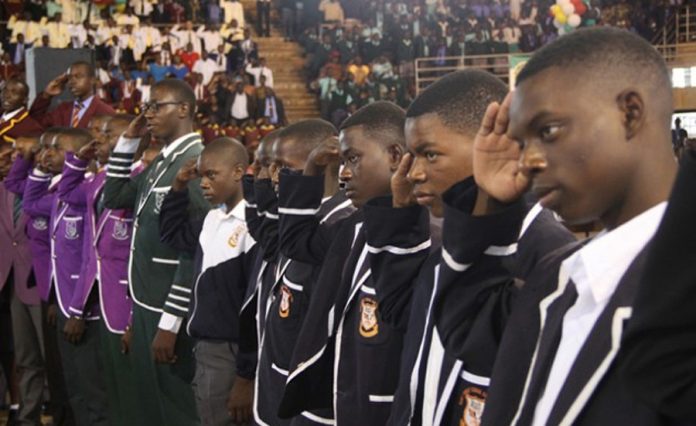 WHEN Government introduced the National Pledge in 2016, the programme was typically dismissed as another ZANU PF ploy to sway the masses.

Five years on, there is no doubt that patriotism and self-belief is still very much lacking in our general lives and scheme of things.

Our current predicament is a precarious one that entails summoning unity of purpose in order for us to defeat the ever prowling enemy from the West.

If there was any doubt that certain Zimbabweans need serious orientation on issues to do with patriotism, one needs to go no further than the reckless utterances that have become the norm on social media and other platforms where our people are ‘making a killing’ out of denigrating their country.

Zimbabwe is reeling from the devastating effects of illegal economic sanctions that were imposed on the country by the West as part of their regime change agenda.

The advent of those sanctions, while supposedly emanating from the historic Land Reform and Resettlement Programme of 2000, have their roots firmly entrenched in the actions of certain officials from the opposition MDC, like the Tendai Biti and his cohorts in the so-called civil society.

Within the opposition and the civil society, there is a warped mentality that defending Zimbabwe is akin to supporting the ruling ZANU PF party.

Anything that Government does, including embarking on programmes, such as the hugely successful Pfumvudza initiative, the ongoing massive infrastructure projects and the commissioning of the Mbuya Nehanda statue, is sadly scanned with political lenses and misappropriately framed.

Let us hear what the national pledge says in so far as patriotism is concerned:

“Almighty God, in whose hands our future lies, I salute the national flag.

United in our diversity by our common desire for freedom, justice and equality.

Respecting the brave fathers and mothers who lost lives in the Chimurenga/Umvukela and national liberation struggles.

We are proud inheritors of our national resources.

We are proud creators and participants in our vibrant traditions and cultures.

We commit to honesty and the dignity of hard work.”

It is critical to note that the national pledge is drawn from the same Constitution which was overwhelmingly endorsed by Zimbabweans on March 16 2013.

How those in the opposition seek to destroy the same is a mystery that can only be solved by their fetid links with their Western handlers.

Let us hear what the then Permanent Secretary in the Ministry of Primary and Secondary Education, Dr Sylvia Utete-Masango, said on May 4 2016:

“We have our national symbols.

For example, we have the Flag and anyone who is Zimbabwean cannot say I don’t subscribe to the Flag because this is a national symbol.

We also have the Constitution.

The wording of the Pledge is actually derived from the preamble.

This is part and parcel of the new curriculum.

We are trying to strengthen the issues to do with our value system, heritage and who we are as a people.

The new curriculum is underpinned by a philosophy.”

All this is not peculiar to Zimbabwe.

It is the norm across the world for citizens to swear allegiance to their beloved country.

For instance, the British have the Oath of Allegiance and a Pledge.

They utter the following words:

“I, (name), swear by Almighty God that, on becoming a British citizen, I will be faithful and bear true allegiance to Her Majesty Queen Elizabeth II, her heirs and successors according to law.

I will give my loyalty to the United Kingdom and respect its rights and freedoms.

I will uphold its democratic values.

I will observe its laws faithfully and fulfil my duties and obligations as a British citizen.”

In the US, the Pledge of Allegiance was first adopted in 1887 before going through a couple of revisions in 1942.

It reads: “I pledge allegiance to the Flag of the United States of America, and to the Republic for which it stands, one Nation under God, indivisible, with liberty and justice for all.”

Coming back to Zimbabwe, it is important for Zimbabwe to pursue the proposed Patriotic Act so that some of the people who are opposed to the country’s well-being are put into line.

Justice, Legal and Parliamentary Affairs Permanent Secretary Virginia Mabhiza said the Patriotic Bill is “…premised on the constitutional provision on the foreign policy of our country, which values the promotion and protection of the national interests of Zimbabwe.

It is the duty of the State to engage other sovereign nations on issues pertaining to foreign relations, and not self-serving citizens.”

Among other things, the Bill will also outlaw “…private correspondence with foreign governments or any officer or agent thereof will be prohibited, including false statements influencing foreign governments, or any other such conduct aimed at undermining the country,” as has been the regular conduct of opposition party leaders.

Let us all be guided by patriotism as we build our country.