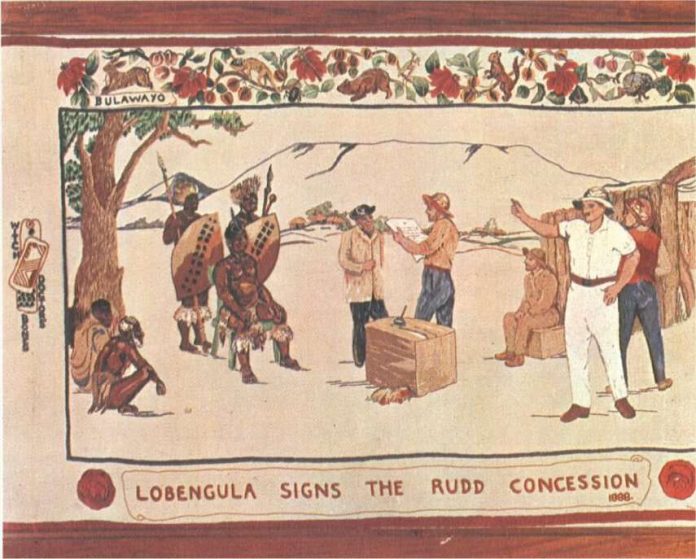 IN the first episode of this series of articles on Zimbabwean patriotism, we looked at the great patriotic war fought by all the people under the then Munhumutapa Empire to rid the motherland of Portuguese invaders hungry for gold.

We saw that all tribes/clans across the length and breadth of the country we now call Zimbabwe participated in the war. Participation was voluntary.

Still, many chose not to participate while others join__ed and fought against the patriots on the enemy side as sell-outs.

These patriots came to be called ‘vaRozvi’, translated by white writers as ‘the destroyers’, in reference to the way they punished those who betrayed the struggle.

Most texts penned by European authors portray the Rozvi fighters as marauding gangs of lawless and bloodthirsty savages killing their own kith and kin, destroying property and lynching sell-out collaborators.

They described this as cruel and senseless.

But this biased view of the actions of the Rozvi patriots seeks to hide the fact that it was punishment for ‘sleeping with the enemy’.

Retribution against those who joined the enemy, even if they were one’s own blood brothers, through total destruction of their property was referred to as ‘kurozva.’

It was the highest demonstration of ‘true patriotism’.

It resonates with the expression: “The motherland or death!” Some would dismiss it as overzealousness but, as we know, the stakes can never be higher than the survival of a nation, a people!

Zimbabwe for that matter!

In this episode, we illustrate the patriotism of the people of Zimbabwe by reviewing the events and outcome of the second people’s war (the Second Chimurenga) against Cecil John Rhodes and his blood and gold-thirsty so-called Pioneer Column and the British South Africa Company (BSAC).

Like the Portuguese before them, the British believed that a second ‘Rand’ existed across the Limpopo River in what is now Zimbabwe.

By hook and by crook, Rhodes connived with the so-called ‘men of God’, the missionaries John and Robert Moffat whom King Lobengula trusted, to extract fraudulent concessions that they used as a pretext to attack and overthrow the rulers of the people of Zimbabwe.

The Moffat Treaty and the Rudd Concession, whose contents were deliberately mistranslated by the so called ‘men of God’ (and who is to doubt their sincerity) from English into the Ndebele language, were used to infiltrate and overrun the polities of Zimbabwe.

King Lobengula, who was in control of the western part of present-day Zimbabwe, was attacked.

The exploits in anti-British battles of the early 1890s by General Mtshani Khumalo, who was recently and belatedly conferred with National Hero status, and other fighters were patriotic acts of the highest order.

The wiping out of Allan Wilson’s patrol by Ndebele forces in an epic battle on the banks of the Shangani River speaks to the gallantry of these fighters.

Many other heroic acts by black fighters have gone unreported.

As tensions rose at the start of the Second Chimurenga, the Shona also found themselves confronting the invading British looters of land and wealth.

The anti-British war in what was called Mashonaland was just as bitter.

In essence, it engulfed the whole country.

Again, we find Murenga authorising and guiding the war effort. The great spirit Murenga Sororenzou, speaking from his shrine in the Matombo Hills (mis-named Matopo) directed that the people should fight the white invaders who had come to take the land and the wealth (including minerals) from the rightful owners, the blacks.

The spirit mediums of Nehanda and others, who were the custodians of the traditional African religion, were tasked to co-ordinate the war effort all across, from what we now call Matabeleland all the way to Mashonaland.

Great patriots who laid down their lives fighting the white invaders are too numerous to list.

Chaminuka had foretold the coming of the ‘kneeless’ invaders. Mbuya Nehanda, Mashonganyika, Chingaira, Mashayamombe and numerous other great patriots were slaughtered and their skulls taken to England as war trophies to show to their kings and queens.

The Second Chimurenga was fought all across the country, demonstrating again that it was a patriotic war, a war to defend the motherland from foreign invasion.

The patriots fought valiantly and many heroic battles occurred across the length and breadth of Zimbabwe.

Historians need to document these rich legacies of Zimbabwean patriotism.

It is important to note that both the Shona and Ndebele fought on one side against a common enemy, the British invaders, led and financed by Rhodes on behalf of their imperialist British monarchy.

We read from literature (Wikipedia) that Murenga’s (uMlimo’s) call was heeded by both Shona and Ndebele forces proving that indeed it was a patriotic war; a war to defend/liberate the motherland.

The fighters were truly patriots, vanamadenyika/omatandilizwe.

“It is reported that the Mlimo (or M’limo, or Umlimo) (read Murenga) the Matabele (and Shona) spiritual leader, was credited with fomenting much of the anger that led to this confrontation.

He convinced the Matabele and the Shona that the settlers (almost 4 000 strong by then) were responsible for the drought, locust plagues and the cattle disease (rinderpest0 ravaging the country at the time.

Most of the invading white forces had gone on the ill-fated Jameson Raid into the Transvaal. (Wikipedia).

The British eventually won the war because they went back to England to source superior arms.

The machine gun and the use of explosives (dynamite) finally won the day for the British.

They used dynamite to blow up the caves where the people and their fighters hid, emerging to carry out guerilla raids on British encampments.

The superiority of the machine gun was witnessed by Ndebele regiments at Lalapansi, near present-day Gweru City where, as the front Ndebele troops fell to machine gun fire, those further behind thought it was a tactical move and called out: “Madoda lalani pansi! (comrades lie down!)”

Many probably did lie down and survived the machine gun fire.

Thousands of black fighters, including women and children and even livestock, were buried alive through the dynamite attacks on caves and hideouts.

These heroic battles are clear testimony of the patriotism that imbued our forbears across the whole country.

There was no inter-tribal conflict.

The enemy was clearly defined and the patriots faced him in unity.

All the people of Zimbabwe across the tribal divide had heeded Murenga’s call to arms to defend the land we now call Zimbabwe.

We must all marvel at the power of the great ancestral spirit of Murenga Sororenzou to mobilise all the people in the country — but that is what the patriotic spirit is all about.

All attempts to divide the people of this great country continue to fail miserably.

As we said earlier, the patriotism of the people of Zimbabwe is well illustrated by the way they closed ranks to confront a common enemy.

One would have thought the people of Zimbabwe were even less united during the First Chimurenga but their spiritual bonds with the soil were, and continue to be, strong.

Their patriotism is embedded in the soil of Zimbabwe or as some would say: “It is in the blood.”

And even though the Ndebele may have been perceived as being recent arrivals or ‘foreign’, their common bond with the Shona was their Bantu ancestry and their being indigenous Africans from the same original stock.

And the Ndebele recognised and paid allegiance to Murenga whose authority they accepted when they crossed the Limpopo into present-day Zimbabwe, paying him homage at the Njelele Shrine in Matombo Hills as the uMlimu.

That common spirituality among the black inhabitants of Zimbabwe underpinned their heroic and patriotic acts against a common enemy, the British invaders, during the Second Chimurenga.

We can see that the patriotism of Zimbabwean people clearly transcended tribal and even regional differences as illustrated by events in the First Chimurenga (1670-95) and the Second Chimurenga where the majority came together to fight a common threat to their motherland.

And we see the hand of the great ancestral spirit Murenga, together with the spirit mediums of Nehanda, Chaminuka, Mukwati, Kaguvi and many others, providing the spiritual foundation and leadership to the Second Chimurenga patriotic struggle.

In the next episode, we shall examine events in the Third Chimurenga (also referred to as the Second Chimurenga) (1965-1980) to identify the patriotic elements of that epic struggle that brought political independence to Zimbabwe in 1980.

The role of the spirit mediums in consolidating the patriotic spirit of the whole population of Zimbabwe will also be examined.