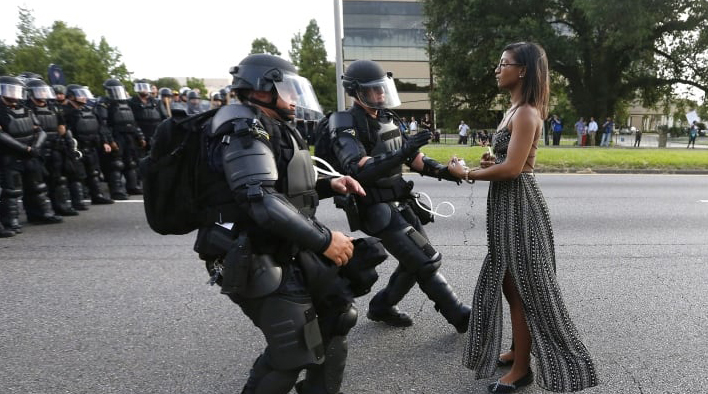 HE opened his eyes to a beautiful grey dawn and instinctively reached out for the Wife.

The Wife impatiently pushed him away.

The Man reached out again.

The Wife sat up in bed and said: ‘Keep your hands to yourself. You cannot force me. I must consent to your demands. It is my right.’

The Man complained: ‘This is unsustainable. You are my wife. Why are you doing this to me?’

The Wife threatened: ‘If you force me, I will get you arrested like last time. And then I will get a peace order against you.’

The housemaid had already prepared his breakfast by the time the Man got out of bath.

The Wife came out then.

She wanted her own breakfast before bathing and she wanted the Man to give her some money because she would be joining other women for the planned ‘Peaceful Demonstration’ to force the Government to act on alleged human rights abuses and the ailing economy.

He was tempted to tell her that she could not force him to give her the money and then decided otherwise.

She would have reminded him kuti the

Anger welled up in him and his fingers involuntarily balled into massive fists.

He started imagining himself giving the effeminate bible-toting parasite the beating of his life but something deep inside him warned: ‘Let go. Unofa neBP.’

He said to her, ‘I do not want you to be part of that demonstration.’

‘As who?’ The challenge was bold.

He looked at her.

‘I do not need your permission to demonstrate against abuse of human rights. I will be demonstrating under the banner of churches and civic society and it is my right.’

He did not like her voice going on and on even after nyaya yapera.

He did not like her simplemindedness when her friends came over.

He did not like the entire god-forsaken group going on and on about pastors, prophets, mothers-in-law and witches.

He thought that he no longer loved her.

He was shocked that the feeling could actually amount to hate.

Distantly, he listened to her insulting the maid for being a hopeless good-for-nothing fool only interested in sleeping and eating.

It was routine abuse.

The children fought over breakfast.

There was one blue cup among countless other colours and they both wanted it.

The man made a mental note to hide it.

Or throw it away.

He smiled at the afterthought.

The woman thought that he was mocking her and it irritated her.

On TV, Al Jazeera was reporting on the Black Lives Matter Movement in America.

The arresting officer of a white man responsible for mass-shooting black people had bought the psychopath a sandwich.

The Opposition was in America simply to lobby White House to impose stiffer sanctions on Zimbabwe.

Their agenda did not encompass the condition of Black life in America. Theirs was the annual September routine ahead of the United Nations summit.

In other news, Black South Africans who had survived the brunt of apartheid by fleeing to neighbouring black countries were torching their former black hosts for coming to work in the South Africa they had helped liberate.

When the Man came out of the house the Neighbour told him that thieves had broken into his car and stolen his battery.

The Man was sorry and remarked that the thefts seemed to have increased with the creation of the neighbourhood watch.

The  Neighbour whispered that he suspected another neighbour’s idle children to be the culprits.

The Maid followed The Man to the car and said, ‘Baba, I will be leaving today. I am tired of being overworked and abused without being paid. I have not been paid for the last three months.’

The Wife said: ‘I know how much I owe you and I will pay you.’

The Man said: ‘But I was giving you the money. What were you doing with the money?’

The Wife said: ‘Keep out of this. It is my department.’

The Man took out his phone and asked the maid how much she was owed and she said $300-00.

The Maid was also shocked.

The Man asked for the girl’s number.

The Wife blew up. ‘What do you want her number for? You want to phone and meet her once she is gone. You want to make her your small house!’

‘I want to give her the money you owe her.’

‘It is her entitlement. She worked for it did she not?’

The Wife turned to the Maid and threatened, ‘If you give him your number I am going to beat you up.’

The Maid turned to her boss and said: ‘As of now, I am no longer your employee. It means that you no longer have any power over me. Therefore, if you try it I am going to fight you. And if I win the fight I might just kill you with these bare hands.’

The Wife saw and was surprised and disturbed that the Maid was actually serious.

And she was shaken inside.

The Maid gave the man her number.

The Man fiddled with his phone.

The Maid’s phone beeped and she checked it.

The Man said: ‘Please forgive me.’

The Maid went back inside the house.

The Wife fumed and went out of the gate.

The Man finished checking his car pulled out of the driveway and parked outside waiting for the school children.

They came out and there was another fight as to who would ride in front with him.

The Maid came out too, carrying all her belongings in a worn-out satchel and plastic paper bag.

The Man’s daughter came out of the car and held the maid’s hand imploring, ‘Please do not leave us Sisi.’

The Maid caressed the daughter’s head saying nothing.

The Maid said, ‘I promise to visit you as often as I can.’

The Daughter asked, ‘Why are you lying to us Sisi?’

The woman appeared at the end of the lane with her two friends.

That is what they called themselves in their church.

Shaking their bottoms at their ‘most reverend’ man of God!

The Man did not understand how it was easy to buy expensive gifts of appreciation for the pastor for imaginary blessings and yet difficult to pay the house Maid for real services rendered.

Their walk was brisk.

The Man whispered under his breath, ‘Trouble is coming.’

He looked at the Maid.

The Maid did not look disturbed and it both relieved and worried him.

The Wife said, ‘Let us get back inside. I want to search your bag.’

The Maid said, ‘You can search it right here.’

One of the Wife’s friends wrenched the Maid’s satchel from her hand and ripped it open, damaging the zip in the process.

The Maid wailed: ‘What are you doing?

You should have let me open it myself. Look now, you have damaged the zip. How am I going to carry it now?’

The other friend shouted: ‘Thief!’ And she proceeded to scatter the Maid’s miserable belongings on the street.

Then she asked her friend, the Wife, ‘Has she stolen anything?’

The Wife said to her friends, ‘Don’t let her go yet. I must check my cutlery inside the house.’

The Maid stooped and started gathering her miserable belongings from the street.

The other daughter of Zion was toeing and making fun of one of the Maid’s yellowed panties full of holes as a sieve.

When the Maid attempted to get the panties, the daughter of Zion stepped on them and said, ‘Buy yourself a new pair.

Can’t you see kuti there’s nothing left to wear in that rag?’ The Maid gave up.

Her satchel was too tattered to hold what she had gathered.

She gave up and put everything in the paper bag.And as she moved to go, the daughter of Zion who had ripped the satchel held her hand and said, ‘Not so fast.’

The Maid put the paper bag down.

The Wife’s friend stood chest out, arms akimbo, left foot tapping the ground as they do in Nigerian movies.

The Maid drove a fist into the Wife’s friend’s belly and when she doubled in pain she drove her elbow into her fat back and she fell in a heap.

The other friend moved in.

The man stood between them.

The maid was smiling strangely.

The beaten friend whimpered: ‘She is just a maid!’

The Man asked: ‘Is she your maid? She is a human being. Out on this street you are equal citizens.’

The Man’s daughter emptied her books onto the car seat and offered the satchel to the Maid.