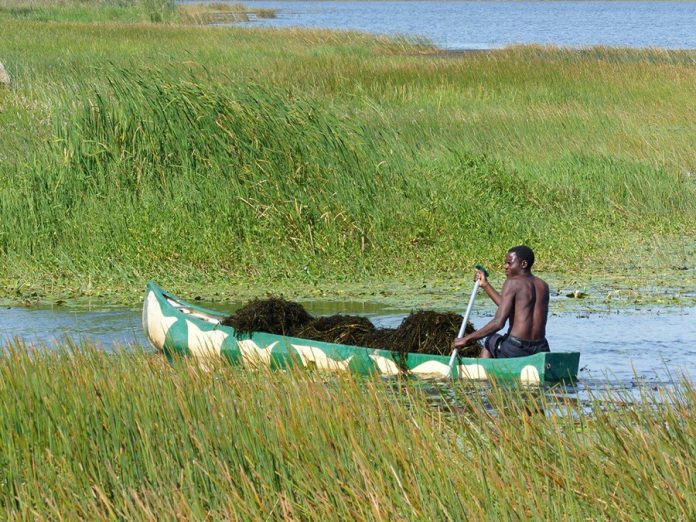 “WETLANDS sustain life. They provide 47 trillion USD worth of services annually but they are disappearing faster than any other ecosystem. It is time to rewet, reforest and restore, ” wrote secretary-general of the Ramsar Convention on Wetlands, Martha Rojas Urrego on her Twitter account.

Urrego’s statement augers well with the reality that is being witnessed across the globe.

The destruction of wetlands across the globe continues to rise seemingly unabated.

It appears ‘development’ is being prioritised over this important resource.

According to the UN World Wetlands Day Secretariat, about 90 percent of the world’s wetlands have been degraded since the 1700s and wetlands are being lost three times faster than forests.

Various governments, however, are coming up with policies and guidelines to ensure action is formulated in the drive to protect wetlands.

The importance of wetlands to the ecosystem have resulted in the UN General Assembly adopting Resolution 75/317 in August 2021 , proclaiming February 2 as World Wetlands Day.

The day also marks the adoption of the Ramsar Convention on Wetlands on February 2 1971.

Ramsar Convention positioned itself to reverse the loss of global wetlands and preserve those that are still in pristine state.

The 2022 theme for World Wetlands Day is ‘Wetlands Actions for People and Nature’ under the campaign message: ‘Value, manage, restore and love wetlands’.

The theme emphasises the importance of action that ensures conservation and sustainable use of wetlands for human and planetary health.

The theme encourages collective action in the preservation and protection of wetlands.

Urrego said now is the time for action.

“Despite the critical values and benefits of wetlands, we continue to lose them faster than any other ecosystem, with 35 percent of global wetlands lost in the last 50 years.

It is more urgent than ever to scale up actions to conserve and restore wetlands.

A sustainable, prosperous future relies on actions we take today. As we come together to celebrate World Wetlands Day, I invite you all to value, manage and restore — and love wetlands.

Because to inspire the level of wetlands we need, we must ignite greater appreciation for our most valuable ecosystems.”

Lack of knowledge on the importance of wetlands has led to their increased destruction.

Urrego said a lot of species that depend on this vital resource were under threat: “Wetlands harbour rich Biodiversity.

Forty percent of the world’s species live or breed in wetlands.

But more than quarter of wetland species are threatened with extinction.”

In Africa, destruction of wetlands has led to poor water quality which is affected by industrial effluent, agricultural pesticides and siltation from highland catchment areas.

In most urban areas in Zimbabwe, flooding has become common due to irresponsible building on wetlands.

The year 2021 saw more than 1 500 houses in Harare, Chitungwiza and other cities hit by floods due to poor planning and illegal development in wetlands.

Persistent rains in the last couple of weeks across the country have also seen flooding in most areas.

Destruction of wetlands has wiped out their role of being one of the natural measures of flood control.

In urban areas, building on wetlands is not only causing unpleasant smells but also contributing to water flow disruptions leading to waterborne diseases.

“Wetlands should be considered as solution provided within an urban and peri-urban context which can mitigate risks from changing climate, support food production for a growing population, supply water and generate income through tourism and recreation (sic),”he said.

There is an undeniable close association between people and wetlands and as they are lost, people who depend on them have suffered the consequences.

In most developed and industrialised nations, the cost of wetlands damage has reached such proportions that major efforts are being made to conserve the remaining wetlands as functional ecological and economic units.

For developing nations, the consequences of wetlands loss are more severe.

There are many reasons for valuing wetlands, including being a source of water, grazing for livestock, fisheries, nurturing birdlife, habitat for biodiversity, source of construction and craft materials, protecting coastlines, moderating climate, storing carbon and counteracting pollution, among many other benefits.