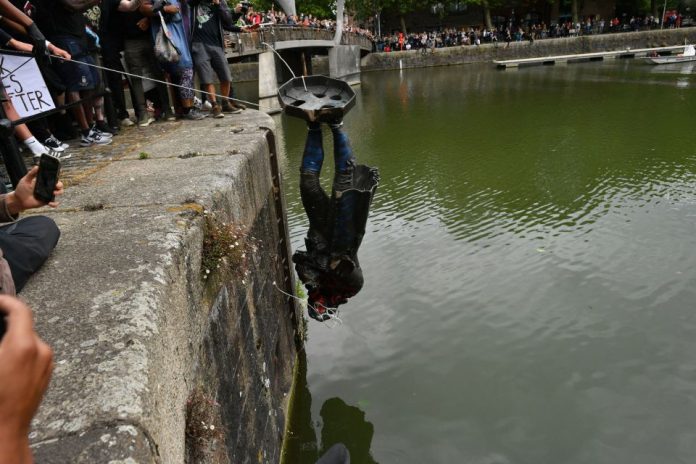 THE wave of change sweeping through the US and Europe following the brutal slaughter of George Floyd in the US has sparked a new wave of consciousness and action against racist statues celebrating the subjugation of the black race, a constant reminder that racism is still alive.

Over the last few days, statues of former slave owners, previously celebrated for their ‘valour’, have been pulled down while petitions calling for the removal of statues with links to racism have reached a crescendo.

In the US, Confederate Statues erected roughly three decades after the end of the Civil War were meant to cow first generation African-Americans born outside of slavery into submission to white supremacy as their ‘freedom’ was considered a ‘threat’ to the white establishment.

However, to this day, the sprawling establishments have been built around them, leaving them towering as a constant reminder of the class disparities that the Americans would want us to believe do not exist in the so-called ‘land of the free’.

Just 60 years ago, Americans were still lynching the black populace.

Just 60 years ago, blacks did not have the same rights and liberties as other lighter-skinned races in the US.

One wonders what could have changed in just 60 years when institutions set up centuries before have not changed an inch.

In the UK, protestors in Bristol, over the weekend, pulled down the 125-year-old Edward Colston statue, a somewhat iconic figure in Bristol that, to many, represented a constant reminder of a gory past where obscene wealth was accumulated on the back of inhuman trade in children, women and men carted from the African continent.

Videos, that have since gone viral, show protestors cheering and screaming as the Edward Colston Statue was pulled down from its plinth and then thrown into a harbor in Bristol.

In response to the agitation coming from Black Lives Matter protestors, Labour councils have ‘finally seen the light’ and are going to examine all statues for links to slavery and remove them.

The Guardian reports that London Mayor Sadiq Khan has hinted that its high time major landmarks, including street names, the names of public buildings and plaques, be reviewed by a commission to incorporate the city’s diverse populace, giving in to the Black Lives Matter discourse of removing relics with links to a past steeped in human rights abuses the British monarchy would want to wish way.

But what took them so long, one wonders?

What purpose do statues serve?

If the Western societies are diverse, why are they dominated by men of questionable morals?

Over the years, debate has been raging whether such statues should be removed and put in museums, or remain on the streets, given their connotations to people of colour.

Some have even questioned the motive behind removing such statues as this will not make any difference.

But a difference it will make!

For if it didn’t make a difference, then why are these uncanny characters celebrated, given their tainted historical past?

As the saying goes: “Until lions learn how to write, the story of the hunt will always glorify the hunter.”

History needs to be rewritten.

In order to do that, we start making history today.

The acts of pulling down racist statues will go down in history, and history will not be kind to those who do not act when adversity stares them in the face.

The Patriot has previously reported on the pitfalls of maintaining colonial relics.

Colonialist Cecil John Rhodes’ grave, for example, remains a constant reminder of the disenfranchisement of the indigenes in Zimbabwe who were robbed of their religious headquarters when he defiled the acropolis of Mwari religion as he was buried side-by-side with his ‘closest’ partner Leander Starr Jameson and their band of armed robbers.

Stories have been told of their ‘steamy’ relations, but that is a story for another day.

However, for him to opt to be buried at Njelele/Mabweadziva/Matonjeni/Matombo Hills was sacrilege.

That is our place and perhaps the ongoing movement is a cue to uproot the defilers’ remains and ship them back to England.

It’s sacrilege to have a number of statues, plaques and buildings to this day celebrating this infamous crook who hoodwinked local chiefs, purporting to be a prospector, and unscrupulously swindled them of their ancestral lands, robbing millions of their birthright.

But to what do we owe him such grand honour?

What initially started as a demonstration by a handful of University of Cape Town (UCT) students to remove the statue of Rhodes eventually spiralled into a nationwide movement to decolonise education in South Africa.

One would understand why, during the 2003 Iraq War for instance, when the Americans stormed Bagdad and overthrew Saddam Hussein, the first public act they undertook was to bring down the imposing statue of Hussein which stood at the centre of the city, to seal their victory.

“Those acts might seem small and insignificant but they are more than a mere declaration of presence; they are a claim of ownership. They are a powerful statement that they have conquered and are now in charge,” wrote the late Alexander Kanengoni in a 2016 article titled ‘The importance of national symbols’ published inThe Patriot.

As Void One, a guerilla artist from the UK, aptly commented: “So long as our history books and education programs don’t accurately contextualise and confront the accepted narratives concerning our colonial history, the crimes of empire, the racism that built the world we live in, nothing will change.”

So, it seems, sporadic battles calling for the removal of colonial and racist relics have been fought on many fronts, and the idea is to remove the symbols of racism first before nipping the institution of racism at the core.

For once, let’s speak with one voice and denounce racism, remove structures celebrating it, rename every street if it comes to that, in order for us to move on as a people.

This is the 21st Century for crying out loud!

Skin colour or tone cannot forever be considered a yardstick for painting an entire race with the same brush.

Perhaps George Floyd was meant to be the martyr who proves how the blackman metaphorically continues to be suffocated for a crime for which he was not tried and convicted — just the allegation of being blackis enough.