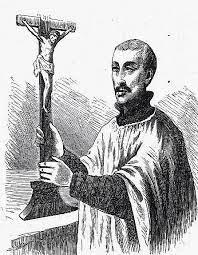 INITIALLY missionary education was religiously oriented, but soon included academic, industrial and teacher training. At first, parents were reluctant to allow their children to attend school, but later they were convinced of the benefit of education for boys.

The governing British South Africa Company (BSAC) was interested in trade schools to qualify Africans for different occupations, and helped the missions to open this category of school.

But it was literary education that appealed most strongly to African pupils.

As Jesus Christ had done, the ministry of healing was also believed to be a means of carrying into ‘Dark Africa’ the total salvation of body and soul.

It was a very convincing way to ‘evangelise’.

So, missionaries opened hospitals, dispensaries and clinics. Initially, African people had no confidence in white doctors but later. supported by ‘spectacular cures’, the missionaries gained the peoples’ confidence.

Missionaries took advantage of this confidence by ministering to their spiritual needs at the same time.

From 1924 onward, ordained ministries among the indigenous Africans, in spite of the stringent rules,

began to appear in almost all the Christian denominations. However, in the Catholic Church, the first to come to Zimbabwe, the first two priests were only ordained in 1947.

Roman Catholic missionaries had made their first attempt to introduce Christianity to the Shona people through the Portuguese Jesuit missionary Goncalo da Silveira, at the Court of Munhumutapa, until the Jesuit was murdered in 1561 as a result of court intrigues between Arab and Portuguese traders.

Although at least a dozen Catholic Churches had been planted, by 1667, they all died out with the waning of Portugal’s power, which left ‘no discernible trace of Christianity’ in the Munhumutapa Empire.

This situation remained until the 19th Century with the movement of Protestant missions into the country.

With white settler-domination of the African continent, the Christian faith took hold as the governing and superior theology.

Although Christian missionaries are often portrayed as having more concern than the colonisers for the indigenous people, their role during the colonial era nonetheless encompassed the control of a people, their education and their ability to resist political and cultural domination.

While Mbuya Nehanda, the warrior woman whose strong connection to ancestral spirits helped her to lead the people in a revolt against the oppressive colonial forces, had the strength and conviction to resist the Western colonial church’s demand to denounce her firm beliefs for Christianity, Sekuru Kaguvi did not.

The priest, by asserting his superiority, convinced Sekuru Kaguvi of a superior Christian God by claiming: “Your god is an evil god, I am here to save you from the eternal flames of hell.”

This exchange between Sekuru Kaguvi and the priest represents very early successes in converting indigenous people to Christianity.

The priest’s success to convince Sekuru Kaguvi of a Western God, as well as the various indications of Sekuru Kaguvi’s disposition to believe the priest, implies that the subsequent disconnection from the ancestral spirit was very interconnected with the missionary work.

When cultures are disrupted, altered and redefined, people lose a sense of the way life used to be and more often than not, fail to recover their sense of being and their spiritual bearings.

The longer an oppressive force succeeds at dislocating traditional beliefs and culture from the people, the further away people feel from their ancestry and history, the easier to oppress and rule.

As more and more generations are taught new customs by the Western Churches, missionaries and colonisers rather than their traditional roots, they fail to appreciate their own knowledge and beliefs.

Western ways, which become so effectively integrated into indigenous cultures, eventually become social and cultural norms; even surviving the struggles for freedom while remaining entrenched and unyielding even after the colonising forces have left.

Eurocentric colonial Christianity is one of these persistent viruses.

Due to the loss, or denial, of traditional beliefs, Zimbabweans of today live in a society marked by a plurality of modes of ‘being-in-the-world’, but unfortunately lack a theology that provides guidelines for facing up to modernity.

But can one ignore the role played by the churches and their missionaries in Africa; in Zimbabwe?

The complex relationship between Church and State in politics is manifest by the colonial Christian Churches’ acquiescence to the demands of the State to educate Africans to become good subjects of a foreign, dominating colonial State, in their own land, against the background of white racism, oppression and subjugation.

There are those who believe that Western Christian Churches have always brought to Africa, and Africans, the equilibrium for harmonious development.

“… missionary motives were often at variance with the economic interests of their Governments, but this in no way detracts from the fact that European Churches often shared the same attitude of superiority towards the beliefs, values, customs and traditions of the peoples of lands being colonised.”

Missionary work and Western religion dove-tailed into colonisation as an integral part of establishing superiority over another people.

Clearly, the Church had the responsibility to challenge the State that oppressed indigenous peoples.

Christianity in Zimbabwe, which dates back to the 14th Century, is one of the major religions practiced today.

It is embraced by the majority of the people, estimated at about 70-80 percent of the population.

Today, there are differences in behaviour between Christians from a European background and African Christians.

But does African Christianity have to aspire to European orthodoxy?

We should remember that key to Christianity is the figure of Jesus Christ who died, crucified on a cross, for the sins of all mankind and risen again in victory.

Dr Michelina Andreucci is a Zimbabwean-Italian researcher, industrial design consultant and a published author in her field.

For views and comments, e-mail: linamanucci@gmail.com