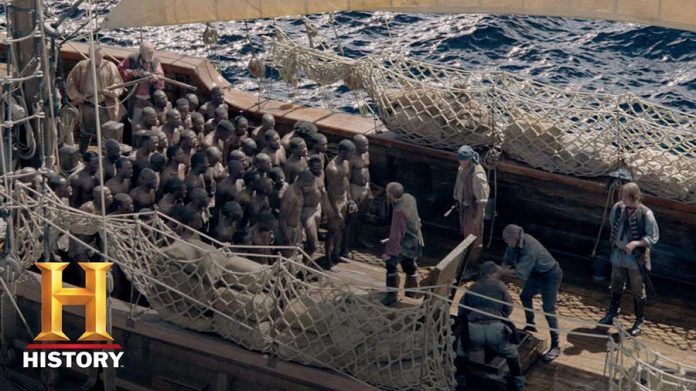 BEGINNING in the 15th Century, many previously unknown lands were ‘discovered’, colonised and ‘Christianised’ by European invaders during the Age of Discovery, which marked the arrival of settlers and their Christian priests from a previously unknown continent.

It represented one of the most-significant global events concerning ecology, agriculture, trade, human migration and culture in man’s history.

The expeditions led to numerous naval voyages across the Atlantic, Indian and Pacific Oceans as well as land expeditions to the Americas, Asia, Australia and Africa that continued into the late 19th Century, ending with the exploration of the polar regions in the 20th Century.

A prelude to the Age of Discovery was a series of European expeditions in the late Middle Ages, which crossed Eurasia by land.

Europeans, mainly Italians, took advantage of this to explore further eastwards as trade between Europe and the Middle-East was controlled mainly by them.

These Republics held the monopoly of European trade with the Middle-East from the 8th Century until the 15th Century.

Spices were among the most expensive and demanded products of the Middle Ages, as they were used in medicine, religious rituals, cosmetics and perfumes, food additives and preservatives, all of which were being imported from Asia and Africa.

Christian delegations were also dispatched by Pope Innocent IV, to the Great Khan, as far as Karakorum from which they gained a greater understanding of the world.

The Mongol Empire collapsed almost as quickly as it formed and soon, the route to the East became more difficult and dangerous. The Black Death of the 14th Century also blocked travel and trade and the rise and expansion of the Ottoman Empire, from 1299 AD, also further limited the possibilities of European overland trade.

Muslim traders dominated maritime routes throughout the Indian Ocean, tapping source regions in the Far East and shipping for trading emporiums in India, westward to Ormus in the Persian Gulf and Jeddah in the Red Sea.

From there, overland routes led to the Mediterranean coasts. Venetian merchants distributed the goods through Europe until the rise of the Ottoman Empire (1299-1923AD ), which led to the eventual fall of Constantinople in 1453, barring Europeans from important combined-land-sea routes.

The Ottoman Empire controlled a number of tributary or vassal states in the peripheral areas of its territory.

Vassalage took a number of different forms with some States permitted to elect their own leaders, while other States paid tribute for their lands.

Nautical myths, at the time, warned of oceanic monsters and an edge of the world.

Europeans did not know what lay beyond the seas on the African coast, and whether it was possible to return once it was crossed. Systematic sailing, starting in 1421, overcame such beliefs.

These early explorations allowed distant civilisations to come into contact, but also led to the spread of diseases that decimated populations not previously in contact with Eurasia and Africa, and to the enslavement, exploitation, military conquest as well as economic dominance of Europe and its colonies over native populations.

It also allowed for the expansion of Christianity throughout the world; in time becoming the world’s largest religion.

The first colonial war among European powers was fought during the War of the Castilian Succession, in 1478, near the coast at Elmina, between a Castilian armada and a Portuguese fleet, for control of the Guinea trade in gold, slaves, ivory and pepper.

The war ended with a Portuguese naval victory followed by the Portuguese Catholic Monarchs’ official recognition, embodied in the Treaty of Alcáçovas, 1479, of their sovereignty over most of the disputed West African territories.

When Bartholomeu Dias rounded the southern tip of Africa (the Cape), which he named ‘Cape of Storms’, in 1488, it marked the next crucial Portuguese breakthrough.

King John II of Portugal renamed the Cape as ‘Cabo da Boa Esperança’ (the Cape of good Hope), because of the great optimism engendered by the possibility of a sea route to India; which also proved false the view that had existed that the Indian Ocean was landlocked.

The Age of Exploration was the beginning of territorial expansion for several European countries; until eventually, the entire western hemisphere was under the control of European powers.

Early explorations and conquests were made by the Spanish and Portuguese empires.

The Treaty of Tordesillas, ratified by the Pope in 1494, divided between the two kingdoms of Portugal and Spain, the entire non-European world into two areas of exploration and colonisation, with a north to south boundary that cut through the Atlantic Ocean and the eastern part of present-day Brazil.

The Spaniards, having just ended the ‘reconquista’ (reconquest) of Spain from Muslim rule, were the first to colonise the Americas.

Based on the Treaty of Tordesillasand on earlier claims, the Spanish conquered large territories in North, Central and South America.

As in the Iberian Peninsula, the inhabitants were given new land masters, while Roman Catholic religious orders handled the local administration.

The ‘encomienda’ system that was introduced and progressively set in place, granted tribute to European settlers, which gave them access to cheap indigenous labour and taxation.

The same system, under a different name, was to be applied later in colonial Africa, including Rhodesia – now Zimbabwe.

In 1534, Charles V, Holy Roman Emperor, signed the New Laws which replaced the Laws of Burgos of 1512, which prohibited slavery and the ‘repartimientos’, while at the same time claiming all the American lands as his own and all of the indigenous people as his own subjects.

In May 1493, Pope Alexander VI issued the Papal Bull Inter Caetera, granting the New Lands to Spain; in exchange he requested the evangelisation of the indigenous people.

As a result, Benedictine friars accompanied Christopher Columbus during his second voyage to the New Lands of Americas, along with 12 other priests.

As slavery was prohibited between Christians, and could only be imposed in non-Christian prisoners of war or on men already sold as slaves, the debate on Christianisation was particularly acute during the 16th Century.

The fact that the indigenous native people living in America possessed souls was conclusively and decisively recognised by the Papal Bull Sublimis Deus, issued in 1537; thus, prohibiting their enslavement.

Nonetheless, this did not put an end to the debate, with some claiming that a native who had rebelled and then captured could be enslaved nonetheless.

As a result of the ongoing controversy, the Valladolid Debate was held between a Dominican priest and a philosopher; the former argued indigenous natives were beings with souls, as all other human beings, while the latter argued otherwise and justified their enslavement.

The process of Christianisation was violent at the start; when on arrival in Mexico in 1524, the first Franciscans burned the places dedicated to worship, perceived as pagan cult, alienating the local population.

In the 1530s, the Franciscans began to adapt Christian practices to local customs, and built new Christian churches on the sites of ancient places of worship, leading to a mix of Old-World Christianity with local religions.

In some locations where the indigenous populations were nearing extinction, African slaves were introduced to substitute for indigenous labour.

The Portuguese, during this time, switched from their initial plan of establishing trading posts to extensive colonisation of what is now Brazil and imported millions of slaves to run their plantations.

The royal Portuguese and Spanish governments, now ruling these ‘Christianised’ settlements, expected to collect a minimum of 20 percent of all treasure found, in addition to collecting all the taxes they could.