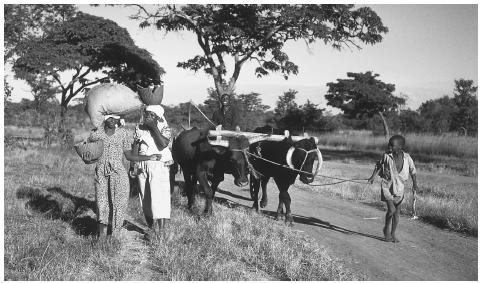 INDIGENOUS entrepreneurs in the reserves made concerted effort to survive in an otherwise difficult political and economic environment.

As suggested, rural elites were not destroyed by the Act.

Indeed, they were some of the most vociferous opponents of the Native Land Husbandry Act (NLHA).

This contrasts sharply with the belief that ‘entrepreneurial’ peasants comprised only a tiny and dwindling minority of reserve inhabitants, whose backs were broken by the NLHA’s, implementation and whose protests were unimportant compared to those of the landless poor.

During the 1930s, the Rhodesian Government set its sights against the kind of ploughman entrepreneurs who were emerging on a significant scale within the reserves, as the redistributive procedures of ‘centralisation’ and ultimately of Land Husbandry were used to undercut such men; and … de-stocking of cattle was similarly used to reduce differentiation among cattle owners.

However, the assumption that ‘rural entrepreneurs’ did not engage in cash-crop production and became differentiated is grossly misleading.

In fact, evidence to the contrary revealed that at the end of the 1940s an estimated 52 percent of cultivated land in the reserves was farmed by 30 percent of the peasantry.

This meant that there was increased land and cattle ownership despite stipulations of the NLHA, as well as the de-stocking measures.

Having largely evaded earlier Native Department attempts to limit the acreage they could plough and the number of cattle they could own, this category of producers was no less determined to go their own way in the 1950s, and they did so with considerable ingenuity and remarkable success.

To some extent they were helped by the fact, as indicated previously, that the initial implementation of the NLHA, was extremely slow.

It was largely confined to three reserves, and, even when the whole process was speeded-up between 1955 and 1961, the very haste with which it was carried out conferred an important degree of protection on better-off cultivators.

“Consider the consequences of speed,” warned one observer in 1959.

“Shoddy and inaccurate work can result in the field; errors in census taking can create serious difficulties as the later stages of the Act are implemented.

“Pacing of lands by foot rather than taping or chaining can lead to errors in acreage calculations of 20-to-25 percent.

“A hasty and inaccurate check on number of livestock at (the) kraal appreciation (stage) will be perpetuated under the stock control regulations of the NLHA.”

This over-emphasis on speed meant that Rhodesian Government officials inevitably skipped stages in the Act’s implementation. The insurmountable problems caused by the shortage of competent staff as well as other difficulties caused certain key provisions of the Act to be quietly abandoned.

For example, the requirement that, “arable land should be matched by a grazing area sufficient to enable the maintenance of fertility was dropped, cultivation rights were permitted in the grazing areas and a substantial degree of overstocking (30 percent) was tolerated.”

A study revealed that at the end of 1961, shortly before implementation was suspended, individual land allocations had been made in 54 percent of the area proclaimed in terms of the Act.

As this applied only to 78 percent of the total acreage of the reserves and so-called Special Native Areas, it meant that even the formal implementation of the NLHA,  was confined to about 42 percent of reserves.

These figures suggest that, in nearly 60 percent of the reserves, cultivators were left in possession of their existing land holdings, and even where the provisions of the NLHA, were carried out, deficiencies regarding staff made implementation difficult.

For the limited staff that was available to the Native Department, any attempt at curbing madiro ploughing far exceeded their capacity.

There were numerous cases of people self-allocating themselves land ‘kuita madiro’, upon arrival from Rhodesdale in 1950.

Self-allocation and the size of land they self-allocated was dependent on the availability of individual or household productive resources like labour, draught power and other equipment.

When the NLHA, was eventually implemented in Sanyati in 1956, it tried to limit allocations to the stipulated eight acres but people who had self-allocated themselves more than the eight acres tended to resist this limitation.

Hence, illegal extensions took place, or the ploughing of vacant plots was done by unauthorised people.

The rampant nature of madiro was clearly reflected in a confession thus: “Out of the 15 acres which we had ploughed over the years, carefully cleared and fertilised with cattle manure annually, only three acres were allocated to my mother, the rest was given to other people.

Our savings also consisted over 30 head of cattle and over 50 goats.

The stock permit that was given to my mother authorised her to graze only six head of cattle.

The rest of the stock we were supposed to dispose of at once by selling or slaughtering.

Had we complied with the dictates of the colonial regime, my brother and sister and I would never have afforded the school fees for our education (but) for the next few years (after 1959) my family and many other people in the area, with the active connivance of the local dip-tank supervisor who was supposed to enforce stock-permit regulations and our chief, who was assigned the task of enforcing regulations pertaining to the arable plots, fought very hard not only to retain our livestock but also to extend our plots into viable units.”

This shows that a large number of better-off peasants came through the NLHA, if not unscathed, then more or less intact.

So much so, in fact, that in the 1950/60 season 30 percent of reserve producers were now working 63 percent of all cultivated land.

Clearly, the trend towards an unequal distribution of the area under cultivation was more pronounced at the end of the decade than it had been at its beginning.

Cattle ownership had also become more unequal and this is validated by assertion that: “As with crops two types of cattle owners had developed by 1960.

One was a small-scale owner with a subsistence herd, the other was a large-scale owner who supplied the beef market.”