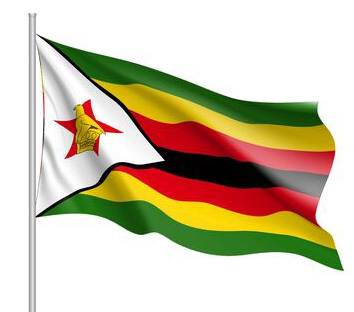 THESE children whom you neglect to teach the correct path are the very ones who hold Zimbabwe’s future in their very hands, your future and that of your descendants.

The very woes that give you sleepless nights in this special country can be, and should be, corrected by these young ones whom you are denying their right to wear Nehanda’s mantle; whom you refuse to prepare to become Zimbabwe’s custodians.

Why do you deny them coming into their own?

The National Schools Pledge was resisted from so many angles but ultimately the nation triumphed and it became part of the schools’ curriculum, ushering in a new era in which the nation and its history are openly acknowledged.

But what has happened to the National Schools Pledge six years down the line?

How many schools still have it on their curriculum?

Do the children still salute the national flag on a daily basis as required?

A mother, whose child confessed that their school (a Harare Government school) has dropped the National Schools Pledge, commented: “Is it not that many people thought it was to do with Dokora, that saluting and pledging allegiance to the nation was a form of idol worship?”

Indeed, some hid behind that finger, pretending it was Dokora’s issue but clearly it was not anyone’s personal issue, it was a national issue.

·Saluting and honouring the heroes of Chimurenga/Umvukela

·Celebrating that we are proud owners of Zimbabwe’s national resources

If anyone has a problem with these critically important, poignant issues, what does it mean?

Who has problems saluting the country, the fatherland, and why?

And who has problems honouring the freedom fighters who sacrificed their lives so that all of us can live in a free land, enjoying the endowments of a sovereign people?

Except if you believe that the country is better off in the hands of the British marauding robbers but this would be selling out because this land belongs to the Africans of the plateau between the Zambezi and the Limpopo, a God-given heritage.

To sellout is to betray the millions of Zimbabweans in the land and those yet to be born.

Who is offended that the children should know that they are proud heirs of Zimbabwe’s natural resources.

What could be the justification for being offended that the children should be conscious that the wealth of Zimbabwe is theirs.

Omitting this all important information benefits the British whom we drove out of the country through the barrel of the gun.

Commitment to hard work is the hall-mark of our society, our people throughout the ages have been hard workers, that is how they have survived. They have passed this on to us and we need to pass this on to our children so we can build a prosperous society, and this too would offend some.

How do we build a Zimbabwe that takes care of everybody without us all committing to hard work?

These virtues, these values are Dokora’s ‘sins’; these are his ‘crimes’.

But some schools have continued with the National Schools Pledge while others have discontinued.

The decision to continue or discontinue with the National Schools Pledge should not be taken lightly.

Dokora was just a scapegoat; what they projected were their own views, their consciousness about who or what Zimbabwe is, whether they are patriotic or not.

So you would wish that these precious young ones do not develop into patriots, ardent patriots but that they become misfits whose only concern is getting along in the world, joining the rat race without conscience nor concern about the motherland, only getting along as the self.

But if your choice is to abrogate the right of each child to be truly Zimbabwean, the teaching field is not your correct placement.

When you are in the teaching field, you are entrusted with the task of raising Zimbabwe’s heirs, and this begins with them knowing who they are and what their responsibilities to Zimbabwe are — and the National Schools Pledge summarises it all.

If the National Schools Pledge was debated nationwide and it triumphed and it was decided that it should be implemented thus in Zimbabwe’s schools, so it should be.

This is how nations are built; they are not built on fragmentation but cohesion.

Those schools abrogating what has been decided and ratified at the national level should be brought to book, otherwise we are undermining ourselves as a nation.

With each thing that we agree as a nation being abrogated, we are weakening the edifice called Zimbabwe and this should not be allowed.

Whenever something is not working, we should examine it to find the fault?

For them, Zimbabwe is not a normal country like other countries where people obey what their government decides and this is a cancer that should not continue to spread.

By neglecting, refusing to teach these children correctly, we are putting the nation at risk; those that are blind cannot secure the nation.