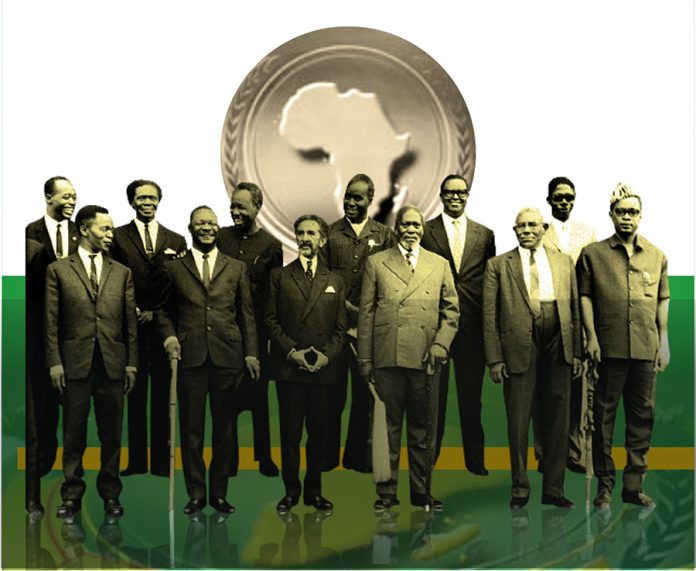 The AU is a pro-active organisation established to find African solutions to African problems.

It spearheads Africa’s development and integration as well as close collaboration with its member-states and the Regional Economic Communities (RECs).

There are 54 member-states in the AU and the 2021 AU theme is: ‘Arts, Culture and Heritage: Levers for Building the Africa we Want’.

Like last year, the 2021 celebrations were low key due to the devastating COVID-19 restrictions on the continent and the world.

So much to celebrate

Africa Day is an opportunity to celebrate the achievements of the forefathers who dared to push for the liberation of African countries.

“We are jubilant that the vision of our founding fathers has been, by and large, realised, kept and is jealously defended,” said President Emmerson Mnangagwa in his 2021 Africa Day speech at State House.

“Almost the whole continent of Africa has been rid of colonialism and apartheid; with the exception of Western Sahara.”

What is also celebrated is the ability to make concerted efforts against challenges.

For example, in these COVID-19 times, Africa mobilised itself for a continental response in a way that surprised many.

The outgoing AU Chairperson and South African President Cyril Ramaphosa noted that when the AU COVID-19 Response Fund was launched, the first contributions came from member-states, a demonstration of the ‘African ideals of unity and solidarity to fulfil our common objectives’.

The initiatives undertaken to address the challenges of the COVID-19 pandemic include the establishment of the Africa Task Force for Coronavirus (AFTCOR), the Partnership to Accelerate COVID-19 Testing in Africa (PACT); the Consortium for COVID-19 Clinical Vaccine Trials (CONCVACT); the appointment of special envoys to mobilise the international support for the continental fight against COVID-19; the establishment of the African Medical Supplies Platform (AMSP): a platform developed to assist the AU member-states to tackle issues on the supply side of the continent’s response to COVID-19 and access to medical supplies and equipment.

Other initiatives are the development of the vaccine strategy for the continent which was endorsed by the AU Bureau of Assembly; the establishment of the COVID-19 African Vaccine Acquisition Task Team (AVATT), in support of Africa vaccine strategy with the objective that no country and no-one should be left behind.

Africa Day, therefore, is an opportunity to pause and remember that the faultlines of multilateralism cannot continue to suffocate Africa as long as Africans can put their heads together.

According to the Chairperson of the AU Commission (2021-2024), Moussa Faki Mahamat: “This inward-looking and self-reliance approach, will be a catalyst for the renaissance of our nations.

It is only when they are tested, that nations and states truly emerge.”

In his 2020 Africa Day speech, Mahamat said: “Fifty-seven years after this founding act, Africa liberated itself from the colonial presence and from apartheid.

It initiated its political unity and made significant economic, social and cultural progress.”

Indeed, on Africa Day, current African leaders pay tribute to the founding fathers of the organisation.

It is a day to promote African unity, deeper regional integration and recommit Africa to a common destiny.

Having been victims of colonisation, the countries that gained independence in the 1950s tried to establish a specific day to celebrate and create a sense of unity and solidarity.

It entailed holding a conference of independent African States in April 1958 in Ghana.

The conference was attended by eight states, with April 15 declared African Freedom Day in order to celebrate the advancement of liberation movements on the continent of Africa.

This day was celebrated in a few countries for five years until the OAU was established on May 25 1963 by leaders of independent African States.

Two-thirds of the continent had achieved independence then.

Article 13 of the resolution, which was adopted in the first conference of independent African Heads of State and Government, held in Addis Ababa from May 22 to 25 1963, places“…the day of 25 May as African Liberation Day, so as to organise popular demonstrations on that day and to disseminate the recommendations of the Summit Conference.”

In 2002, the Heads of State and Government of African countries replaced the OAU with the AU and a vision of “…an integrated, prosperous and peaceful Africa, driven by its own citizens and representing a dynamic force in the global arena.”

‘African Liberation Day’ was changed to ‘Africa Day’ since all African countries had already attained independence from European colonial powers.

In line with the late Libyan leader Colonel Muammar Gaddafi’s wish, the AU was to be more economic in nature, similar to the EU and would have a central bank, a court of justice and an all-Africa Parliament.

In 2004, the AU’s pan-African Parliament was inaugurated and the organisation agreed to create a peacekeeping force, the African Standby Force, of about 15 000 soldiers.

No doubt Africa Day is a day for all Africans to reflect on the continent’ achievements, shortcomings and future.

Perhaps it’s time for other nations to follow suit.