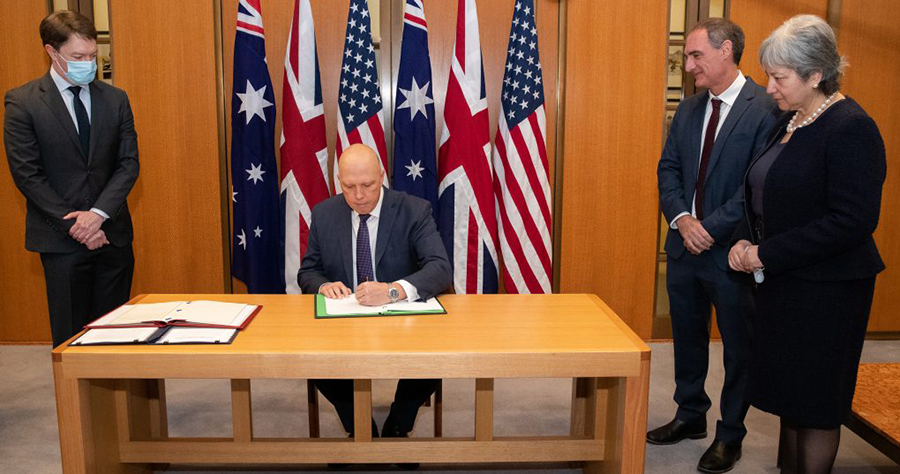 CURRENT political events on the international arena are an exhibition of drastic changes happening in the world order.

Since 1991, after disintegration of the Soviet Union, the US dominated global affairs and the world was classified as a unipolar system since one country comanded global hegemony.

And now the rise of the Chinese Dragon and the Russian Bear is giving the US sleepless nights.

A new world order is emerging in the form of a multipolar system where two or more countries dominate the world.

The US enjoyed the monopoly of global power, classifying other people’s messiahs as ‘terrorists’, justifying their brutal wars in other countries and dominating the global economy with no challenge.

Gone are the days.

The Asian giant is breathing red hot fire to become the biggest global economy and economic master of the world.

Feeling the heat, US President Joe Biden’s National Security Strategy of 2022 stresses that: “We must also contend with the reality that the distribution of power across the world is changing creating new threats. China, in particular, has rapidly become more assertive.”

Someone is not sleeping.

He further said: “It is the only competitor potentially capable of combing its economic, diplomatic, military and technological power.”

Desperate to stop the emergence of the multipolar system, Uncle Sam is now playing geo-political games, as intended in September 2021 where a military alliance was announced which consists Australia, UK and US, nicknamed ‘AUKUS’.

This military alliance is deceptive as it is not meant to protect Australia but use it as a stepping stone into the Strait of Taiwan.

This move undermines the regional peace and stability of Asia.

China has warned against such military alliances at the backdoor of Taiwan.

The US’ effort at surrounding China is unceasing and it has even attempted to gain control of Hong Kong.

In 2019, there were Western-funded protests in Hong Kong which sought to do away with China’s control.

However, China has not fallen for the bait and has not reacted as expected by the West in the case of Hong Kong.

The Nancy Pelosi visit to Taiwan is another aggravation by the US on Chinese territorial integrity.

US House of Representatives speaker Nancy Pelosi’s visit to Taiwan triggered stark opposition from Beijing and sparked concerns about the impact of the visit and the Chinese military response on regional security.

The Anti-Secession law in One China Policy states that, “Taiwan is part of China,” meaning to say China can use force and any other necessary move to protect China’s sovereignty and territorial integrity.

After this provocative visit by Pelosi, the Chinese Foreign Minister described it as ‘dangerous and irresponsible’. The shortsighted can see China as weak in not invading Taiwan soon after Pelosi visit but the Asian giant is very much aware of Sun Tzu’s words: “Know your enemy”.

The West would have wanted China to militarily engage  Taiwan but China only contended withi military drills.

The West is supplying advanced weapons to Taiwan to ‘defend’ itself but is unwittingly accelerating and promoting a new world order in which it is not the dominant player.

The same script is being used to fight the Russian Bear, but Russia is a follower of defensive realism which is where States are distrustful of other States’ intentions and, as a consequence, always try to maximise on their own security.

It reacts in protection of its national security.

Ukraine created a scenario of security dilemma to Russia when it intended to join NATO.

In 2014, the Obama administration decided not to send arms to Ukraine during the Crimea conflict because it avoided creating a security dilemma for the Russians.

However, the reckless Biden administration created this security dilemma resulting in the Russian military operation in Ukraine.

English geographer Halford Mackinder, who is named the ‘father of geopolitics’and author of ‘Heartland Theory’ asserts that: “The world is a big island, and that in the centre of that island is the pivot where the other countries balance.”

The country which is at the centre of Europe and in a strategic position is Russia, its neighbours, China and India included, are among the most populous on the planet and fastest growing economies.

So, controlling Russia’s neighbouring countries is a control on Russian politics.

Fortunately, President Vladimir Putin is winning the geo-politics against the West.

Zimbabwe should stick to countries that have stood by it in good and the worst of times.

During the liberation struggle, China and Russia stood by us in the fight against imperialism.

They also stood by Zimbabwe in 2008 when it was not fashionable to do so, by voting in our favour at the UN Security Council, when the West wanted to militarily intervene in Zimbabwe.

That we must never forget.