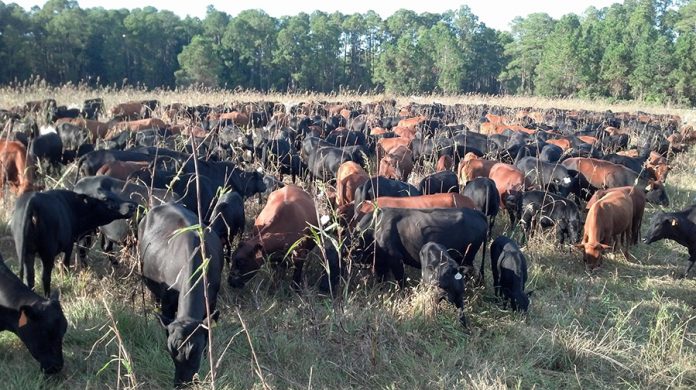 THROUGH MY on-going series on cattle studies and veterinary epidemiology, I have deliberately sought ways to improve our cattle herd and inform our livestock farmers and agricultural sectors on sustainable animal husbandry.

As such, every nation is endowed with its own specific fauna and flora, according to its geography, topography and climate.

This applies equally to livestock, in this case, I refer to cattle breeds in particular.

For example, the Nguni cattle descend from both Bos taurus and Bos indicus cattle entered Africa around 8000 years ago.

As people migrated south into Africa, they took their cattle along.

Through natural selection and environmental interaction, the cattle evolved into the hardy breed we know today as the Nguni.

The native South African breed, Africander or Afrikaner cattle breed which has been developed into a competitive beef breed was developed from the Khoi-Khoi cattle of the Cape of Good Hope which are thought to have arisen from the long-horned Zebu and the Egyptian longhorn.

Today, it is probably the most popular indigenous cattle breed in South Africa

The Criollo cattle were brought to the New World (the Americas), on Christopher Columbus’ second voyage in the late 1400s. The cows were eventually introduced and adopted from Tierra del Fuego to the Northern Rockies, and were established in the American Southwest by Spanish conquistadors in the late 1500s. Or the Texas longhorns, of Texas USA, where I worked on several ranches doing extension work during my student days.

In Zimbabwe we have the Mashona; a breed which was developed over thousands of years to adapt to the harsh South-central African climate.

A small breed of duel-purpose cattle, known as the Dexter breed of cattle, originate from the south and south-west of Ireland where they were kept in mountainous regions by small landholders, and were locally known colloquially as the “poor man’s cow”.

The combination of less feed required, high meat and milk quality, and their docility, makes them a perfect choice for first time owners and small land owners.

Dexter Cattle are the smallest purebred cattle breed in the world. The breed’s history of quality and performance are recorded in The Royal Dublin Society’s records, which dates back to 1879; eleven years before their first herd book was printed in 1890!

Like the Mashona breed, the Dexter breed is known for its hardiness, docility, thriftiness and calving ease.

They are used as beef, dairy cattle and as oxen.

Their meat is well marbled and tender and an average Dexter cow can produce two or more gallons of milk per day.

They do well in all climates and pasture types, and given proper feed and shelter they can survive almost anywhere.

In the UK Dexter Cattle have resisted Mad Cow Disease.

Their small size makes them easier to handle compared to many other breeds, and their docility allows for easy training to new situations.

The Dexter requires about one half the feed and space of larger breeds making them perfect for the small landholder, which makes them ideally suited to the small-scale rural Zimbabwean farmers who have three to five acres as well as the farmer who understands that small-framed cattle can be more efficient than larger-framed breeds.

Dexter cattle flourish on less feed than larger cattle breeds and their cuts of meat are generally in line with today’s Western public demand for smaller servings and fewer leftovers.

Comparison studies are being carried out with animals in feedlot situations to determine the best way to feed for the optimum product results.

Great converters of roughage into meat and milk, they thrive under a variety of climatic and feed situations.

The milk the breed produces is comparable to milk produced by Jersey cows.

The fat globules in Dexter milk are very small, which makes the milk more easily digested and is recommended for people with digestive problems.

It is high in butterfat,  an exceptional cow can produce 23 L per day of four percent butterfat milk, average cows yield nine to 13 litres per day.

Although temperament may vary from animal to animal, the Dexter breed like the Mashona, are generally mild mannered and considered by most owners/ producers, a delight to have on your property.

Women cattle producers often enjoy the Dexter breed due to their smaller stature; they are less intimidating than traditional beef breeds.

Purebred Dexter heifers mature early and can be bred at a year old.

The cross-bred calf usually grows to 7/8 the size of the dam. Dexter cows can continue to calve into their 20’s.

The calves grow rapidly on their mother’s rich milk and soon are eating grass and grain with the adults.

Dexter are fertile at a very early age; care must therefore, be taken that very young heifers are not accidentally exposed to the bulls.

Dexter cattle are naturally horned or polled, although many owners choose to dehorn.

The breed comes in three colours – black, dun or red.  Red Dexters are the most rare and, thus, command the highest prices

At three years old, Dexter bulls are usually between just 38 and 44 inches tall at the shoulder and approximately 330-350kgs in weight. Cows: 38 to 42 inches, in height and  weigh approximately 250 kgs

In the past there has been some confusion on how to tell the difference between a red and a dun Dexter.

Most of the confusion lay in the fact there were few red Dexter cattle.

But as producers/owners become more familiar with the two colours, they will be able to identify the difference more readily.

In the UK and elsewhere, Reds must either be born of DNA’d red parents, or be DNA verified for registration as Reds.

Interestingly though, two black Dexters can produce either black, dun, or red calves.

White on Dexter cattle is permissible on cows on the udder and vulva and on bulls on the penis sheath and testicles only.

Animals with Holstein or Simmental or brindle marking patterns on the face or sides are not eligible for registration.

Owners of Dexter cattle profit from their animals in a variety of ways – namely:

λ Draught oxen team, and Dexter Cattle cost about half as much to keep as the larger breeds of cattle.

Dr. Tony Monda is an independent Zimbabwean socio-economic analyst-consultant.  He is currently conducting veterinary epidemiology, agro-economic and food security research in Zimbabwe and Southern Africa.  He holds a PhD, DVM and a DBA. E-mail: tonym.MONDA@gmail.com