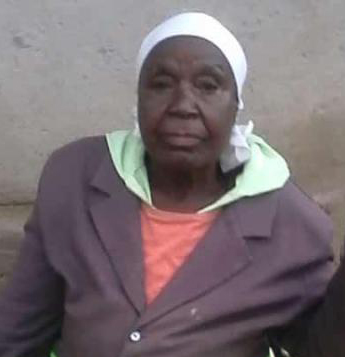 EARLY this month, the Zimbabwe Republic Police confirmed it was investigating the suspicious death of Sarah Rumhasa, an elderly woman in her 80s from Mberengwa.

The Police confirmed receiving reports that Rumhasa could have been poisoned.

It is alleged Rumhasa was forced to drink poison after self-proclaimed witch-hunters, popularly known as vanatsikamutanda, visited the area and claimed the woman was a witch.

Whether the claims were true or baseless, what is disheartening is that the community celebrated the death of Rumhasa.

The story of Rumhasa is not an isolated case as many elderly people, especially women, have faced the same accusations.

Several families have been left distraught and divided after witch-hunting ceremonies, with most elderly women bearing the brunt as they are fingered as culprits.

The question that begs is: Is ageing a blessing or a curse?

With March being the month of celebrating women and females from different circles being celebrated for their achievements in areas including business and sport, is society turning a blind eye on women past their prime?

Society seemingly ignores elderly women and pays much attention to females who are still physically and economically active, yet it is these same elderly women who have nurtured the young women being celebrated today.

The elderly women society vilifies today are the same who played a pivotal role during the liberation struggle that birthed Zimbabwe’s independence.

They risked their lives cooking for and harbouring the freedom fighters during the war.

HelpAge Zimbabwe, an organisation catering for the needs of the elderly, has said the elderly population accounts for six percent of the country’s population.

Despite the existence of legal framework, including the UN Principle for Older Persons (1991) and the 2002 Madrid International Plan of Action on Ageing (MIPAA) which speak on the need for policies that adress care for the elderly, not much is being done globally to improve the status of the elderly.

Apart from facing challenges in the family, elderly women also have to overcome hurdles in accessing other essential services including health, water and sanitation as well as sexual reproductive healthcare.

Zimbabwe has taken a step ahead in ensuring access to healthcare for the senior citizens as it is Government policy that the elderly are entitled to free health services in all State-run health institutions.

However, the private players seem to be pulling in a different direction as health insurers have age-based discriminating policies.

Most health insurance policies tend to charge higher premiums for members above the age of 65, with waiting periods varying according to age.

In terms of international law, not much is being done to address these discrepancies.

For instance, Article 25 of the Convention on the Rights of Persons With Disabilities (CRPD) speaks to discrimination against people with disabilities in the provision of health insurance yet there is no specific article in existing legal frameworks that prohibit age-based discrimination.

Elderly women tend to bear the brunt as compared to their male counterparts as they have, over the years, been disadvantaged with most not having been formally employed.

This resulted in most not having access to medical insurance and pensions.

Most have resorted to vending and doing menial jobs as they not only fend for themselves but some take care of orphaned grandchildren.

The most common diseases affecting older women in Zimbabwe are cancers of the cervix and breast, cardiovascular diseases, diabetes and stroke which require monthly courses of medication.

A research by medical practioner Dr Timothy Kaseke revealed there is need to continue improving on the healthcare delivery system to suit the health needs of senior citizens.

“It is imperative that the State revamps the public health system by ensuring the availability of drugs and medical personnel in public health institutions and ensure the elderly continue to get first preference,” said Kaseke.

“Employers can also craft programmes to aid employees access healthcare in their old age and also assist their spouses when they pass on.

“It is important for Government to constantly review upwards pension premiums to ensure that they are not below poverty datum line.

“By so doing it lessens the burden for the elderly as they will be able to access basic needs, including health.”

“Social support programmes under which the elderly receive monthly grants from Government can be re-introduced to ensure the senior citizens have a source of income,” said Malinga.

“The Church can also chip in by providing not only spiritual support to the elderly but also ensuring they have access to basic needs including food, shelter, clothes and companionship.

“This not only cushions the senior citizens but it also eases the burden on their children or grandchildren who are now left with the duty to take care of their needs.”

In terms of policy, Government should align the Older Persons Act of 2012 to the Constitution to include the rights of the elderly.

As the country continues to celebrate women this month, it is hoped the contributions of elderly women to society will be noted and celebrated as well.

Sarah Rumhasa is alleged to have died after having been forced to drink a concotion by tsikamutanda.