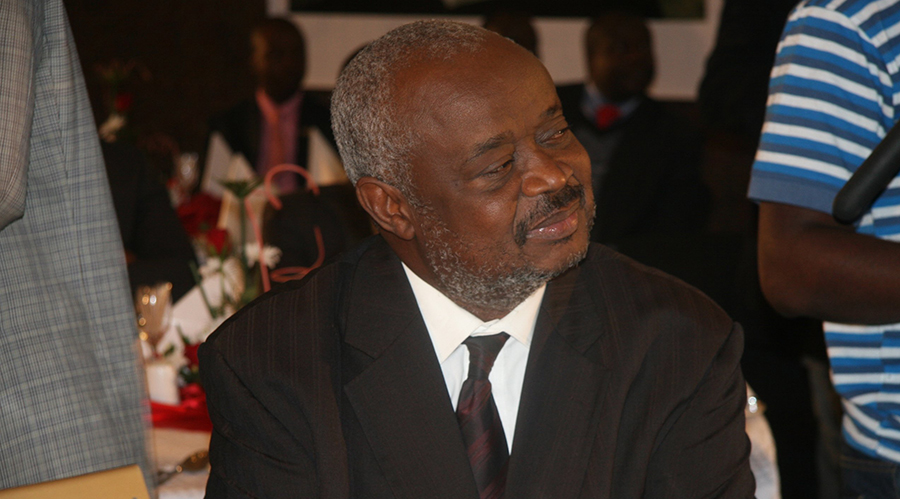 He died at age 64 after serving Zimbabwe illustriously during the liberation struggle and after he had liberated it with thousands others.

He left us on April 12 2016 and we buried him at his farm in Centenary where we thus sang.

A great freedom fighter, he had lived his life in the shadow of Nehanda.

He had written his page against the British armed robbers fearlessly.

His gun barked against them during our armed struggle, blazing a trail that brooked no opposition until Zimbabwe was free and he and fellow freedom fighters triumphed.

Independence came, the hard-won independence; for Cde Kanengoni, it did not mean rest, there was the great work of defending the precious land, Zimbabwe, the land he would have died for.

He took up his pen, as long as he lived they knew no rest. The fiercest freedom fighter continued to rout them from each nook and cranny of his beloved Zimbabwe.

His zeal to seal freedom for Zimbabwe saw him, with like-minded patriots, found the paper, The Patriot, under the auspices of the Zimbabwe Heritage Trust (ZHT), primarily to defend the soul of the nation; to tell the story of Zimbabwe and correct each fallacy about this great land; to tell the people of this great land who they truly are thus to remind them to stand tall for: ‘You are second to none, you descend from a great history, a great people’.

To tell each people of the world to bow down to no iniquity, to insist on genuine independence and to eschew to be at peace with anyone who challenges, denigrates his/her ensconcement with Musikavanhu as first born in his/her own right and second to no-one.

The Patriot was founded to tell the peoples of the world that they too can achieve what we have achieved; to invite them to join hands with us and work together with us to build a free world in which all peoples of the world pursue their own destinies unhindered by anyone, second to none and unfettered to no-one.

In The Patriot, he and his compatriots in ZHT and the revolutionary fraternity choreographed a platform in which each, who is truly Zimbabwean, can sing his/her song, tell the story of his/her land, and of those across the globe who still seek and defend their own story.

In the blistering hostile world of the media, he fought battle after battle until he had carved out a niche for the history of Zimbabwe from our own perspective, of our struggle, a page on which those who love Zimbabwe can debate how best to build the kind of Zimbabwe for which so many fought for, suffered and died for – a platform on which the legacy of our people, the ancient of old who built the Great Zimbabwe can be told – a forum in which the story of Murenga, Chaminuka and Nehanda is relived and celebrated, such that each child of Zimbabwe remembers who he/she truly is and fight unflinchingly for his/her ensconcement with Musikavanhu.

This is a page in which no-one fears the whiteman but remembers who it is who sanctified the vilest of evil; taking what belongs to others by brute force; destroying others and their religion; murdering children, the sick, the maimed with impunity; a page which says evil is evil, good is good but it is not an ensconcement of race.

Everybody loved Cde Kanengoni because he fearlessly stood for the truth, he was forthright.

His door was always open, even to enemies; they too came to talk to him about The Patriot and he was always candid and when they left, they were clear what The Patriot was about, that it was not about this person or that one but about justice, truth, love, loving your country passionately, so passionately that you are willing to die for it, to defend it with all your might, securing everything about it, standing tall to defend all that is noble precious and grand about this special sacred land.

No-one who met him and talked about The Patriot was left in any confusion about this land; that it is a great sacred land, an ensconcement of Musikavanhu, endowed with untold riches, beauty and grandeur, and a people so loving of it that they were and still are willing to die for it in their thousands.

He would always insist on hunhu/ubuntu as the hallmark of the African and would charge that this should be fully nurtured in our children and that as Africans we are defined by hunhu/ubuntu; that our children should know of their heroes, of Patrice Lumumba, Kwame Nkrumah, Leopold Sengor, Samora Machel, Mwalimu Julius Nyerere, Amilcar Cabral and all the African stalwarts who distilled the best that Africa is, and preserved and stood for who we are so that today we stand tall among nations of the world as equals.

Is it possible to remember all you taught us Cde Kanengoni?

Indeed it is not!

But we shall continue to honour your legacy and continue to write as you taught us to fight for the truth fearlessly.

We miss you Cde Kanengoni!

We miss you Cde Gora!

We miss you Cde Zanda!