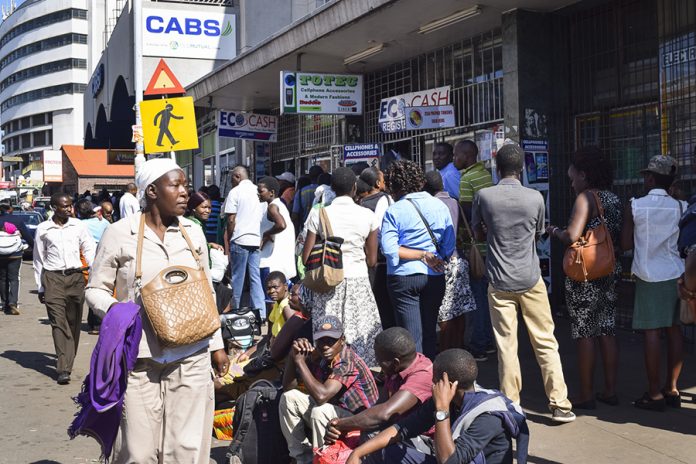 IN The Machine Stops, a science fiction story by E. M. Forster, published by the Oxford and Cambridge Review in November 1909 and republished in his The Eternal Moment and Other Stories in 1928, people have lost the capacity to live on the surface of the earth, with each individual living in isolation, living underground with all their lives dependent on some huge global machine.

With each living in his own room, travel, even next door, is not encouraged in a society where the machine does everything for them.

The main characters, Vashti and her son Kuno, have conflicts over the current scenario, with Vashti happy with the status quo, while Kuno is now beginning to question this machine-dominated underworld.

He even makes some secret visits to the surface of the earth and gets threatened with banishment for doing so.

The life support required to visit the surface of the earth is proscribed, with technopoly, worship of the machine, established as a religion with most no longer conscious of the fact that the machine was not only created by man, but a deity in its own right

Because most people now worship the machine, when the machine’s auto mending apparatus fails, nobody takes this seriously until, eventually, the machine stops and all hell breaks loose.

You are probably saying to yourself that I am getting too long to get to my point, but hang on, I am hinting, we could be worshipping the market and/or even democracy when, like Kuno, we should be questioning their dependability and reliability, especially when the human factor is taken into account.

The point is that it is understandable how our currency lost value in the period leading to dollarisation and not between SI 142 and now.

Of course, as intimated in the last installment, there were lots of shenanigans around, but not the kind as would affect economic fundamentals as reflected in loss of value within that short space of time.

Put it this way, Zimbabwe moved to the US dollar because our currency was no longer reliable as a unit of exchange and store of value. Even the classical definition of inflation — of too much money chasing too few goods — then applied.

There was money printed or generated unrelated to any economic activity or the production of goods and services.

We called it Bearer Cheques which the Reserve Bank printed with the sole objective of mopping out foreign currency, the better perceived money.

These Bearer Cheques hit Lusaka, Beira and Messina before they were released in Harare and there were those who were lucky enough to be their pushing fronts and got a stake for themselves in the foreign currency with more stable value too.

But then, in the current round of inflation, what we have had has been more a question of confidence and other predatory activities by those who want to outsmart everybody else and build their nests using others’ feathers.

There was never too much money chasing too few goods in the current round of inflation.

If anything, there was very little money chasing the goods which have been there.

Because the situation is not orthodox, it can therefore not be addressed through the usual textbook fashion, not by way of normal fiscal and monetary instruments.

See it is this way; when we dollarised, everyone began from zero, apart from those who were favoured by being the pushers, or working for banks or other strategic institutions, including NGOs and multilateral institutions.

We earned our US dollars through various economic activities and were encouraged to bank them.

We bought assets and sold some, saving our money in the banks.

Then in came the Bond note!

The coming in of the Bond note had been preceded by some general liquidity crunch which saw people failing to access their cash in the banks.

There was nothing unique about the idea of having a Bond note.

Namibia with its dollar, Lesotho with its Maluti and Eswatini with its Emalangeni all issued on a 1:1 with the rand were in a similar position albeit in a more formal arrangement under the Rand Monetary Area Agreement.

But then, even the Bond notes and coins got in short supply.

The Bond note was being issued as an export incentive and thus had no linkages whatsoever with technical money supply requirements as prescribed by aggregate macro-economic dictates.

In an interview with this writer in 2017, the Reserve Bank of Zimbabwe Governor, Dr John Mangudya, would express exasperation over expansionary Government expenditure that increased local dollars vis-à-vis the US dollar which was our primary unit of account.

Government was then spending 113 percent more than it generated in revenue per month, of which 90 percent was consumptive or recurrent expenditure with a monthly salary bill of US$ 240 million.

Let the reader understand that all these salaries would have been raised through Treasury Bills (TBs) and not cash and how people started going to banks and failing to get cash.

May the reader be aware that deficit financing through TBs is not peculiar to Zimbabwe.

Zambia and South Africa, among other countries, have similar, if not worse problems and yet the problem does not manifest in the same Zimbabwean manner because they print their own currencies.

That is in fact how normal economies run with fiscal and monetary instruments.

Zimbabwe’s problem was that our deficit was monetised unlike in the case of other countries with their own local currencies.

Add to this, financial indiscipline, then the liquidity crunch which has continued up to most recently when people have to pay premiums of 20-30 percent or even 50 percent to access their cash, then you have a recipe for disaster.