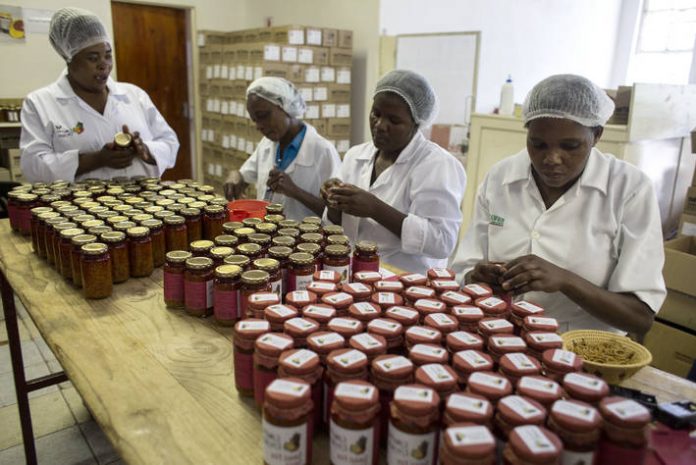 SINCE 2003, Africa’s annual agricultural growth has averaged nearly four percent, well above the growth rates for the previous several decades.

While several African countries have made inroads in tackling the challenges of hunger, under-nourishment and extreme poverty, Africa remains a net food importer and produces far less than its potential.

The Comprehensive Africa Agriculture Development Programme’s (CAADP’s) message was clear: More investments in agriculture will end hunger and lift millions out of poverty. Though Africa’s plan to revamp agriculture through the CAADP is a noble idea, it has no power to compel members to adopt its recommendations.

While climatic factors, the HIV/AIDS pandemic and economic decline have all contributed to the magnitude of food insecurity experienced in Africa, and Zimbabwe, the major negatives are said to be bad policies and, to a lesser extent, the vagaries of  the weather as well as  governments  that do not have funds or are unwilling to commit enough money to back their agricultural potential and support their farmers.

At the African Green Revolution Forum (AGRF), held in Kigali, Rwanda, in September 2018, African leaders pledged to accelerate steps towards the sustainability of the continent’s agricultural enterprise.

Some expressed satisfaction with the efforts made so far, based on its most abundant natural resource – cultivable land.

Africa holds 65 percent of the uncultivated arable land left to feed nine billion people by 2050. Its vast savannas are the world’s largest agriculture frontier, estimated at 400 million hectares — but only 10 percent of this is cultivated.

Speaking during the Forum, Rwanda’s President, Paul Kagame, believes that if land is well utilised, Africa will be in a position to effortlessly feed its growing population (estimated to reach two billion by 2030), with surpluses for export.

“We have everything we need to succeed,” said Kagame; at the same time stressing the urgent need to revive extension services in the quest for an agricultural revolution.

“We must start treating farmers as clients. They need the latest skills and services to increase their productivity.”

Sharing Kagame’s vision, Gabon’s Prime Minister, Emmanuel Issoze-Ngondet noted: “We have 15,4 million hectares of arable land, but we only have 450 000 from which products are directly exported.”

His government has come to realise that agriculture can turn their economy around, and is making new investments in the sector.

Kenya, like Zimbabwe, is fortunate to have arable land and a good climate. Speaking at the AGRF Deputy President William Ruto said: “Africa contributes 60 percent of all our export earnings, which we now plan to increase some more. We intend to raise our income from farming by about $4 billion from four crops in the next five years.”

He hopes to use agriculture to grow the country into a stable economy.

“To do this, we are going to ensure that fertilisers are targeted so that we avoid the reduction of outputs because of using wrong fertilisers. We are also setting up systems to reduce post-harvest losses and increase value addition investments for what we produce.”

Ghana also plans to grow its agricultural portfolio according to President Nana Addo Dankwa Akufo-Addo.  Ghana, together with Côte d’Ivoire, produce 65 percent of Africa’s 75 percent of the global cocoa production. However, it receives only two percent of the US$100 billion annual revenues from chocolate globally.

“It cannot be right that the continent that has 25 percent of the world’s agricultural land produces 10 percent of the world’s output of food. These are the disconnects in Africa that should give us all cause for concern…these facts tell us that there has been systemically a failure of policy,” said President Akufo-Addo during the forum.

“…Until we sit down and work out what we need to do, we should stop blaming other people for our problems. We have to deal with our reality and find solutions for our situations – it has to be our responsibility.”

President Akufo-Addo hopes that every agricultural stakeholder on the African continent will work towards boosting this vital sector.

AGRF is an annual event that brings together Heads of State, entrepreneurs, industry experts and farmers for a dialogue on the state of agriculture in Africa. The Forum has served to keep all stakeholders well engaged and committed to achieving set goals.

Under the current circumstances, it is estimated that food production will have to be increased by an astounding 50 percent to feed the additional two billion people who will live on our planet by 2050.

Of greater concern is that our goal of ending hunger by 2030 seems to be regressing, with FAO’s recent estimates showing that after steadily declining over the past decade, global hunger appears to be on the rise, now affecting more than one out of 10 people. The estimated number of undernourished people increased from 777 million in 2015 to 815 million in 2016.

The World Food Programme uses the following broad definition of ‘food crisis’: “Food crisis is the incidence of serious food shortages across a country, but where hunger deaths are rare, and the incidence of acute malnutrition is less than in a state of famine, but there is a significant incidence of chronic malnutrition and the country is still unable to achieve food self-reliance and is significantly dependent on international aid.”

In this new millennium, the extent of rural poverty in Africa is unacceptable and needs to be revisited from an economic and technological perspective.

In Zimbabwe, for example, total rural electrification and other energy development necessities are still to be attained whilst on the other hand, scientific and ergonomic rural development is crucial in reviving agriculture.

Already, 40 years following Zimbabwe’s independence, it is undesirable that rural areas have become zones of underdevelopment in the various related agricultural economies.

We must transform Zimbabwe’s rural areas into zones of economic prosperity, that begin with the development of the rural infrastructure as well as the agriculture and the food industry.

It is time we view agriculture in Africa as a business and as a scientific development national strategy to unlock both food security and generational wealth.

This is especially so in Zimbabwe where a solid traditional history of land cultivation, ancient mining, building technology, agro-botany and animal husbandry is already part of our MaDzimbahwe genetic memory.

Dr Michelina Andreucci is a Zimbabwean-Italian researcher, industrial design consultant, lecturer and specialist hospitality interior decorator. She is a published author in her field. For comments e-mail: linamanucci@gmail.com