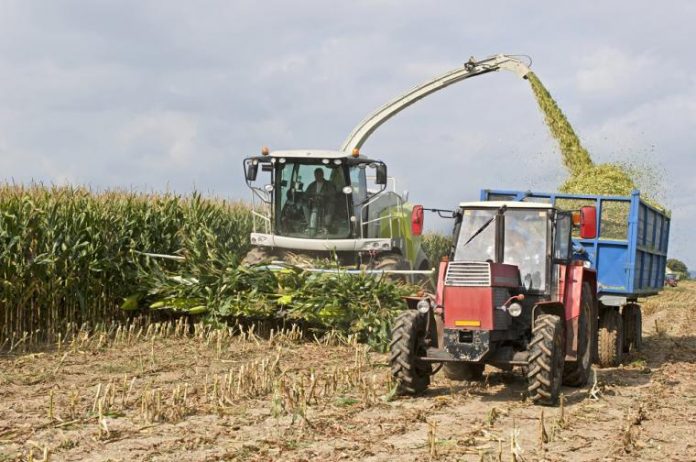 AMID economic forecasts that Africa will be the next big emerging market, the AU launched the Comprehensive Africa Agriculture Development Programme (CAADP) in 2004.

As it marked its 10th Anniversary in 2014, the AU marked the year as ‘The Year of Agriculture and Food Security’ to emphasise the central role agriculture plays in Africa’s economic growth.

The supreme regional body has been working to convince its members to boost investments in their respective sectors of agriculture.

At the end of December 2013, 40 countries had signed up for the CAADP which requires signatories to spend at least 10 percent of their budgets on agriculture and to strive for an annual six percent growth in agriculture.

Only nine  attained the 10 percent set target. Those that put the programme into action witnessed positive changes.

For example, Rwanda, the first country to adopt the CAADP in 2007, increased the land allocated to maize production almost five-fold in three years.

As a result, maize harvests rose by almost 213 percent – from less than 0,8 to 2,5 tonnes/ha over the same period.

Along with Sierra Leone and Tanzania, Malawi also scored comparable successes before the government reduced support to agriculture when faced with a budget crisis in 2012.

Fifteen years after the Land Reform and Resettlement Programme, Zimbabwe launched its Command Agriculture Programme in 2015 to boost agriculture in Zimbabwe and increase food security in the face of the ongoing climate change challenges and ongoing chronic food shortages

For a country like Zimbabwe, with 80 percent of its population deriving a significant proportion of their livelihoods from rain-fed agriculture and livestock production, the successive poor agricultural seasons have seriously undermined the agricultural sector, with calamitous consequences for the nation.

High prices for most basic commodities following the announcement of increased fuel prices in January 2019 raised concerns of a resurgence of the 1991-1996 pricing instability and food insecurity in Zimbabwe.

The Food and Agriculture Organization (FAO) defines food security as follows: “Food security exists when all people, at all times, have physical and economic access to sufficient, safe and nutritious food to meet their dietary needs and food preferences for an active and healthy life. FAO identifies four conditions towards ensuring food security: adequacy of food supply or availability; stability of supply without fluctuations or shortages from season to season or from year to year; accessibility to food or affordability; and, quality and safety of food.”

As a result, the World Food Programme (WFP), in a pilot urban programme in partnership with UNDP and DFID, signed a £3.95 million agreement to provide cash-based food assistance to some 116 000 highly food insecure people, including 97 000 in rural areas and 19 000 in the Harare suburb of Epworth.

In January 2019, of the 24 districts reached by the WFP programme, 18 received cash assistance complemented by an in-kind ration of vegetable oil and/or Super Cereal (a specialised nutritious product for households with children under the age of five); the remaining six districts received a full in-kind ration.

In partnership with the Ministry of Health and Child Care, the WFP also assisted 4 662 people under its nutrition activities.

WFP implemented the prevention of stunting programme in Mutasa District with its partner Plan International, and continued to provide nutrition support to women awaiting delivery in maternity waiting homes through a partnership with UNFPA.

The WFP, that has operated in Zimbabwe since the early 2000, has recently put into effect a Country Strategic Plan (CSP) for 2017 through to 2021.

Working jointly with the Government of Zimbabwe and other partners, the WFP is “…promoting a shift towards resilience-building efforts, which include emphasis on reducing stunting, strengthening social protection systems and empowering smallholder farmers.”

The US$271,3 million Country Strategic Plan (CSP) seeks to give access to food-insecure people, including refugees, in the most affected districts to enable them to “…meet their basic food and nutrition requirements during severe seasonal shakes or other disruptions.”

Broken down into various strategic goals and activities, the CSP further seeks to provide cash and/or food transfers to the most vulnerable households affected by seasonal food shortages; provide unconditional cash and/or food transfers and livelihood support for refugees in camps; and reduce children’s stunting rates in prioritised districts by reducing malnutrition in line with the achievement of national and global targets by 2025; Children who are well nourished, nurtured and protected from stress carry advantages with them that last a lifetime. (World Bank 2019)

This will be achieved by building evidence for nutrition advocacy, policy direction and programme decision-making as well as supporting the Government’s nutrition programming at the national and sub-national levels.

CSP #3 seeks to improve smallholders’ food security and nutrition, whereby smallholder farmers in Zimbabwe will have increased access to well-functioning agricultural markets by 2030 by supporting the development of an efficient local food marketing and procurement mechanism; and enabling farmer organisations to aggregate and market surplus production.

CSP #4 seeks to assist food-insecure rural households and smallholder farmers achieve food security and resilience to repeated exposure to multiple shocks and stressors through supporting the creation and rehabilitation of assets for sustainable food and nutrition security; enhancing the capacity of prioritised districts to plan and manage resilience building.

Goal 5 of the CSP is to strengthen the capacity (of Developing Countries like Zimbabwe) to implement the UN’s Sustainable Development Goals (SDGs) as well as support the re-establishment of the national school meals programme.

Through the sharing of knowledge, expertise and technology, the CSP seeks to strengthen global partnership support to country efforts to achieve the UN’s Strategic Development Goals.

Dr Michelina Andreucci is a Zimbabwean-Italian researcher, industrial design consultant, lecturer and specialist hospitality interior decorator.  She is a published author in her field. For comments e-mail: linamanucci@gmail.com