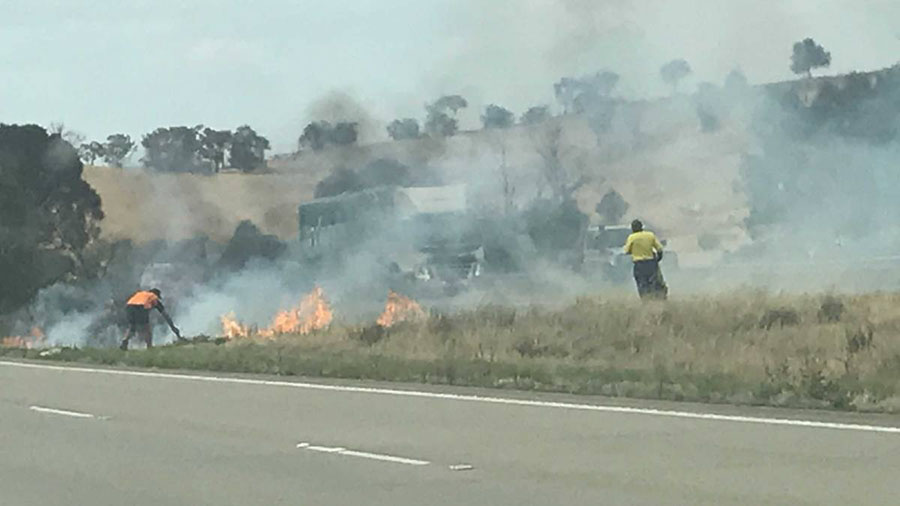 THE sad story of two minors aged five and six who died in a veld fire incident that occurred this August at St Michaels Primary School in Mashonaland West shows we are still from battling the veld fire scourge.

Reports of fires around the country, and the destruction they have caused, are a cause for concern.

Human and animal lives, property and the environment have suffered greatly.

While the country is enjoying positive developments in various sectors, fires threaten all the success that is being recorded.

Veld fires have to be prevented if sustainable development is to be realised.

According to a report by Food Agriculture Organization (FAO), Africa is often referred to as ‘the fire continent’ due to the regular and widespread occurrence of veld fires.

The report states that Africa is highly prone to lightning storms and has a fire climate, the dry season, where fires burn the fuels produced and accumulated during the wet, rain period.

Zimbabwe, therefore, is prone to veld fires that are a result of both natural and man-made actions.

In a statement, EMA said the country recorded an increase in veld fires this year’s fire season.

“The nation has recorded 968 fire incidences since the start of the 2021 veld fire season which destroyed over 250 000 hectares of forest and grassland. This is a 43 percent increase compared to the same period in 2020 where 175 000ha were destroyed from 320 veld fire incidences,” reads the statement.

The statistics of veld fire occurrence in the country clearly highlight that there is need for Government, authorities and citizens to work hand-in-glove to prevent veld fires.

Most veld fires are a result of deliberate human actions that include cooking, waste dumps and careless actions such as disposing of lit cigarettes.

Farmers who have limited resources and equipment to clear and prepare the land using mechanical methods resort to using fire which, in some cases, ends up getting out of hand, leading to destruction of lives and property.

The law in Zimbabwe cautions and guides land users on the measures to be followed to lessen veld fires.

Statutory Instrument of 2007 Environmental Management Regulations states that: “It is the duty of  the land user, owner and  designated authority to put in place fire prevention measures; No person shall deliberately cause a fire outside residential or commercial premises during the period  from July  31 to October 31 each year which is the fire season.”

EMA, on the other hand, is also making sure that offenders are punished.

“The Agency is also using the stick to punish veld fire offenders and to date 4 863 orders have been served countrywide for fireguard construction, 447 tickets issued and 26 dockets opened for various veld fire related offences,” said EMA.

Involvement of the community in ensuring that veld fires are reduced comes with the basic understanding of how fire can be a danger to humans, property, forests and grassland.

Apart from being a danger to man and property, fire contributes to changes in ecosystems that affect the composition, structure and patterns of vegetation on the landscape.

Long-term effects of uncontrolled veld fires is reduction of biodiversity through destruction of flora and fauna, reduction of soil fertility, an increased erosion rate and decreased infiltration which lead to less water for livestock, irrigation, fish, wildlife and people.

The construction of fireguards is, therefore, one of the essential measures that can be taken to ensure safeguarding velds, property and lives of various living organisms as well as human beings.

EMA cntinues to “…to urge members of the public to be on high alert as the risk of veld fire occurrences is high this year owing to the good rains received during the last rainfall season, which resulted in the growth of biomass, an essential ingredient for veld fires.”