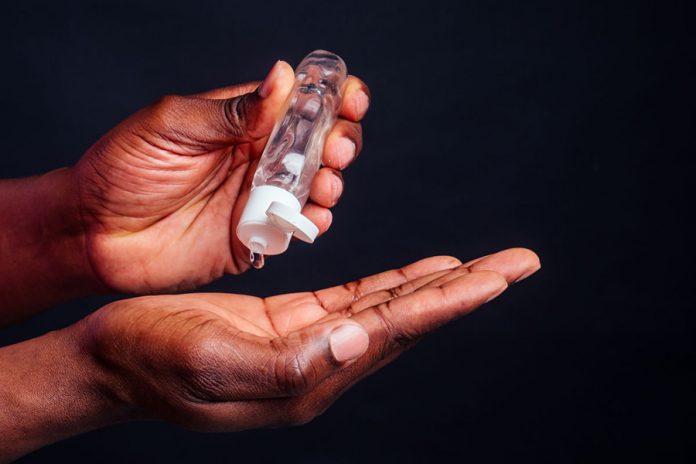 AS most of the Western world, albeit cowered by COVID-19, celebrated the new year, VOC-202012/01, a variant of SARS-CoV-2, first discovered in the UK, had been identified in 33 countries around the world on January 2, including Pakistan, South Korea, Switzerland, Taiwan, Norway, Italy, Japan, Lebanon, India, Canada, Denmark, France, Germany, Iceland and China.

On January 8 2021, the Federated States of Micronesia reported its first confirmed case.

On January 14, a team of scientists from the WHO arrived in Wuhan, China, to ascertain the origin of SARS-CoV-2 and to determine the intermediate hosts between the original reservoir and humans.

However, two of the WHO members were barred from entering China because antibodies for the virus were detected in them both.

On January 25, the Brazil variant was detected in Minnesota, US.

On January 29, it was reported that the Novavax vaccine was only 49 percent effective against the 501.V2 variant in a clinical trial in SA.

Based on Johns Hopkins University statistics, the global death-to-case ratio, as of February 9 2021, was 2,2 percent

Although the precise location where the outbreak of COVID-19 first started is still unknown, many early cases were attributed to people who had visited the Huanan Seafood Wholesale Market in Wuhan, Hubei, China, where first confirmed death was on January 9 2020.

By early October 2020, Dr Mike Ryan, director of WHO’s Health Emergencies Programme estimated that: “About 10 percent of the global population may have been infected by this virus.”

WHO named the disease COVID-19 – short for ‘coronavirus disease of 2019’, the year of the outbreak.

The virus that caused the outbreak is known as severe acute respiratory syndrome coronavirus 2 (SARS-CoV-2).

Scientific consensus is that COVID-19 is a zoonotic virus that arose from bats in a natural setting.

Some infected people will develop symptoms later, called ‘pre-symptomatic’ or have very mild symptoms and can spread the virus.

Most symptomatic people experience symptoms within two-to-seven days after exposure and almost all will experience at least one symptom within 12 days.

An estimated third of people who are infected with the virus do not develop noticeable symptoms at any point in time.

These carriers tend to be blasé about the virus, do not follow recommended protocols, do not to get tested and spread the disease.

COVID-19 spreads from person-to-person, mainly through the respiratory route after an infected person coughs, sneezes, sings, talks or breathes.

A new infection occurs when virus-containing particles exhaled by an infected person, either respiratory droplets or aerosols, get into the mouth, nose or eyes of other people who are in close contact with the infected person.

The closer people interact, and the longer they interact, the more likely they are to transmit the virus.

Airborne transmission is particularly able to occur indoors, in high risk locations such as restaurants, choirs, gyms, nightclubs, offices and religious venues, often when they are crowded or less ventilated.

It is for this reason that these venues still remain closed in Zimbabwe.

During human-to-human transmission, an average 1 000 infectious SARS-CoV-2 virions are thought to initiate a new infection.

It often spreads in clusters, where infections can be traced back to an index case or geographical location.

Super-spreading events, such as weddings, concerts, contact sports such as football and church gatherings, among others, where many people are infected by one person, play a major role in spreading the virus.

WHO has published several testing protocols for the disease for which results are generally available within a few hours to two days.

The standard method of testing for presence of SARS-CoV-2 is typically on respiratory samples obtained by a nasopharyngeal swab.

However, a nasal swab or sputum sample may also be used.

Chest CT scans may be used to diagnose COVID-19 in individuals with a high clinical suspicion of infection but are not recommended for routine screening.

Preventive measures to reduce the chances of infection include staying at home, wearing a mask in public, avoiding crowded places, keeping distance from others, ventilating indoor spaces, washing hands with soap and running water often and for at least 20 seconds, practising good respiratory hygiene and avoiding touching the eyes, nose or mouth with unwashed hands.

Those diagnosed with COVID-19, or who believe they may be infected, are advised to stay home except to get medical care for which a face mask should be worn before entering the healthcare provider’s surgery and/or when in any room or vehicle with another person, cover coughs and sneeze into a tissue, regularly wash hands with soap and water and avoid sharing personal household items.

While we now know that most people may recover from the acute phase of the disease, some patients continue to experience a range of effects for months after recovery — termed ‘long COVID’.

Damage to organs has also been observed in some patients.

As of February 5 2021, 123, 54 million doses of COVID-19 vaccine have been administered worldwide, based on official reports from national health agencies.

Pfizer, Moderna and AstraZeneca predicted a manufacturing capacity of 5,3 billion doses in 2021, which could be used to vaccinate about three billion people (as the vaccines require two doses for a protective effect against COVID-19).

By December 2020, more than 10 billion vaccine doses had been pre-ordered by Western countries, with about half of the doses purchased by high-income countries comprising 14 percent of the world’s population.

To date, many countries, including Zimbabwe, have implemented phased distribution plans that prioritise those at highest risk of complications, such as the elderly and those at high risk of exposure and transmission, such as healthcare workers.

According to health experts at WHO, to achieve a balance between restrictions and normal life, the long-term responses to the pandemic continue to be recommended preventive measures such as social distancing which should be maintained at all times, wearing face masks in public, good ventilation and effective contact tracing.

Strict personal hygiene includes hand-washing, covering one’s mouth when sneezing or coughing (which we were taught to do as little children); disinfecting frequently used surfaces and places and monitoring self-isolation for people exposed or those symptomatic.