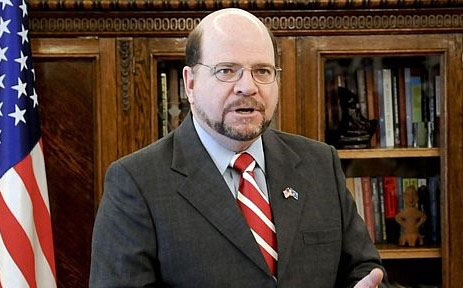 THE most significant takeaway from Zimbabwe’s relentless pressure for the lifting of Western economic sanctions against the country was the unwitting admission by the US’ representative to the UN, Linda Thomas-Greenfield that her country has an embargo against Harare.

There have been frantic efforts by Western countries, particularly the US to deny that they have imposed illegal economic sanctions against Zimbabwe, preferring to call them ‘restrictive measures’ or ‘targeted sanctions’ depending on their mood.

Successive Western Ambassadors have since December 21 2001 and February 18 2002 when the US and the EU, having been waylaid by Britain slapped Zimbabwe with economic sanctions, have been under strict instructions from their countries to deny both the existence and impact of the widely discredited embargo.

That lie has since become unsustainable as the devastating effects of the sanctions continues to play out very much in the open, leaving the Western countries and their local cohorts scampering for cover.

With nowhere to hide, and the impact of the deadly sanctions seamlessly searing through the country’s socio-economic, Western countries and their minions last week raised the stakes, posting furiously onTwitter downplaying the impact of sanctions.

This was after the report presentation by the UN Special Rapporteur on the negative Impact of the Coercive Measures on the Enjoyment of Human Rights, Alena Douhan’s 10 day visit to Zimbabwe to assess the impact of the Western imposed sanctions.

Douhan was in the country from October 18-28.

As she traversed the country, going to the remote parts, it turned out that the devastating effects of the sanctions would be laid bare for the world and the West descended into default mode and went on a pre-emptive drive with shameless lies that the sanctions were targeted at a few individuals and entities allegedly linked to the State.

They claimed that the individuals and entities on their sanctions list had violated human rights, mismanaged the economy among a host of lies that they have tried to sell to the sceptical world over the past decades.

The West has failed dismally to prove their allegations of violation of human rights and mismanagement of the economy over the years, prompting SADC to declare October 25 as Anti-Sanctions Day during its 39th Summit in Dar es Salaam, Tanzania in August 2019.

The message has been loud and unequivocal, the sanctions must go.

This is the same message that is contained in Douhan’s preliminary report which was released to the media on Thursday last week.

The full report will be released at the UN Human Rights Council in September 2022.

“The US and other States should lift their sanctions on targeted individuals and entities and end over-compliance,” Douhan said.

“The time is ripe for sanctioning States and key national stakeholders to engage in a meaningful structured dialogue on political reform, human rights and the rule of law, and abandon rhetoric on sanctions as an advocacy tool.

She said over the last 20 years, sanctions and various forms of over-compliance with sanctions have had an insidious ripple effect on the economy of Zimbabwe and on the enjoyment of fundamental human rights, including access to health, food, safe drinking water and sanitation, education and employment.

“This situation also limits Zimbabwe’s ability to guarantee the functioning of public institutions, delivery of services and maintenance of essential infrastructure and undermines the right to development of the Zimbabwean people and impedes the achievement of the sustainable development goals,” Douhan said.

She revealed that the ripple effects have severely affected the country’s ability to do international transactions.

“This had resulted in inefficient high-cost bank transactions, serious challenges in accessing credit lines and major disruptions in supply-chains, which impinge the ability to secure infrastructure financing and business continuity,” she said.

As expected, the opposition MDC frothed at the mouth, dismissing the report saying it had not captured their views.

Douhan, the party said, had ‘exposed’ her bias towards the Government of Zimbabwe and had visited the country with what the party said was a ‘predetermined outcome’.

“We are shocked that the UN and Douhan released its statement in the middle of our consultation. We are the biggest political party in Zimbabwe and we consider such conduct fraudulent, unprofessional and predetermined,” the party’s vice president and Uncle Sam’s blue eyed boy Tendai Biti tweeted.

“As MDC Alliance, we had a meeting with the UN special rapporteur on coercive measures, Douhan, from 3pm to 5pm this (Wednesday) afternoon. She advised us that our views would be considered and that she would hold a Press conference and then issue a Press statement (on Thursday).”

Not to be outdone was Biti’s handler, Thomas- Greenfield who was speaking during a press conference hosted by the US Africa Regional Media Hub where she claimed that ‘poor administration and human rights violations’ were responsible for the economic instability in the country.

“I have not seen the special rapporteur’s report on Zimbabwe, but let me be clear, our sanctions target individuals and institutions that are committing human rights violations and we make every effort to ensure that those sanctions do not impact the people,” Thomas-Greenfield said, unwittingly admitting that her country indeed has sanctions against Harare.

“We will always resist any criticism of us that says our sanctions are impacting people unfairly.

“You will certainly see that we will be criticised for this. We are criticised for it by the government because they know they are responsible for these actions and I regret that the special rapporteur made the decision to put this in her report.”

Well, we have to admire the US’ consistency in trying to deflect the blame from themselves.

We go back to November 2 2005 when former US Ambassador to Zimbabwe proudly admitted that ZDERA, the US sanctions law on Zimbabwe was ‘the cornerstone of US policy on Zimbabwe’.

Confronted with reality of his country’s sanctions, having embarked on a whirlwind tour of Zimbabwe, Dell said:

“Neither sanctions nor drought are the root cause of Zimbabwe’s decline.

“The Zimbabwe Government’s own gross mismanagement of the economy and its corrupt rule has brought the crisis”.

With the US having admitted for the umpteenth time, that it has imposed sanctions against the country, is it not high time the Government took stern measures against those supporting the sanctions?