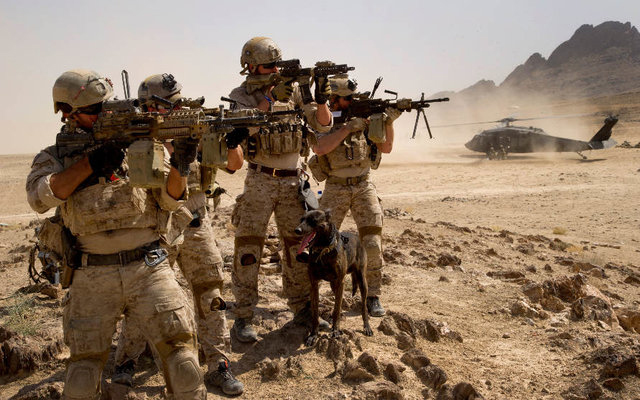 LAST month, US President Joe Biden promised Americans he would restore the US’ position as a world leader and ‘champion of democracy’.

When the US declares itself a world leader, there is a problem.

It is a threat to democracy and world peace for the simple reason that the people of the world have not chosen the US as their leader but the US uses armed force as well as the force of economic wealth looted from across the world to maintain this self-imposition on free nations of the world.

It is an abrogation of the inalienable rights of each people to chart and control the course of their own destiny.

Further, the US cannot champion democracy in the world because it is the major stumbling block to world democracy and peace.

This is not a secret.

The US has literally destroyed nations and murdered world leaders for the simple reason that these nations and their leaders would not trade their sovereignty for American interests.

Iraq and Libya are just a few examples.

It is thus unconscionable that the US should continue to masquerade as a world leader, let alone ‘a champion of democracy’.

The UN Universal Declaration of Human Rights is unequivocal about the equality of each member of the human race.

Its preamble highlights fundamental cardinals on this all important issue:

“Whereas recognition of the inherent dignity and of the equal and inalienable rights of all members of the human family is the foundation of the freedom of justice and peace in the world.

All human beings are born free and equal in dignity and rights. They are endowed with reason and conscience and should act towards one another in a spirit of brotherhood.

Thus we are all equal; all peoples of the world are equal. We do not need any leader outside ourselves.

In each people is ensconced the inalienable right, force and vision to determine one’s destiny.

So where does the US fit in?

Thus we are born free and equal in dignity and rights and, therefore, we do not need the US to punish and destroy nations and individuals for the reason that they do not entertain its plundering and looting of their resources.

Each people of the world has inalienable rights to heritage, land and all it is endowed with.

We of Zimbabwe have never chosen the US as our leader in any sense.

When we were under British bondage for almost a century, where was the US?

When our people were being massacred by the British, where was the US?

When our spiritual and political leaders were executed and hanged for the reason of insisting this land is theirs, their inalienable heritage, where was the US?

Where was this so-called ‘champion of democracy’?

The US never protected our inalienable rights as humans with their own God-given land and wealth.

Instead, it bolstered the rogue Rhodesian regime with weapons of mass destruction which massacred our people at Nyadzonia, Chimoio and Tembwe, among other places.

The US was part of the force we fought in our Chimurenga wars; that force which said that our land, our wealth and our labour was owned by the British, to exploit at will for its self-aggrandisement and that of their European kith and kin.

We still fought and defeated the Americans together with their British kith and kin and the rest of the West European world which was behind the Rhodesian regime.

After we had fought and defeated the European Rhodesian project and were at Lancaster where the project Rhodesia was negotiating its terms of surrender, the Americans offered to provide funds to pay white Rhodesian farmers for the land that the state of Zimbabwe would take to resettle Zimbabweans.

However, when the time came, the Americans would not provide the funds, arguing it was a gentleman’s agreement, and not binding.

This was the height of American hypocrisy.

American hands are red with the blood of the people of Zimbabwe and yet it would not have the decency to make amends in the slightest sense — at least by providing funds for the land that would be restored to the Africans whom they had helped to torment and murder?

After they and the British reneged on their promise to pay for land which not only belonged to the people of Zimbabwe as their inalienable right, but also land which Africans had liberated with their own blood and untold suffering, the Americans, together with their British and European relatives, declared a new war against us, a relentless one in the form of illegal sanctions.

To punish a people whom you have oppressed and exploited for 90 years for having taken back their land as a right of conquest is to declare that such a people have no rights of any kind at all.

But we have rights!

We are part of the human family and no-one can rob us of our humanity and all that it entitles us.

The Americans and British have created the political fracas that is going on now in our country, with the multi-fragmented MDC claiming the Zimbabwean throne, when it is well known that the so-called ‘alliance’ is an instrument of restoring not only British hegemony over Zimbabwe but also Western influence and control over the land.

However, it is prudent to remind the West that we have memories of sobbing shadows in the land, in this great Zimbabwe.

This charade of American self-imposed world leadership and the nonsensical claim of being champions of democracy cannot continue to be flaunted before our eyes.