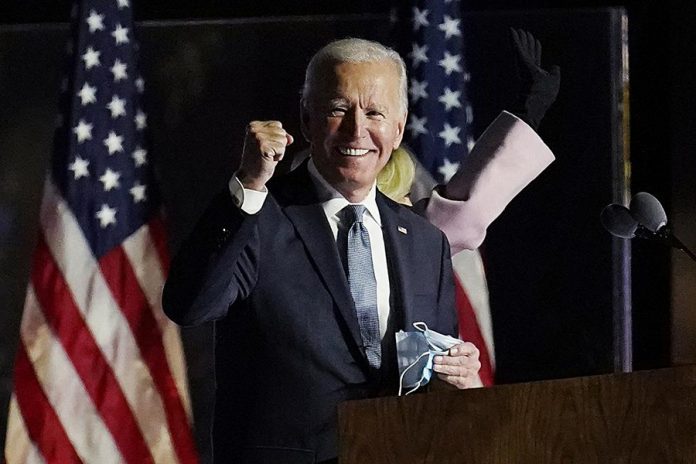 THERE are several reasons for not rushing to celebrate change in the US presidency, especially for Zimbabwe in particular and Africa in general.

The problem is in the power relations between the West, the East, the North and the South which dictates that developing nations be treated unequally.

Given the scenario, Joe Biden’s presidency may not mean improved political and economic fortunes for Zimbabwe.

The President-elect, Biden, a former US Vice-President, the Democratic Party’s nominee, who was Barack Obama’s Vice-President and in US politics since the 1970s, is not a guarantee for total removal of sanctions or change in Western narratives regarding Zimbabwe.

The West is comfortable with docile African nations.

Assertiveness, like that of Zimbabwe displayed through programmes such as the Land Reform and Resettlement Programme, is a threat to Western powers; it awakens other nations to removing the cloak of docility.

There has been, therefore, the US policy on Zimbabwe, which is meant to send a strong message within the SADC region and elsewhere in Africa that land redistribution is political and economic suicide.

During a Foreign Relations Committee on June 3 2015 to discuss the Future of the US-Zimbabwe Relations, one of the presenters stated the fear of the US that Zimbabwe’s boldness on land issue might spread everywhere in Southern Africa that: “…there is…real fear that some years down the line that we might be talking about a governance crisis in South Africa, that we might be talking about governance crises in other nations in the SADC region,” said the presenter.

It is necessary to remember that Senators Bill Frist and Russ Feingold introduced the Bill on Zimbabwe on March 8 2001 which was co-sponsored by Senators Frist, Jesse Helms, Hilary Clinton and Joseph Biden. The Senate passed the Bill on August 1 and the House of Representatives passed the Bill on December 4.

President George W. Bush signed it into law on December 21.

Thus, Biden is one of the architects of the Zimbabwe Democracy and Economic Recovery Act (ZDERA) of 2001.

The question is whether the US, under Biden, will change its way of doing things.

Sanctions have been used by the US to force some country to ‘alter its behaviour’.

The fact is, with regards to Zimbabwe, nothing much will change.

Instead, things might get worse given that Biden would not want to be seen to be departing from a regime change policy that he co-sponsored.

In essence, there is no reason to celebrate the coming to power of Biden because he still represents a system that has seen nothing wrong with keeping Africa on the periphery and destroying any developing nation that asserts itself.

Will one president of America be different from the rest?

Will the US ever acknowledge Zimbabwe’s progress, thus far?

Will the continued insistence of US sanctions on Zimbabwe cease?

Will the framing and misrepresentation end?

Will the new leader consider the calls by African leaders, including South Africa’s President Cyril Ramaphosa, for the sanctions to be lifted?

US leaders cannot be celebrated by Africa as they, in no way, bring lasting solutions to Africa.

They are the same people who have reduced Africa and all Third World countries to wholesale consumers who help grow their economy.

Those who have resisted Western supremacy have been severely punished.

Optimism in the benevolence of the US is misplaced.

During the US Foreign Relations Sub-Committee debate on Future US-Zimbabwe Relations of 2015, the chairman of the sub-committee, Christopher Smith said:

“Zimbabwe is a country, as we know, the size of Montana with a population of nearly 14 million people. However, its mineral wealth gives it an out-sized importance. The Southern Africa nation is the world’s largest source of platinum, gold group-metals, and has significant reserves of nickel, gold, chromium, and dozens of other metals and minerals. Significant diamond reserves were discovered in 2006.”

Thus the US policy on Zimbabwe is informed by the need to exploit the country’s resources.

This harsh stance will not be changing anytime soon until its regime change agenda which can usher in a puppet government that will allow access to the country’s minerals is in place.